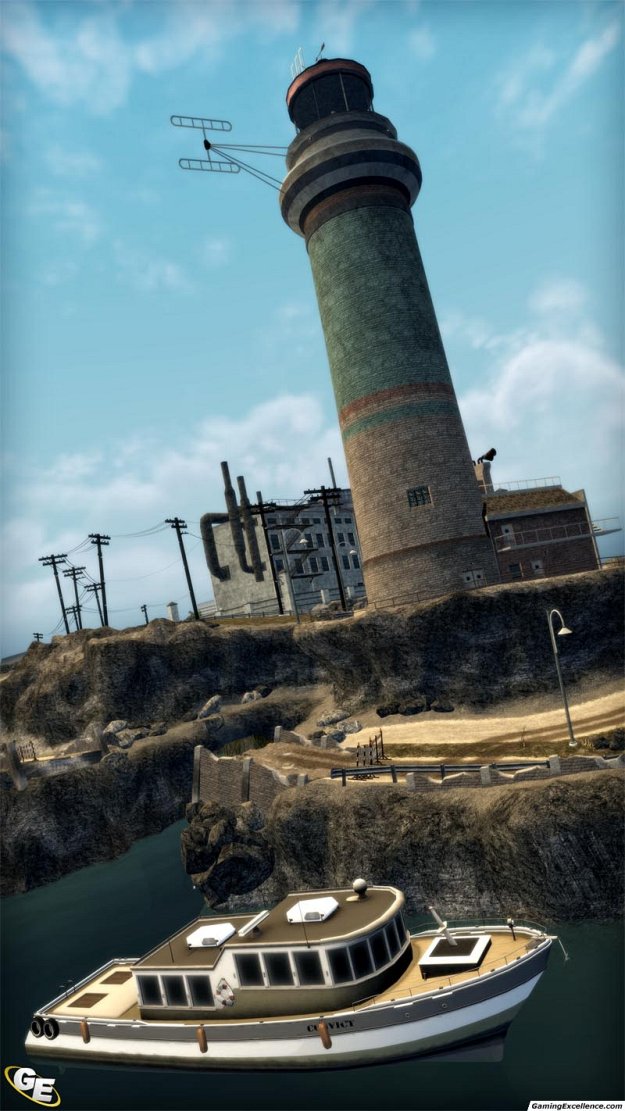 Saints Row was one of the breakout releases of 2006, one of the first "open-world" action-adventure games on the next-generation consoles. Being a new franchise, against all odds it managed to hold its own against the gaming behemoth of the Grand Theft Auto series. Two years later, Volition is nearly finished the sequel, and I recently had an opportunity to go hands-on with the new multiplayer modes the game has to offer.

In the original Saints Row, multiplayer was a key aspect of the game. It offered your typical deathmatch and team deathmatch, alongside a variety of more creative multiplayer modes like Blinged-Out Ride (where you'd raise cash by killing your opponents to upgrade your team's ride in the chop shop), and Protect the Pimp. But while these various modes offered a lot of flexibility, within a few months you'd be hard pressed to find a multiplayer game active with your settings of choice - the community was simply too fragmented. The solution: a new multiplayer mode called Strongarm to replace the many smaller activity-based modes.

Strongarm is essentially a team-based battle for territory, a mode that focuses more on income generation rather than kills. The game rotates through a series of activities; by winning these you'll earn a huge cash bonus for your team. Typically, an activity will last for no more than a few minutes, at which point it will automatically change. One minute you could find yourself racing and the next diving in front of an opponent's car to commit insurance fraud. The activities themselves are varied enough to keep the game interesting: my personal favourites being mayhem (causing as much destruction to property as possible), and the carnage-filled destruction derby. In the end, the team with the most cash picks up the win.

To throw another little twist into the Strongarm mode, each of the six maps contain tagging zones which provide an added bonus if controlled by your team. Ranging from unlimited sprinting to police support in the form of squads that will give your rivals a hard time, these tagging zones are worth the effort and introduce a new dynamic into a typical multiplayer match.

And while you'll find the typical deathmatch (Gangsta Brawl), and team deathmatch (Team Gangsta Brawl) back this time around, the real meat and potatoes of the multiplayer in Saints Row 2 is the co-operative play. Based on what I've played so far, I'll say this: it's slick. Very slick. Hop online with a friend and you'll be able to progress through the entire single player game as a team. Alternatively, you can simply roam around the city, completely untethered from one another. While the AI difficulty does appear to be ramped up slightly (to make up for the extra firepower), roaming the city in tandem is an absolute blast and quite possibly the most entertaining element of the entire game.

James Tsai, the lead developer of Saint's Row 2, says that the team at Volition had two major goals with the sequel. The first is consistency: make the multiplayer consistent with the single player experience. If you can drive it in single player, then you'd better be able to do it in multiplayer. The second philosophy was non-stop action, making the experience as entertaining as possible with little to no downtime. Based on my experience thus far, I'd say they've succeeded in both these goals.

For the statistics junkie, Saints Row 2 will feature new multiplayer statistics which accumulate the more you play online. You'll start out as a New Jack and work your way up the ranks based on the money collected in multiplayer matches. As well, the game will feature individual merit badges; the two revealed were "Brain Surgeon", for an expert in head shots, and "Trigger Happy", for those who just enjoy expelling rounds for the hell of it. These badges will be displayed alongside your gamertag in the various lobby screens.

It's clear that Volition has taken a different approach with Saints Row 2, striving to make the game entertaining rather than concentrating on realism. It has placed an emphasis on over-the-top humour for entertainment - for example, name another title where you can have a dude walking around in a hot dog suit using a trash can as a weapon (that isn't WWE). This style has worked for the franchise, and with its array of multiplayer modes it looks to up-the-anti in the open-world sandbox genre. Set to ship on October 14th for the Xbox 360 and PlayStation 3, with a PC version later this year, Saints Row 2 is definitely one to watch for.