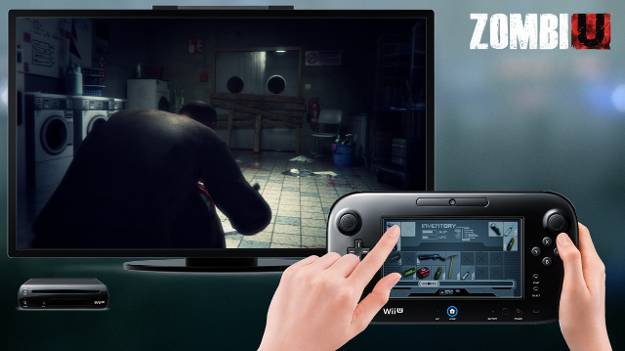 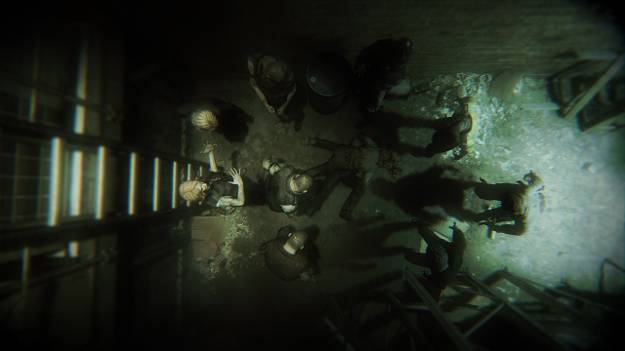 ZombiU is a planned Wii U exclusive from Ubisoft; an entry into the library of Nintendo's newest console. It's a pretty good indicator of the capabilities of the Wii U controller and was very interesting and fairly intuitive to play on.

Taking place in the UK, the single player demo started with the main character in London, trying to make their way to Buckingham Palace and a group of law enforcement who find themselves trapped inside. I was able to get a good feel for the Wii U's controls, starting with the inventory system. When the character goes to a container that holds loot, the container's loot and your inventory both show up on the tablet screen. From that screen, you can pick and choose which pieces of loot you pick up. Because your inventory also shows up on the tablet, it is where you drag and drop your equipment into quick slots. 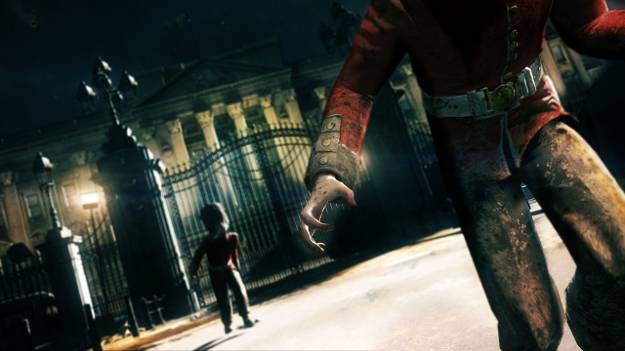 After using the tablet to scan the area for objects of interest, I moved on, encountering a few zombies hanging out in the distance. Using the tablet screen and my inventory, I dragged a crossbow into my quick slot so I could access it with the press of a button on the television screen. And once I'd decided to zoom into an enemy, the tablet was once again pressed into use. Using the tablet, you scan the area around your television, finding the enemy on your small screen so you can zoom in and snipe them from a distance. It was very interesting moving the tablet around for real and scanning around completely away from the TV screen to find my target.

The rest of the controls are fairly easy to use as well, with switching weapons being very easy and simple to control. That became especially important when the zombies that I didn't snipe very well closed the distance and decided to try to eat my face. To help the game's mini map shows up on the tablet screen as well, clearing up most of the screen so you can see the enemies coming at you. It was pretty easy to glance down every so often to check out the map before moving forward.

Promised controls also include tablet hacking, where the character has to use the tablet screen to figure out combinations to open up doors while hoping the enemies don't close in on you. And when grabbed by a zombie, shaking the tablet is supposed to help get them off your character. While playing the demo I didn't actually manage to get grabbed, so I'm not so sure how well that mechanic works, but it looks like an interesting way to help make the game a little more hectic as you go along.

The graphics are also very well done; the fog and smoke that I could see on the screen helped add to the ambience and atmosphere. Even on the crowded show floor, it was very easy to start getting immersed into the gameplay and be drawn in. I was very intent on trying to survive and get past the zombies that were coming after me. All it would take was one bite from a zombie and my character was toast. I can't wait to try to survive the zombie apocalypse on the Wii U with this Ubisoft collaboration.