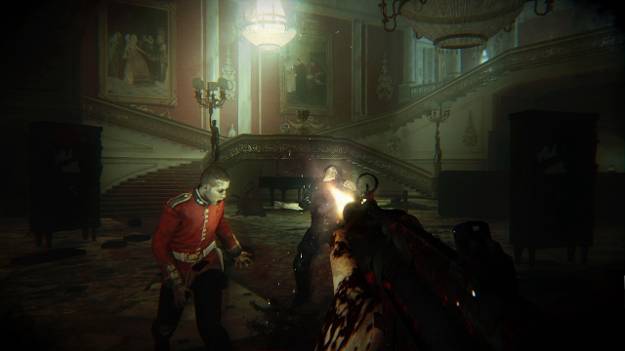 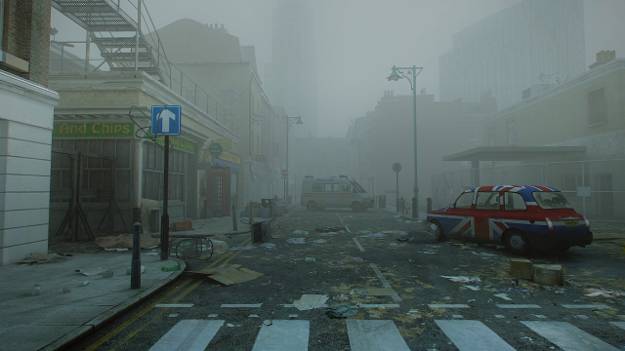 No one can argue that we haven't seen our fair share of zombies in the gaming industry. Everywhere you look the walking dead are being gunned down, struck down, ridiculed and basically reduced to cannon fodder in every way imaginable. But in almost all these games, zombies are often little more than a nuisance - the chaff you fight through to get to bosses, psychos, special zombies, and so forth. Zombies just aren't scary in these games...but in ZombiU they are.

Set in the midst of a ruined London, where a deadly plague has reduced everyone to the walking dead, you're alone in a struggle to survive. Well, alone except for the help of a voice over the radio, known only as the "Prepper", who is helping you out. Following the man's directions, you need to make your way through a variety of environments, fighting the undead along the way, picking up equipment, and in general staying alive. 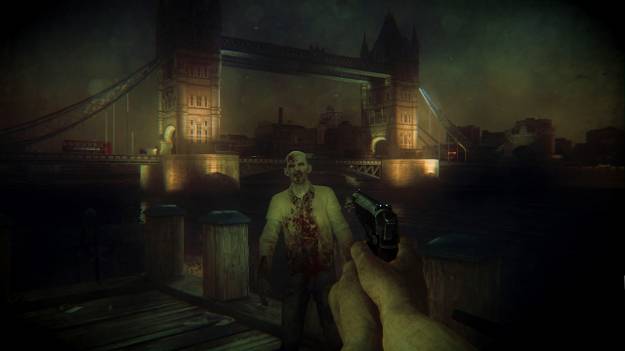 Oh, but the key here in ZombiU is that sometimes, well, you die. Often, in fact. Not only do you take a substantial amount of damage from normal zombie attacks, but if a zombie manages to grab and bite you, that's it: you're dead. Thankfully, the game's not about loading from your previous save - instead, you're simply put into the shoes of another survivor who is thrust into the limelight of the Prepper instead. And the guy who died? Now he or she is a zombie for you to take down and loot for a backpack full of treasure that used to be yours.

Not going to lie: often the transition to a new character feels pretty awkward and forced. No characters are ever given any backstory besides a job title and a name, and never seem to question what's going on.There's a distinct lack of variation in how they begin, as well: everyone starts in the same room, with the same cricket bat and handgun with six bullets. You'd think someone would have a different gun, or someone else would begin with more ammo, or maybe someone would be better at attacking, but that's just not the case.

Combat is a fairly simple affair: you can either use your single melee weapon (you never get more than one, and it can't be upgraded, which is a shame) to slowly knock in a zombie's head, or you can shoot them with one of the guns that dot the city. The key here is strategy - taking out one zombie is easy enough with the cricket bat, and a waste of ammo for a gun. However, two zombies start to become a real problem almost immediately, and if you don't have a good gun when the third shows up, then you had better have an exit strategy. 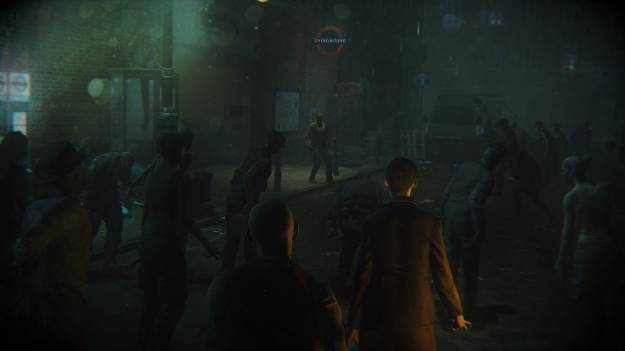 The combat is both one of the more interesting parts of the game and one of the more frustrating, too. Gunplay is fairly simple: point and shoot (though the sound will attract enemies), try to keep track of your ammo. The melee combat is the meat of the title, due to the scarcity of ammo, but it isn't very well implemented - there is only one attack you can make (a general swing to the head), and a finishing move if the zombie is down, and that's it. On one hand, each swing is tense because zombies tend to be faster than they appear - on the other, it is supremely frustrating when a zombie raises both of his hands moments before you're about to strike, grabs, and bites you for an instant kill with no way for you to retaliate.

Guns, at least, have more variety. In addition to your character gaining proficiency with each kind of gun after killing a certain number of zombies with each, you can find upgrade parts around the city as you play to apply to the weapon of your choice. Luckily, even if you die, the gun upgrades remain - even when a character's zombie is permanently lost for whatever reason (it seems that dying while another character zombie is around replaces that zombie with your new death), the guns you collected and upgraded can be found elsewhere. In fact, there's a surveillance system in your safehouse that tells you when different areas have treasure in them, and what kind can be found, making your search miles better than the needle-in-a-haystack situation that would arise otherwise.

The WiiU's gamepad is used interestingly here - you need to keep track of your inventory on it, and since there's no way to pause the game to do so, it means drawing your attention away from the TV, where the action is going on. This can mean a frantic dash through tunnels with the undead on your heels while you sporadically have to look away to make sure to equip a gun, use a flare, check your ammo, etc. It's used well, adding tension whenever you just want to check your map, in case something is sneaking up behind you that you just missed out of the corner of your eye.

One of the biggest flaws I find in this game is the linearity of the title. Instead of being given free reign to explore London, you're pretty much led around by the Prepper and his objectives. The areas themselves aren't particularly open either, and you're often led down one series of rooms after another. They're varied, sure, but the overall structure isn't. This, unfortunately, leads to scripting that, in a game such as this, feels out of place. Sure, being able to slowly and methodically take out zombies as you move is a good idea - a lack of caution will get you killed - but when suddenly a switch flips for no discernable reason and the undead spawn out of the woodwork, all that cautiousness goes right out the window. The result is that anything you do feels pointless when the game can just toss bad guys at you because you went through a particular door. 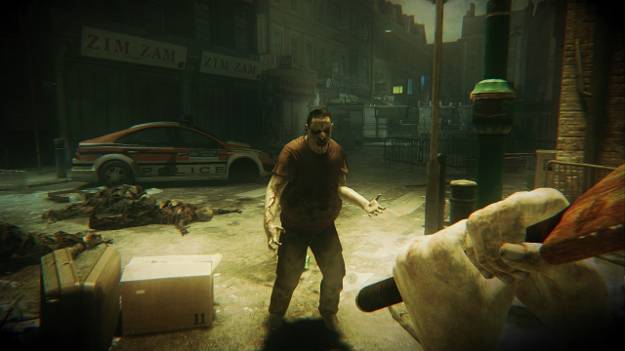 Oh, there's also a multiplayer mode, King of the Zombies, where one person with a gamepad controls a limited number of spawnable zombies, and other characters play survivors trying to capture objectives. It's a neat diversion, and a good example of asymetrical play, though nowhere near the meat of the gameplay here.

ZombiU is not perfect, and has its share of flaws. Still, it's fairly unique in its gameplay, and is definitely one of the better titles on the WiiU to date for people who aren't just looking for ports of previous next-gen titles (and even then, it's near the top). It's a good, tense game that could use more depth, but still shines in its own way - so if you're looking for a zombie game that makes the undead something to fear once again, then look no further.