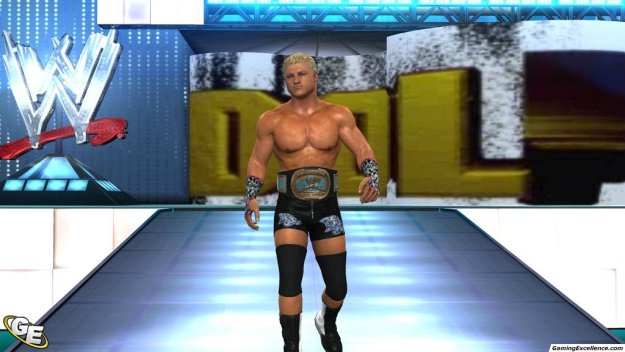 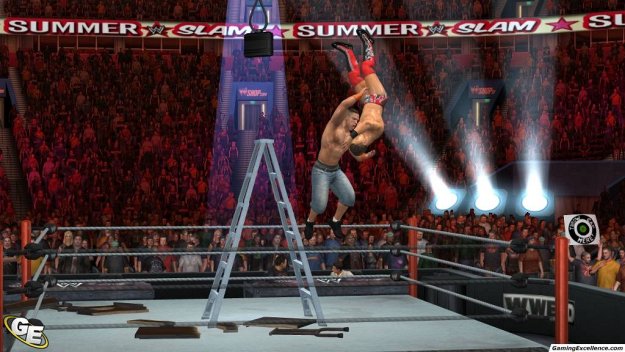 Last week we took a look at the new Smackdown vs. Raw 2011 single player additions to the franchise. This time, we're taking a look at what's on tap for those who want to play with friend and foe alike both on the couch, online, and in the ring.

Many of the modes that we discussed in our single player preview support multiple local players, which is quite exciting when you include the WWE Universe mode in which the AI sets up matches and events for you based on your play patterns. The Xbox version supports 4 players, while the PlayStation version supports up to six at a time. Of course, players can still make all the adjustments and custom settings they like when playing multiplayer locally as well.

The best part of the online play is the new royal rumble. Online royal rumbles are now a 30 person affair, with up to 12 real players. The engine only supports six wrestlers at a time, so if you're playing a match with 12 players, those who are waiting to enter the ring can kill time by watching the match, making predictions about the match itself, and answering trivia questions.

In a nice touch, scoring in the royal rumble is not simply handed to whomever lasts till the end of the match, but rather by eliminating wrestlers, not getting eliminated yourself, varying your attacks. Don't worry if you inevitably get thrown out either, you'll come back in as another wrestler later on, provided there's a enough wrestlers left in the queue.

As all wrestling fans know, eliminating another wrestler in a royal rumble means that you must throw the other guy over the top rope and both feet must hit the canvass. In a nice move to avoid repetition, depending on where the potential eliminatee is, you'll have to hit buttons as fast as you can, do a sequence of quick time button presses, or stop a needle bouncing back and forth on a meter. The more health the opponent has, the harder these minigames get.

Oh, and just to stroke my own ego, I managed to beat the developers at their own game at the Royal Rumble. I proclaim my win proudly in the name of Canadian gamers everywhere! We apologize for the interruption, and now resume with our regularily scheduled preview.

The online fun also continues with a lot of promised DLC for new venues, superstars, and even a few suprises that we're not allowed to talk about yet. Suffice to say, if you're a wrestling fan from back in the day, there's going to be plenty to get excited over.

Smackdown vs. Raw 2011 is promising to be a great online wrestling experience when it is released this holiday.