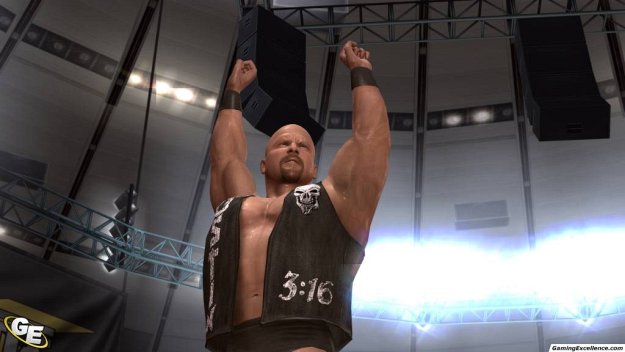 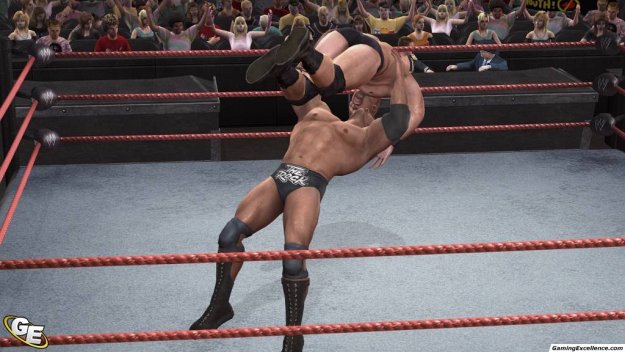 World Wrestling Entertainment is set to make another appearance on next-gen consoles this month with the release of THQ's WWE Legends of WrestleMania. The latest title in THQ's WWE franchise comes packed with superstars selected from the first fifteen WrestleMania events, and is a new take on the early years of the sport. In fact, considerable effort was invested to ensure that every facet of the game is a flashback to the early years of WrestleMania, including simplified control schemes, a shortened list of match types, retro music and even punk era crowd detail (that's right, we're talking mullets and pink shirts). Make no mistake; this game is far from a WWE Smackdown vs. Raw 2009 repeat with a different character set.

Forget the Road to WrestleMania, Legends allows gamers to dive right in to the yearly main event right from the start. The primary game campaign, WrestleMania Tour mode, challenges players to Relive, Rewrite and Redefine epic matches from WrestleMania 1 through XV. That means experiencing some of the greatest matches in history, then having the ability to change the outcome, or even changing its participants and rules as you see fit. All three versions of the Tour mode also feature a set of objectives for each match that, when completed, offer medals later viewable in the Hall of Fame, and other unlockable goodies. This nifty addition also covertly doubles as a training mechanism, urging players to try different combos and fighting styles. The Tour contains over an hour of original WWE footage, including never-before-seen content, originally created in partnership with the WWE specifically for the game. Each match starts with a montage that presents the context and the wrestlers involved, inevitably inciting anticipation for the imminent action. In addition, hardcore wrestling fans will notice that the WWE have created original entrances for those wrestlers that weren't around for the emergence of the JumboTron. Combined with faithfully recreated WrestleMania arenas for each match, Legends brings the excitement and theatrics of the event to your console.

As expected, the game also features the traditional exhibition mode, which allows quick access to a variety of match types and over 40 legends of WWE history, including four notable managers (see the complete roster here). THQ has limited the number of match types to eleven as a representation of the matches of the era, which also allowed them to focus on making each type as unique as possible. Fans rejoice: the full roster of Legends will be available right from the start so no one is left out. And if you're in the mood to take on the old guys with the wrestlers of today, owners of SvR 2009 will be able to import that roster into the Legends game, including any player-created wrestlers, stretching the roster to 100+ WWE personalities. Note that some of the legends are somewhat less-realistically rendered as the developers took some liberties in creating the virtual models, instead opting to reproduce the characters as the buffed-up heroic visions of teenage viewers of the period. Watch out King Kong Bundy, here comes Hulk Hogan's giant torso.

The creation modes of SvR 2009 are again available in Legends (minus the ability to create a finisher), providing its own set of moves, costumes and the like, and additionally supporting the import of the expansive SvR piece set. When you're ready, take your creation to the new Legend Killer mode, where you'll face a survival style of play against the Legends, where more points are awarded for consecutive wins and bonuses are offered based on how well you fare. Defeat a predetermined set of opponents and become the next Legend to be forever honored in marble.

From damage meters to control schemes, the gameplay has been completely reinvented for Legends of WrestleMania in an attempt to make the game more accessible to a wider audience. The complex limb-damage system of SvR has been replaced with a simple stamina meter, which essentially illustrates how difficult it will be to pin your opponent at any given time. At the risk of turning the game into a single-button masher, the control scheme also forgets the triggers and superfluous analog sticks to bring back the configurations of the SNES days. Use the left analog stick to move around and only 4 more buttons are needed to strike, grab, defend, and perform miscellaneous actions. Thankfully, players will quickly realize that repeatedly mashing the strike button will buy them a one-way trip to a face-full of mat, since the third strike is usually slower and very vulnerable to the defend-then-grab counter. Nevertheless, the newly added combo-chaining mechanism provides an additional element of variety. Stuck in your opponent's headlock? Just hit the requested combo button first and you can counter the move. Similar toss-up "encounters" also appear when a grapple between two wrestlers is evenly matched. As if that weren't enough, a momentum meter takes your character through three levels that change the animations and effectiveness of the actions performed. Reaching a full bar at level 3 grants access to perform a finisher.

The game's visuals have not changed very much since SvR 2009, other than the new characters and arenas of course. Nitpickers will see a deeper, more realistically animated crowd and may even notice that all animations for Legends characters have been redone from scratch, but that's about it. However, the AI has been greatly improved, and for manager characters in particular. The manager's role has been enhanced, putting a new spin on thoughts of predicting the outcome of any match. They will often distract opponents while you're down and occasionally even pull your leg over the ropes if you're about to lose, which will no doubt raise cause for excitement in many multiplayer games with your buddies. On that note, the game supports multiplayer matches with up to 4 playable characters simultaneously, in both online and offline games.

Overall, the game represents a shift in the franchise from detailed simulation to more arcade-style wrestling, which is sure to help attract those WWE fans that haven't been in touch with their consoles in a while. Look for WWE Legends of WrestleMania for Xbox 360 and PLAYSTATION 3 on store shelves on March 24. A demo is already available for download on Xbox LIVE, and is expected to be available shortly for PS3 on the PlayStation Network.