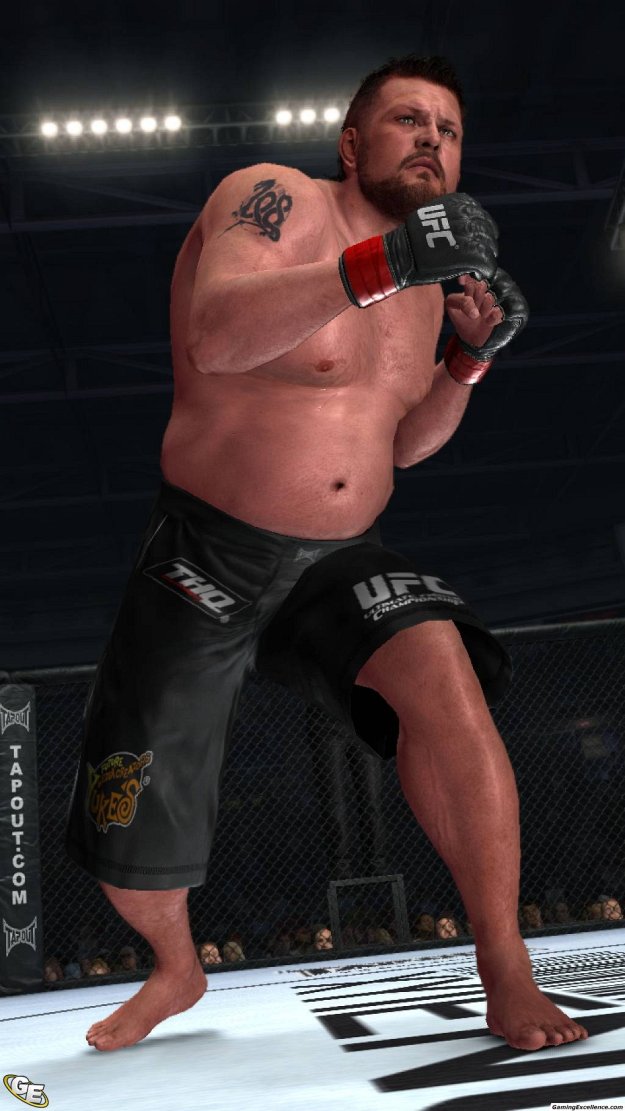 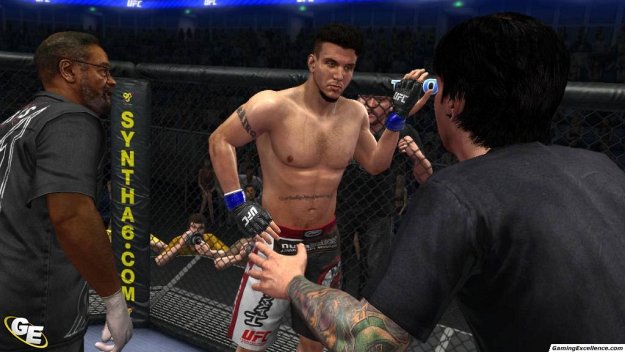 MMA has become one of the fastest growing sports in North America, and the UFC is leading the way. Thus, it's no surprise to see MMA games gaining popularity. With THQ's Undisputed series entering its sophomore season and set to face off against a new unlicensed offering by EA, we recently had an opportunity to explore THQ's 2010 entry in-depth and check out some of the new features and improvements over last years debut release.

In an earlier preview, I covered some of the new gameplay enhancements after a few bouts in the Octagon, and briefly discussed some of the new features, notably the expanded create-a-fighter mode. Today, I'll be exploring the revamped and new gameplay modes in UFC 2010 as well as the vastly enhanced career mode, bringing a freshly created fighter to the octagon and working up the ranks from the World Fighting Alliance (WFA) all the way to the big leagues

UFC 2010 Undisputed will bring a variety of modes to the table, exhibition, event, title, title defense, tournament, ultimate fights, and a lengthy career mode. The event mode is a single or multiplayer mode where you can setup your own Pay Per View event, dictating each matchup on the fight card or downloading pre-created events based on real-world UFC offerings through PSN or Xbox Live. These events have all of the flair of a real PPV event, including an opening segment from Joe Rogan and Mike Goldberg discussing the fight card, and a recap at the end of the event.

Title mode is an in interesting cross between exhibition and a full length career. You'll be pitted against a series of opponents, starting out in small venues and eventually working your way up to a huge UFC PPV where the title is on the line. You'll get an option to choose between eight, ten or twelve fighters, and as you progress up the ladder the fights will become increasingly difficult. If you lose a match you'll get an opportunity to instantly attempt a rematch and continue from where you left off. Upon completion of title mode, you'll unlock the new title defense mode.

In title defense mode, you're already the champion and have a target on your back. It can be thought of as survival, you'll have to face off against a dozen fighters vying for your belt. You'll progress through four classes of three fighters each, earning a milestone after each class. What makes title defense mode different is you'll have to manage the condition of your fighter throughout the mode. If you take a few serious blows to the head in one match, it may mean that you're more susceptible to be knocked out in a future bout, so you'll have to adjust your style of play accordingly. Between title and title defense mode, it's a great way to get the gratification of a full length career without the time commitment.

This year, you'll also be able to create offline tournaments via the introduction of tournament mode. Selecting from a traditional set of tournament brackets with four, eight, and sixteen man tournaments, each slot can be assigned with either a player or computer controller fighter.

UFC 2010 Undisputed will introduce the Ultimate Fights mode, which is an evolution of last year's Classic Fights mode. This takes you back to some of the most memorable fights in the UFC's history, and allows you to participate in these classic bouts. New this year, you can also face off in these classic fights against a friend, or play as the spoiler and try to change the outcome of the fight. As well, the Ultimate Fights mode introduces fight categories (Ultimate 2009, Ultimate Classics, Ultimate Knockouts, and Ultimate Submissions), and multiple challenges during a fight. Each of these Classic Fights opens with a summary video, a few of the highlights, and notes on why it was significant in the UFC's history, with a slick presentation that will leave UFC fans foaming at the mouth.

One of the biggest improvements in UFC 2010 is the vastly expanded career mode, which spans a length of twelve years (up from seven in last years game), and the introduction of stat decay, where your stats will decrease unless you continuously train them. Instead of starting out in the big leagues, this year you'll start out as an amateur, and have an opportunity to participate in up to five matches before turning pro and entering the minor leagues, the World Fighting Alliance (WFA). This year, you aren't guaranteed a spot in the UFC, you'll have to work your way up the ranks and earn that shot.

This year, the career mode is much more story driven, after a few big wins in the WFA you'll be approached by Dana White for a chance at a UFC tryout. Do well, and you could earn that spot in the big leagues, participating in UFC Ultimate Fight Night undercards until you rack up a few wins. Eventually, you'll earn your chance to fight in a main card, and then a PPV. Win a few big events, and you may just earn a shot at the big prize, the UFC title. If you find yourself dominating your weight class, the career mode will offer a couple of chances to switch weight classes for an additional challenge.

In the weeks leading up to a bout, you'll be expected to train and condition your fighter, carefully balancing fatigue and the risk of an injury from overtraining. Three forms of training are available, to increase your attributes you can select from light, moderate, or heavy training (each of which increases both those attributes and fatigue accordingly), or upgrade specific skills through sparring with a partner. In response to feedback from last years game, you'll have the option of automated sparring (for fewer points), which is useful for those of us who are impatient and simply want to get to the next big event. The final form of training is camp invites; you'll be able to train with other camps in the weeks leading up to a bout, learning new moves and techniques.

While training is critically important, it isn't everything in the life of a fighter. You'll be expected to interact with the fans, the media, and other fighters. During post-fight interviews with Joe Rogan, you'll get the opportunity to respect or disrespect your opponent, thank your sponsors, or simply make a shout out to the fans, each of which will impact your popularity and cred. Your cred will dictate when you can upgrade elements like more challenging sparring partners (higher skill caps), and more demanding training programs (higher attribute caps). Consistently disrespecting your opponents will earn you rivals in the Octagon, and you're sometimes even given the opportunity to call out for a rematch of a past loss to a rival during a post fight interview.

One final note about the enhanced career mode in 2010 Undisputed is the introduction of a system dubbed "the game is always watching". Essentially, this is a tracking system that keeps tabs on your fighter throughout a career. If you use a lot of the same moves or have a habit of finishing your matches by knockout, your opponent will pick up on this when training for a bout, and may avoid exposing themselves to your strengths. This also comes into play in the vastly improved commentary by Joe Rogan and Mike Goldberg, where they'll make note of your favourite moves, finishing strategy, and strengths, as well as those of your opponent.

UFC 2010 Undisputed is a huge step forward in a short period of time, offering a variety of new modes, a vastly expanded career, highly refined gameplay and an improved create-a-fighter mode (as noted in our earlier preview). Set to ship on May 25th for the PlayStation 3 and Xbox 360, UFC 2010 Undisputed is shaping up to be a great sophomore release to the series. Stay tuned for our full review in the next couple of weeks.