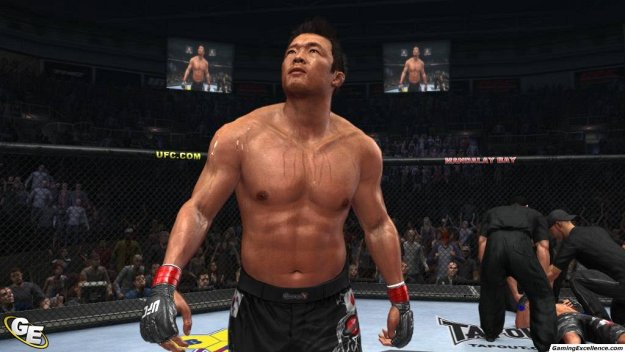 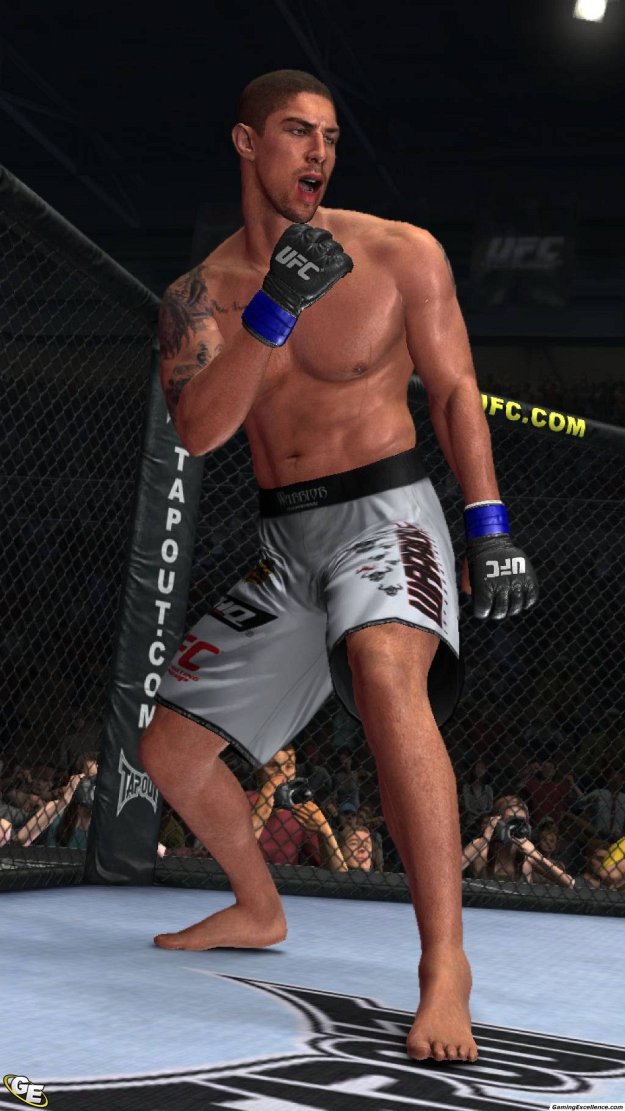 It's a rare thing for a new sports video game franchise to come out of the gates flying, but that's just what THQ managed to do with last years UFC 2009 Undisputed. Now to be fair, that wasn't the first UFC branded game released, Crave had previously shipped a mess of a game with the license. But thankfully, the developers at Yuke's were not only to overcome those hurdles with Undisputed 2009, they exceeded all expectations and delivered an all-around excellent game.

Thus, you can only imagine how excited I was to get my hands on an early build of the 2010 offering, which promises to enhance both the gameplay and presentation, and improve a few of the sore spots of the first game. I recently had a chance to give both the vastly improved create-a-fighter and try out a few bouts in the octagon, and thus far I like what I'm seeing.

While UFC 2009 was an outstanding game all things considered, it wasn't perfect and had a few rough patches. One of those was the very limited create a fighter system, while you could mostly accomplish what you wanted to achieve the results were often mixed, and getting there left you pulling out your hair. Placing items like sponsorship logos and tattoos didn't offer a lot of flexibility. That's all changed in Undisputed 2010. Every fighter in the game was created via this tool, replacing the tattoo and logo "slot" system is a freeform "stamp" tool that allows you to flow around the fighter freely and place items as you'd like. You can layer tattoos and mix them together to create some really interesting effects. As well, you'll find a much deeper customization system, be it creating the facial features or body type, you can customize and tweak your fighter in extreme detail. The game will also offer a set of templates to start out with, in case you don't feel like adjusting all of the fine details. These features feel very natural, and are a great step forward for those who breathe customization.

The game will also offer a wide variety of first and last names to select from, each of which will be spoken by the fight commentators to add one more element of realism to the experience. You'll be able to select from a number of voices for your fighter which will further immerse you into the career mode, as you'll hear your character speak during interview segments and other cut scenes. As well, during the pre-fight you'll have an opportunity to either respect or disrespect your opponent. This level of customization and freedom, both physical and attitude, is a vast improvement over last years offering, and should really help players connect with their created fighters.

This year, the career mode has been vastly overhauled, instead of picking from different fighting styles you can start with a template and customize every move that your character can perform. This flexibility allows you to really allow your custom characters to pull from every discipline of mixed martial arts. As well, unlike the 2009 offering, you won't immediately start in the UFC, you'll start in the World Fighting Alliance (WFA) and need to work your way up the ranks to eventually earn a shot at a UFC fight. If it goes well, you'll be offered a contract. Otherwise, prepare to spend more time in the minors. Just because you've made it to the big time doesn't mean you'll stay there. A few lackluster performances and you'll quickly find yourself on the bubble to be sent back down.

And it's not all about your in-ring performance. This year, your fighter will age, and unless you finesse their skills and work out regularly, their skills will degrade. As your fighter gets older, the speed of this degradation will increase, and the injuries suffered in previous fights will wear on your character over time.

Visually, Undisputed 2010 looks very similar to 2009, and that isn't a bad thing. Last years entry was extremely good looking, and that same look has been carried forward in this year's edition. Facial and body detail are superb, and seeing the bruises and black eyes after a grueling bout really help bring the sport to life.

But really, as good as the fighters look, the meat of Undisputed really boils down to hand the game handles in the octagon. Thankfully, the guys at Yuke's understand this to, and have overhauled the gameplay to remove a few of the annoyances of the past release. The grappling system has been drastically overhauled, and new is a sway system that works based on the philosophy of maximum risk means maximum reward. Albeit subtle, swaying can be used to dodge attacks, by swaying to the right or left at the correct time you may open your opponent up for an opportune counterattack. However, swaying in the wrong direction can lead to a devastating result. The control mechanism for swaying is quite simple, by holding the right bumper you control the amount of sway with the left thumbstick, and in the heat of action this feels quite natural. All in all a welcome addition, and something that could mean the difference of raising your arm as a champion, or lying knocked out cold on the mat.

While Undisputed 2009 offered flash knockouts which mimic the UFC really well, this year you'll also find the introduction of a flash submission. One mistake in the octagon, and that could be the end of your fight. Instead of rapidly pressing buttons this year to escape from a submission attempt, both players will rapidly rotate the right thumbstick. Once you have an opponent pinned in a submission, you can quickly switch up that submission to a different hold, which will require your opponent to reverse the direction of their right thumbstick rotation. Failing to recognize this fact will leave you tapping faster then Drwal over Palhares in UFC 111.

As an added bonus for PS3 owners, the UFC 2010 Undisputed will include full-length, high-definition video of some of the UFC's most memorable bouts. This is definitely an exclusive worth considering, especially if you own both platforms.

Set to ship this May on the Xbox 360, PlayStation, 3, and PSP, UFC 2010 Undisputed looks to bring the franchise to an all new level. I've only had a chance to try out of the new create-a-fighter mode, and go a few rounds in the octagon, and thus far from what I've seen UFC 2010 is looking very promising. Keep checking back as we get closer to the games release for additional coverage as we explore some of the new multiplayer offerings.