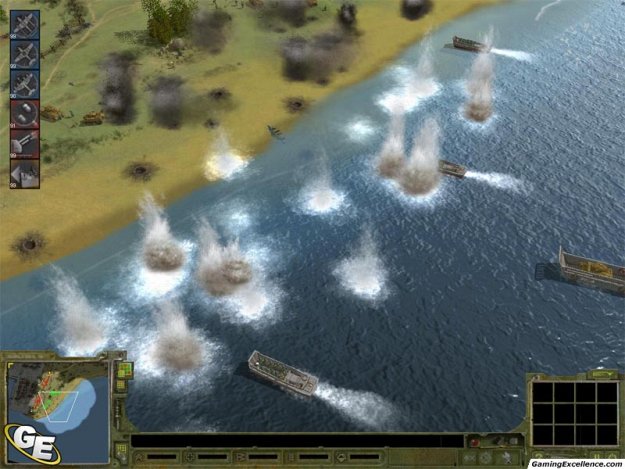 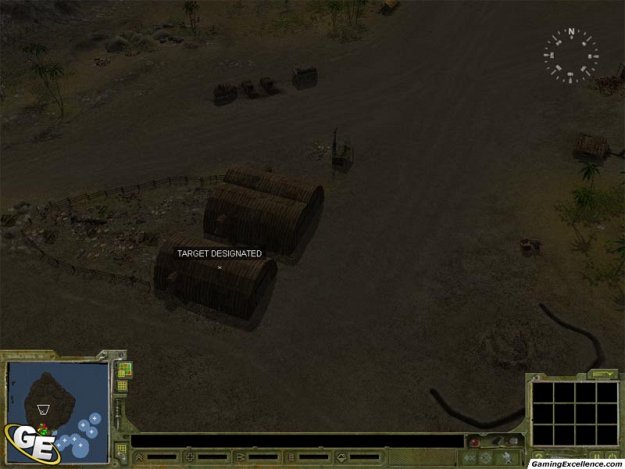 We were recently given an opportunity to take a test drive of Fireglow's upcoming third addition to the Sudden Strike series, a near-complete build getting ready to ship out next month. For those unfamiliar with the series, it's a real-time strategy franchise, with an emphasis placed on realistic war combat. The game takes us you through key battles in the Second World War, including Iwo Jima (on both sides of the fight) and the Battle of Normandy, among others. It's a slow paced extremely strategic game, which looks to improve upon many elements of the previous two iterations.

Sudden Strike 3 isn't your typical real-time strategy release; you won't find any traditional resource gathering or base building. It's heavily oriented around unit micromanagement and strategic tactics, learning how to use cover, flank, soften up, and outwit the enemy. In most missions, you are presented with a limited supply of reinforcements, which arrive in fairly regular intervals. Typically, the mission objectives involve either capturing points on a map, or defending said points, and the battles can (and will) often last for hours. When your troops and equipment arrive (usually via landing parties), you'll slowly engage the enemy and heavily utilize trench warfare to progress towards the capture points. To soften up the trenches, bunkers, and other emplacements prior to a ground assault, you can use artillery strikes or air-bombings to lay waste to enemy occupants. As well, Sudden Strike 3 will introduce naval operations, although I didn't have much of an opportunity to experience them firsthand. It's reported that the game will offer the ability to use submarines to take out enemy convoy and supply ships, and cut off crucial support ties.

Sudden Strike 3 allows you to perform a deep level of micromanagement, everything from managing the amount of fuel remaining in tanks, to the supply of ammunition available. As a more traditional RTS gamer, I had a tendency to ignore these factors during play, which is one of the reasons I was often annihilated on the battlefield. You'll also find yourself commanding hundreds of units at a time, proper positioning and grouping of units is essential to gain the upper hand. Thankfully, the game offers an option to display an icon above each unit indicating what type it is. While it may be easy to find a Panzer on the map, that lone sniper can often disappear out of sight and it's much easier to keep track of units this time around.

That said, the AI in Sudden Strike 3 is challenging, even on the easiest settings. You'll need to employ some strategy to outwit them, it's not simply a matter of sending wave after wave of units and overwhelming their defenses, I've tried this approach and it usually results in a lot of casualties with little gain. Given that the some of the maps are enormous, you'll need all the reinforcements you can get, and sending infantry into the path of a machine gunner isn't usually the best approach.

Aesthetically, Sudden Strike 3 has a similar look and feel of past installments. This time around, the developers are using a new 3D engine, which allows you to rotate and zoom in close to get a better look at the action. Units themselves are a little bland when up close, but from a distance the game looks decent. The water effects are truly the best element of the graphical presentation, as the waves ripple you can clearly see the dynamic lighting at play. Surprisingly, SS3 has fairly hefty requirements, it'll require at least a GeForce 6600 or a Radeon 9800, and 1GB of RAM, which I find difficult to comprehend as the units themselves aren't particularly detailed. Graphically Sudden Strike 3 can't really compare with other big-budget RTS games, but the visuals are suitable for those who will truly appreciate the style of play.

The game offers the standard fare in terms of modes, the most popular being the multiple campaigns that recreates many of the significant battles in World War 2. You'll be able to play as the American's or the Japanese in the Battle of Iwo Jima, or take the side of the Germans or Allied forces in the European Campaign. As well, SS3 offers multiplayer over the internet and local area network with up to three other players. The multiplayer games have a slightly quicker pace (as you'll have significantly fewer units on each side), but can still result in some lengthy sessions. As with the campaigns, there's no resource gathering, and the idea is to capture control points on the map. The more control points you hold, the more reinforcements are delivered. I had an opportunity to compete against several journalists with the beta build, while two of us battled it out; the third just sat back and gathered reinforcements. It wasn't long before he was easily able to overtake both of our crippled armies. An interesting and entertaining session, but I can see where it had the potential to be a long and drawn out battle that could possibly take a commitment of several hours to complete.

My only complaint thus far is that the game still has a few pathfinding issues. On occasion, I found my units stopped in the middle of an open field, and they would somewhat regularly take odd routes to reach a destination. An example of this was in the battle of Iwo Jima, the units had a tendency to take the long route around a cliffside instead of the more direct path I'd expected. With that said, the build we were playing was not yet complete, and I was informed that most of these quirks would be improved prior to the games release.

As the game ships in North America next month, fans of previous iterations will likely be quite pleased with the new enhancements. While it's not every RTS gamers cup of tea, strategy fans, especially those who enjoy the micromanagement aspects will appreciate the style of play.