Sudden Strike 3: Arms for Victory is a strategy game developed by Fireglow Games for the PC. The game was released on March 24, 2008.

A really good strategy game is not easy to find. Sure, any game can have you build units and send them to die, but making a very good real-time strategy (emphasis on strategy) is not an easy task. Enter Sudden Strike 3, the latest game in the World War II strategy genre. Read More.

We were recently given an opportunity to take a test drive of Fireglow's upcoming third addition to the Sudden Strike series, a near-complete build getting ready to ship out next month. For those unfamiliar with the series, it's a real-time strategy franchise, with an emphasis placed on realistic war combat. Read More. 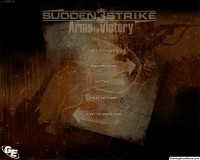 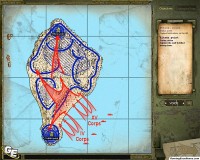 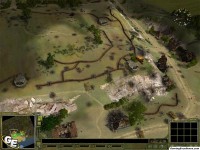 cdv Software and Fireglow Games shipped their WWII RTS - Sudden Strike 3: Arms for Victory - to North American retail. Sudden Strike III is the latest in the series of Sudden Strike WWII RTS games that drop players into some of the biggest and most furious battles of WWII. Read More.

cdv Software Entertainment USA and Fireglow Games are pleased to announce that Sudden Strike 3: Arms for Victory has gone gold. The game, set to begin shipping to North American retail outlets on March 10, is the latest in the Sudden Strike WWII RTS series that drop players into some of the biggest and most furious battles of WWII. Read More.