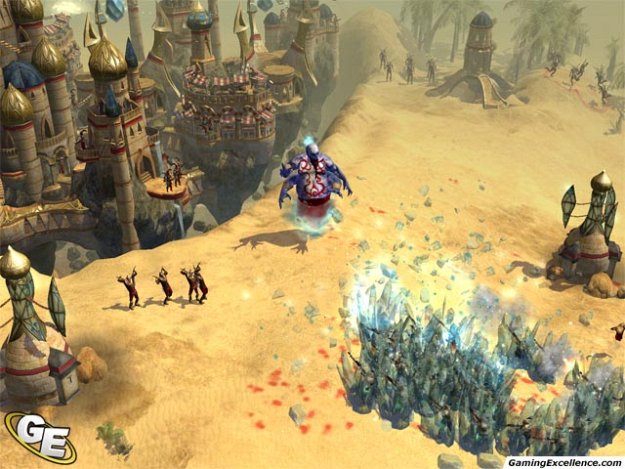 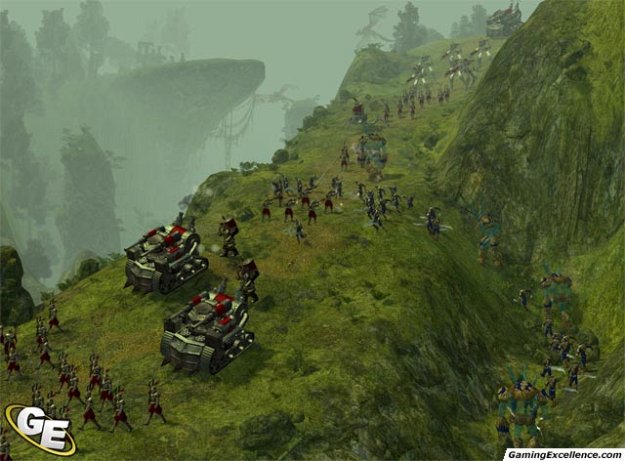 While still in development, Microsoft's Rise of Legends is showing a great amount of promise as a real-time strategy game, but the nagging question is does it offer anything different to a genre where players make multiplayer into a science? A spiritual successor to Microsoft's "Rise of Nations", this iteration of the franchise takes player to a fantasy setting where magic battles science.

The preview build I was provided was really rough around the edges but did provide just enough to get a taste for two of the factions in the game, the Vinci and the Alim. A third faction is still under development. The models in the game look great and with only a glance you can tell which unit belongs to each faction, they are that distinct in style. Unfortunately sound was barely present and the terrain of the maps that were included didn't exactly feel as fantastic as the units and buildings being built on them.

Players will be fighting over resources like little blue crystals and trade outposts as they seek to expand on their territorial borders and eventually destroy the opposing cities. At the same time they will be spending resources to upgrade technologies that increase the resources they can gather and the population and strength of their armies. All of this was already familiar to me as I sat down to play my first game as the steam powered Vinci people and playing the game was like picking up a friends bike and taking it for a spin, slightly strange at first, but you know how to ride a bike so you'll be okay with some practice. The user interface is intuitive and easy to use like the previous Rise of Nations game. Base management has been stripped down to simplicity, you won't be micromanaging your workers while you scramble to build a barracks, your attention will be where it is needed the most, on your armies.

The Vinci are a faction with strong, durable war machines, and defensive structures. A Vinci army rattles and clanks around the battlefield, while its flying machines whir and putter overhead, and your powerful general uses his powers to aid your army or devastate the opposition. The troops at your command and the upgrades available are too many to research all of them in a game so you are forced to pick a style you want to play and some favorite units to upgrade in order to overpower your enemies. In many ways the Vinci are like the standard faction you will find in any game of this type, solid in most areas but masters of none.

The Alim play differently than the Vinci and offer the most to a player looking for something different. The Alim, magical dessert dwellers, play fast and hard, with many weak units to swarm around the tougher but less numerous Vinci. The Alim have an emphasis on summoning troops anywhere on the battlefield, so can appear anywhere. While in a straight up fight the Alim usually loose to the Vinci, but with attention to your units and hero's special abilities, you can distract your enemy long enough to launch the real attack while his forces are diverted. While neither faction can be everywhere at once, the Alim can appear to be coming from all directions at once, making it important for both sides to continually scout the map for enemy concentrations.

Everything in the preview build looks good thusfar, but it remains to be seen if Rise of Legends emerges from the ovens of the game studio delicious, or be found stale on the discount rack the following morning. Only time will tell, but we're optimistic for this one.