Rise of Nations: Rise of Legends is a strategy game developed by Big Huge Games for the PC. The game was released on May 9, 2006.

Though a shining example of a real-time strategy game, Big Huge Games' Rise of Nations: Rise of Legends feels less than perfect in the end. Full of promise and interesting ideas it has a few nagging issues that keep it from being a true classic. Read More.

While still in development, Microsoft's Rise of Legends is showing a great amount of promise as a real-time strategy game, but the nagging question is does it offer anything different to a genre where players make multiplayer into a science? A spiritual successor to Microsoft's "Rise of Nations", this iteration of the franchise takes player to a fantasy setting where magic battles science. Read More. 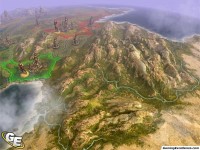 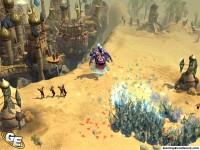 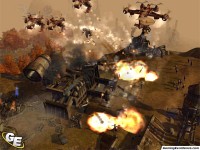