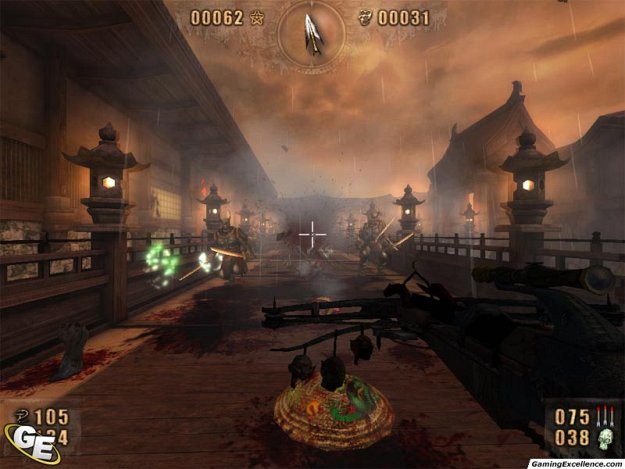 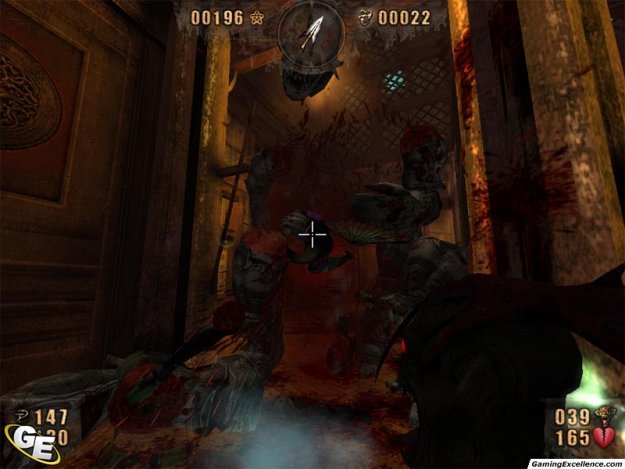 I recently had an opportunity to sit down with a producer at DreamCatcher Interactive in Toronto, and get a hands-on demo of the upcoming sequel to Painkiller. Originally started as a community mod, Painkiller: Overdose now has the complete backing of the publisher and will be shipping out next week. How does this even more demonic twist to Painkiller look? Read more to find out.

Painkiller: Overdose continues to the story started at the conclusion of the first. This time around, you play as Belial - when Lucifer dies at the end of the first game, you are set free - free to seek revenge on those who entrapped you. It begins with an escape from the lower regions of purgatory, and as you progress through the game you'll encounter numerous puzzle-oriented bosses similar to those of a platformer, except these demons are often larger then a house, and twice as mean as anything you've seen to date.

Without any doubt, Painkiller is a speed-oriented first-person-shooter. As with the original, the single player mode is story-based and takes you through the twisted tale of revenge. Not only does Painkiller: Overdose play fast, it's a very dark and demonic FPS, the game really makes you feel like you're battling in the lower regions of purgatory. Offering seventeen new levels, it's a pretty standard style of run-and-gun gameplay that's both satisfying and as gory as can be.

The most unique trait that the original Painkiller had to offer was an innovative array of weaponry, and you'll find a new collection in Overdose, with a slightly more demonic twist - and a few classic weapons for some added enjoyment. An a few examples, the hell cube essentially becomes a chainsaw when used up close, and can leave a bloody mess behind. The standard rocket launcher is extra useful in Overdose, as it's secondary fire is a machine gun for good measure. A scoped crossbow is useful for pinning enemies to the wall, and the egg bomb is essentially a remote mine that'll leave body parts scattered in all directions. You're default weapon this time around is a shrunken demon head, with laser eyes, and when squeezed it unleashes a cloud of hate at the selected enemy, essentially disintegrating them into a pile of dust. If not for anything else, Painkiller: Overdose is worth a look if not just to see the creative weaponry Mindware has come up with, and this is just a taste of what the final build will offer.

Returning to Painkiller: Overdose is a new set of Tarot cards, adding an incentive to play through the game again, and a bit of an RPG-element to the game. These tarot cards are awarded as you progress through the game, similar to a form of achievement, for completing special tasks (an example, beating a level within a set period of time, eliminating every enemy in the level, etc). The basic idea of the tarot card is to make playing the game a little bit easier. An example of this; one of the tarot cards will allow you to suck in souls automatically, rather then having to pick them up by walking over them. It's a surprisingly simple concept that plays well within the scope of the game, and actually provides a bit of incentive to play through more then once.

Where you'll find much of the real enjoyment of Painkiller is in the multiplayer arena. Overdose adds eight new maps, one of which was developed by the community itself. As an added bonus, players with Painkiller: Overdose will be able to compete against those with Painkiller, in an effort to avoid segmenting the dedicated community behind the game.

Shipping next week, Painkiller Overdose looks to be a satisfying entry for anyone who enjoyed the original, or simply wants to spend a few hours shooting up demonic creatures in the lower regions of Purgatory. It's a speed-oriented first-person shooter with a creative array of weaponry that makes blowing those demons to pieces all that much more satisfying.