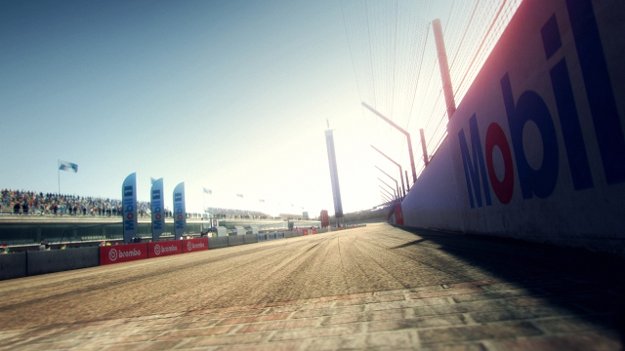 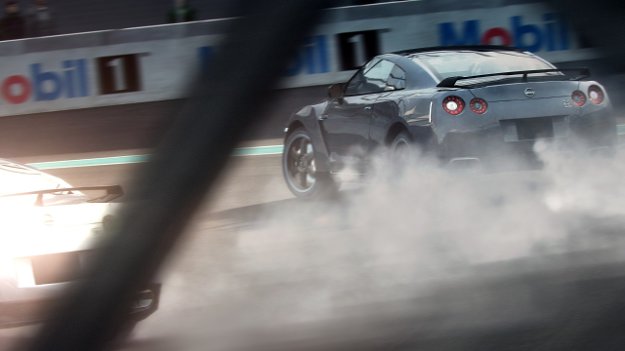 The biggest challenge these days for any racing game is to find an audience and make that niche as happy as possible. The most successful racing franchises over the last 20 years follow this philosophy to a tee, whether its Burnout and Need for Speed for the arcade crowd, or Gran Turismo and Forza Motorsport for the hardcore simulation crowd. If you fall somewhere in between like I do, then you can generally find a more realistic, yet still arcadey experience with Codemasters' stable of racing games like Grid and Dirt. While Grid 2 straddles the line between realism and fantasy as effectively as any Codemasters' racer that's come before, it's middle of the road design keeps this admittedly great racing game from being an all time classic. 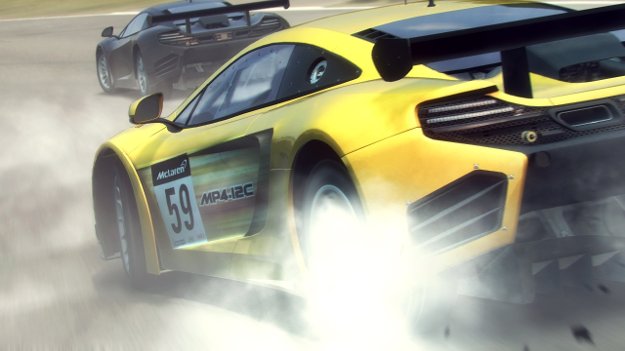 Grid 2 has no time for you if you need your hand held and be coddled. From the moment you pop the game into your console, the game throws you into a race with 11 other cars. Just drive. It's a unique way to start things off, except that I wanted to jump into the multiplayer, and the game takes a solid half hour explaining the career mode before you get started. Patience is required off the starting grid, no pun intended.

I'll get into the multiplayer in a bit, but it's clear from the get go that the actual racing action is rock solid. The physics of the cars definitely lean towards the simulation side of the spectrum, but are forgiving enough to drift through corners easily enough. You car will take damage from any sort of collision, whether its scraping the rail or rushing headfirst into a corner. The changes in handling from damage, let alone things like weight and drive train are effectively handled as well. Trying to whip a four wheel drive car around a corner feels entirely different than the effortless drifting that a rear wheel drive car will have for example.

The AI is also superb. They will block your attempts to pass on tight corners, they'll make mistakes of their own, and generally race like real people, including getting aggressive in response to your own moves. The game also encourages rivalries with other racers, and trust me, by the end of the first season of the career mode, you'll be cursing that dastardly Harrison Carter, who somehow manages to finish first in every race, unless you're skilled/lucky enough to bump him to second. 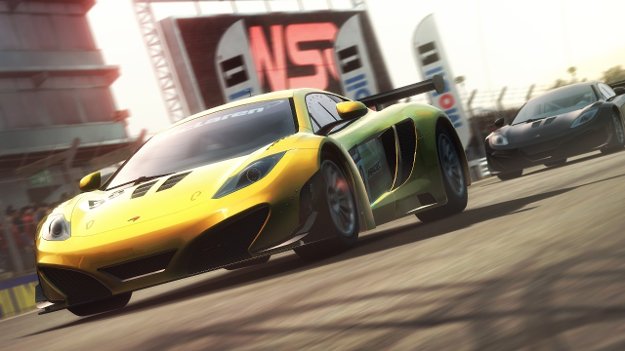 There are dozens of tracks in the game as well, so your chances of getting bored with the environments are definitely low, which helps the replay value of the game. The tracks span the globe from American cities Miami and Chicago, to more worldly cities like Tokyo, Barcelona, and Paris. Unlike most racing games that have a set track per locale, Grid 2 offers multiple variations of city's track, some of which have up to a half dozen variations. The track designs are generally superb and challenging. Most tracks feature tight corners and straightaways, forcing players to be cautious about passing and their aggression levels. From cramped city tracks to more open country roads, there's plenty to see and drive on in Grid 2.

There is also a great variety of race types to take part in. The aforementioned track variations allow for a white-knuckle mode that randomizes the turns on the track and disables your map. There's also a slew of time trials, straight races, tournaments, head to head face-offs, last place eliminator races, and my personal favorite, the overtake mode that challenges you to pass as many pick up trucks on the track as possible. You get multipliers for passing trucks quickly, but any collision with the trucks or railing makes you lose your score multiplier bonus.

Grid 2 also brings back the very useful rewind feature that allows you rewind the last ten seconds of the race to undo crashes and mistakes. It's a very useful feature that still keeps the game challenging, and it's even fun to play around with.

Going full circle, the career mode is a lot of fun. It tries really hard to put you in the shoes of a young hot shot driver in a fledging racing circuit. As you taste success on the track, you gain fans for everything you do, whether it's completing sponsor objectives or just winning races. Starting off as a YouTube sensation, your success directly correlates with the marketing of the WSR racing circuit. As you get more popular, the WSR will break through on ESPN, and you'll bring in more real world sponsors for more objectives. You'll also unlock new cars as you go, obviously with better acceleration, top speed, and handling as you progress as well. It's all a lot of fun, and very engrossing. Measuring your success by the number of fans you have is a unique way of going about things too.

It's been all roses so far for Grid 2, and if everything I've mentioned so far sounds good to you, purchase without fear, because Grid 2 is truly a great racing title. It's not all perfect though. Gearheads will lament the lack of fine tuning options in the single player, which I actually didn't mind because it kept things focused and streamlined. More beginner players may lament the lack of visible racing lines and driving assists. The only difficulty adjustments available is the actual difficulty adjustment. I found a great groove playing on normal, but your mileage may vary. I was also bummed that there was no cockpit view in the game, and the closest you get is a view of the hood at the bottom of the screen, which is still immersive. After playing with the sublime cockpit view in Need for Speed Shift 2, it is a little hard to go back.

I was also aggravated by the fact that no matter how well you do in previous races, you always start near the back of the pack for every race, meaning that the first 30 seconds of the race you really have to watch out for other racers, while that damn Harrison Carter gets to speed off undisturbed from the start of every race.

The multiplayer is serviceable, but it didn't hold my attention for very long, especially local split screen. Playing with a friend on the couch is entirely dependent on how much stuff you've unlocked in the single player game, and without the rewinding feature, makes the game feel a lot more generic than it actually is. Online multiplayer fares better with the ability to measure up against anyone on an in-game friends list. The system works a lot like Autolog in the recent Need for Speed games, which means you'll be notified if a friend beats your time and other news throughout the community.

In a very nice touch, each online player is given an impact rating, which essentially measures how aggressively you drive. High impact players are matched with other high impact players, while more racing focused players can rest assured that one jerk isn't going to just demolish everyone off the track either. The multiplayer also institutes a cash system that allows you to tweak your cars and buy other goodies. It's weird that this feature isn't in the career mode, but it allows the multiplayer to stand on its own a little bit, and definitely gives it a much more addictive quality.

The lack of a cockpit view notwithstanding, Grid 2 looks fantastic. Lighting, car models, damage, and even barely noticeable trackside details like a person talking on a cell phone or a bumper flying off a car and staying on the track add to the immersion. There's some frame rate hitches when the cars are all bunched together, and the car models aren't quite as sharp as those found in Gran Turismo 5 and Forza Motorsport, but I'll take slightly less detailed cars in exchange for the great damage model on display.

The sounds of the track are excellent. Every car sounds differently, and tire squeals on huge drifts sound great. Music is really sparse, but that's not an issue considering you can turn on custom soundtracks regardless of what platform you're playing the game on. The voice that guides you through the track get irritating pretty quickly, and I muted him really quickly.

All in all, Grid 2 is slightly flawed, but more than worthy successor to not only the original Grid, but Codemasters' enviable stable of racing titles. It may not be perfect, but the edge-of-control style of racing will really appeal to those who want something in between the ridiculous bombast of Need for Speed and the crushing realism of other driving sims. It's well worth taking a spin on this Grid.