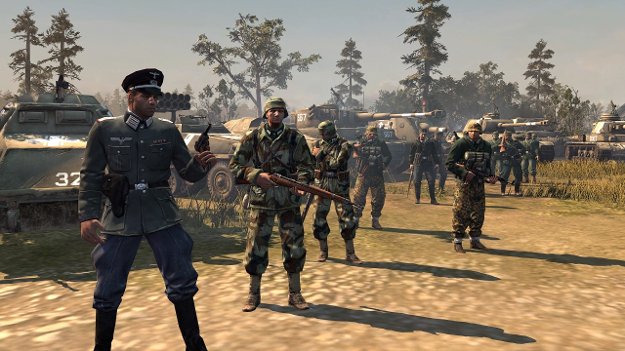 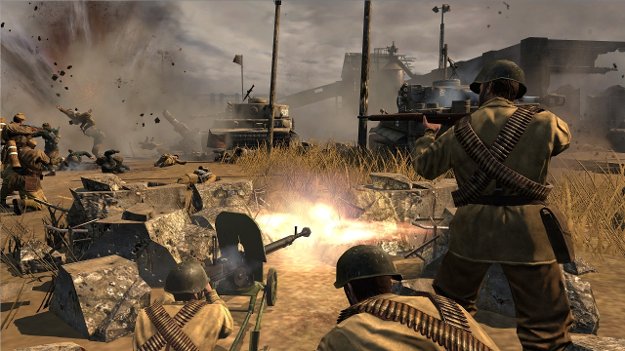 It takes a lot for me to get excited over a real time strategy game. As a lapsed fan of the genre who hasn't played one since the original Starcraft, I tended to find the genre more frustrating than fun, especially when playing Blizzard's takes on the genre that dealt more with resource hounding and unit building than any significant and realistic military tactics. It is with great shame that I missed Company of Heroes on its initial go around, because if it's half as impressive as the personal demo we were given by Relic and THQ at E3, this is the game that the RTS genre has always aspired to be.

While the original game took place on the western front involving the allies, COH2 switches theatres of WWII and is played from the point of view of the Russians during the same time. The soviet army lost a million soldiers during these events. Would you be able to do better? COH2 will dare you to find out.

There is no home base in COH2 like you'd find in your average Starcraft or Red Alert. Here, your soldiers are constantly on the move, going from one obstacle to the next, fulfilling objectives and killing Germans. 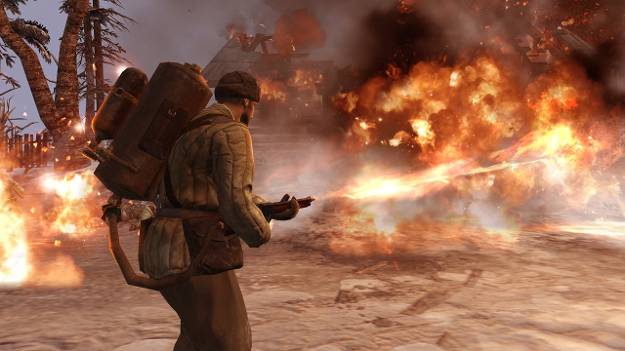 The most impressive in the demo we saw were the physics and environmental obstacles that play a real role in the strategies you'll use. Ice and snow are no longer just textures to make the world look different. Soldiers will have to step carefully in deep snow, which will slow them down, while tanks will slide around realistically on the ice. Snow will melt when encountering fire, buildings will burn down and break apart realistically, and the cover that soldiers are using can be blown apart by tank shells and machine gun fire. Most impressive is that the game featured the same level of graphical fidelity that you could expect from a 2005/06 era first person shooter on the Xbox 360, but on a much bigger scale. The demo we saw was already looking fantastic, and we were even more impressed when the Relic representative informed us that we were seeing a DirectX 9 version of the game. The final game will support an even higher level of graphical detail through its promised DirectX 11 support.

The AI on display was also very impressive, with expected military tactics like suppressing other units and trying to flank around the opponent. Some new wrinkles to the formula include the ability to vault over low walls, and a completely new fog of war engine. Unlike other RTS titles that reveal the rest of the world and map to you in a fully developed circle around your units, COH2's fog of war is entirely dependent on visibility. Things like trees, buildings, smoke, debris, and fire will block your view of the map, creating an entirely new tactical challenge rooted in realism. 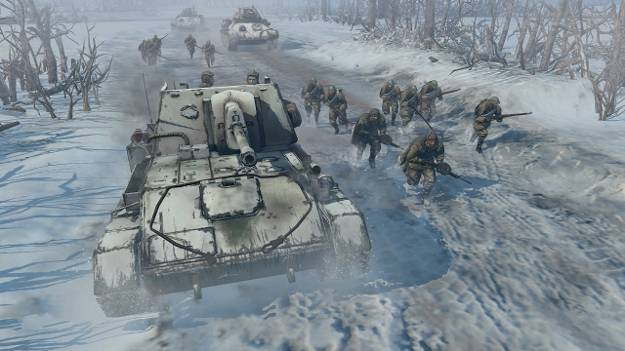 The game also takes into account Stalin's actual order 227, which ordered the soviet soldiers to not even consider retreating. The Soviets would actually gun down their own men if they were caught retreating in a battle, and the same rule applies here. It's great when a game can be equally fun and educational with little tidbits like that.

Since we weren't hands on with the title at the actual event, we can't comment on how fluid the game mechanics are in practice, but considering that the original title remains the highest rated RTS title of all time, it's safe to say that this one should play just as well as the original did, considering that the same developer in behind the reins.

We can't wait to get our hands on the massive battles and superior tactics of this promising looking RTS when it is released in early 2013.