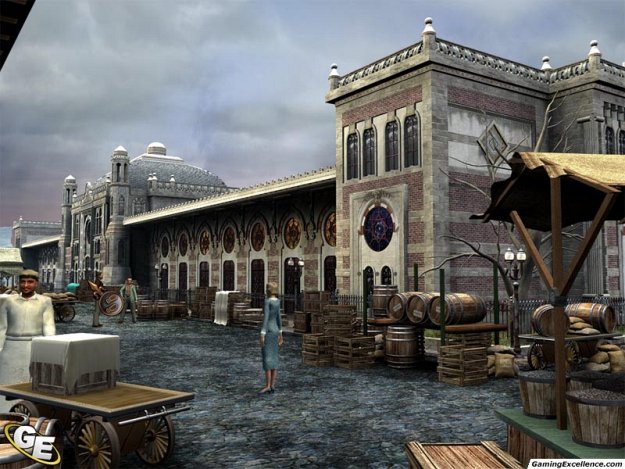 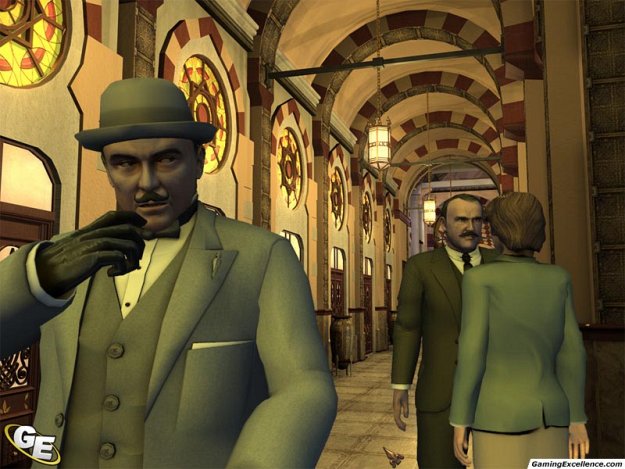 You are Antoinette, an employee of the Orient Express with a quiet passion for solving mysteries. While at a train station in Istanbul, you instantly recognize the legendary Belgian detective Hercule Poirot and quickly become friends. The Orient Express is on route when a murder occurs, followed by a mysterious avalanche which suddenly halts the train and injures Perault, leaving him bed-ridden for the remainder of the game. Fortunately though, he acts as a mentor, providing a guide and hints system throughout the game.

The story progresses through three major environments. While you'll spend a lot of time onboard the train itself, you'll also get to explore the train station in Istanbul and the outdoor environment after the avalanche halts the Orient Express. Essentially the game is a straight extension from the original. The title utilizes the same gameplay engine and mechanics, though the graphics engine has been enhanced, notably the character models and animation. One difference however, is that the inventory collected in this release will be mandatory for the completion of the story, you won't have useless inventory items that are not needed to progress.

In the demo provided, the visuals were looking sharp. Character animation was fluid, environments had a nice artistic touch to them, and you could even see the characters' breath as she stepped out into the arctic climate.

An interesting tidbit, The Adventure Company is hard at work securing the voice talent of David Suchet, who played the detective Hercule Poirot in the A&E series. In addition, they have contracted Lee Sheldon to craft the design and dialogue for the game. He is famous as the writer of the game Dark Side of the Moon, and has credits as a scriptwriter for the Charlie's Angels TV series and Star Trek: The Next Generation.

The game will offer twenty interactive characters, and a variety of puzzles relevant to the gameplay experience. One final note for the Agatha Christie buffs, the ending in the game will be different from that in the book, with a surprise twist when you least expect it. The next entry into the Agatha Christie game portfolio is shaping up nicely, and is set to ship in November 2006.