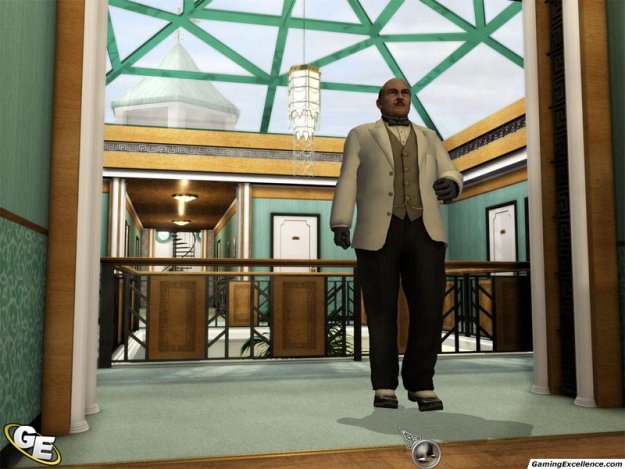 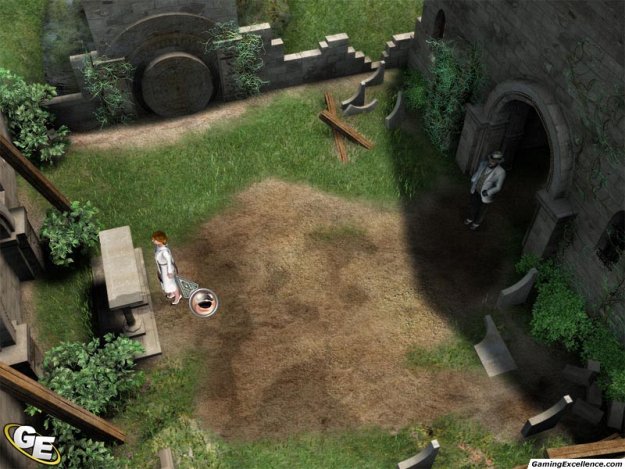 Agatha Christie: Evil Under the Sun will be the third Agatha Christie game from The Adventure Company. Unlike the previous games where a character was added for you to control, this time you'll take the reins as the famous Belgian detective Hercule Poirot.

The game begins with Arthur Hastings and Poirot sitting in Poirot's office where Poirot is depressed due to the war Hitler is waging in Europe. In order to pass the time between blackouts and sirens, Poirot suggests that he tells Hastings about the recent murder case he solved at Seadrift Island. He describes it to Hastings in a way so vivid, that it'll feel like he's actually there.

So technically, you're actually playing Arthur Hastings in Poirot's body who is, in a way, sent back in time to control Poirot's actions as a way of experiencing the events for himself. Poirot tells Hastings to gather a few items from his office before he can take him back. He really won't do anything unless you've really scoured his office.

This time, the game offers a lot of hints and basically tells you what you need to do next if you're stuck. On Poirot's desk is the Finger of Suspicion which can help you when you're not sure about your next step. Your notebook that you carry will also take excellent notes of the people you've encountered as well as the tasks that you need to accomplish. This makes things much easier and there seems to be a lot less backtracking.

Like other adventure games, you'll have the ability to explore your surroundings and be able to interact with your environment with a single click. Your cursor will change if there is something of interest to either look at or pick up. Double clicking will allow you to quickly jump to the next location. There are two ways to access your inventory where you hold the items that you've collected. You can right click to bring up the inventory or simply go to the top of your screen where you'll have access to main menu options, inventory, notebook, and the ability to travel back and forth between Poirot's office and the island. By clicking the picture of Poirot and Hastings (that you took off the wall) and you will be sent back and forth from the island to Poirot's office.

As Poirot, you'll meet the large cast on Seadrift Island, each with their own set of problems and reasons as to why they're there. Even though we all know that someone is about to be murdered, the point is for Hastings to gather as much information as he can. Throughout the investigation you'll hear the humorous banter between Hastings and Poirot as they argue and poke fun at each other.

Unlike Murder on the Orient Express, you'll have a lot of room to travel, rather than being stuck on a train. As always, the environment is detailed and rich with colors. The in-game graphics look a lot better in this version. The preview didn't have a majority of the cut scenes ready, but from the short snippets that I did see, so far it's looking good. Poirot waddles probably due to his character, but movements are fluid and facial expressions seem to be more prominent so it doesn't feel like you're always talking to stiffs. The dialogue is also very amusing, with great voice acting by many of the characters, but none of the voice actors have been confirmed. Like the other Agatha Christie games, there isn't a lot in terms of music, but when there is, it's very fitting and pleasant to the ear.