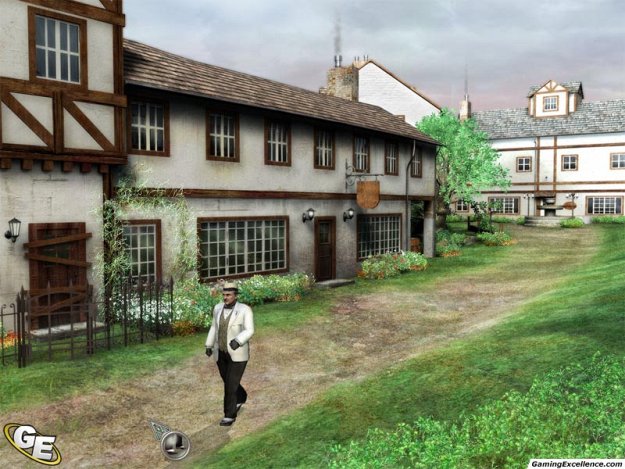 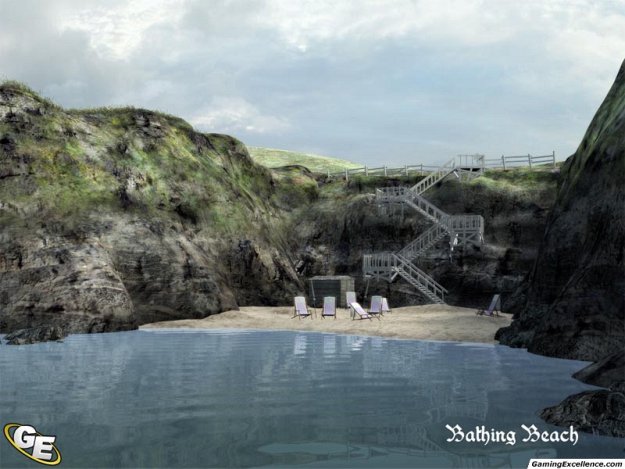 Agatha Christie fans can now play as the famous Belgian detective, Hercule Poirot, in Evil Under the Sun, The Adventure Company's third installment in the series. Rather than coming up with an entirely new character for players to control, this time the player can control Poirot to unravel the mystery on Seadrift Island.

You start off in Poirot's office while he is complaining about the war to his friend Arthur Hastings. They get onto the subject of a recent murder case on Seadrift Island that Poirot was able to solve with his superior sleuthing skills. Poirot decides to take Hastings back in time so that Hastings can solve the mystery himself, but in Poirot's shoes. So technically, you do play Poirot, but under Hasting's control. This is a rather bizarre way of setting up the game. Granted, the back and forth banter between Poirot and Hastings does provide some amusement.

Before going back in time, Poirot won't let you leave until you've gathered all the materials that you will need on your journey. He also explains that you may return to his office with a click of the portrait that you've conveniently taken off the wall. On his desk is the Finger of Suspicion, a useful tool if you ever get stuck. It's basically a plate where you can place a name card in the center and the finger will point to one five options: talk, assist, observe, search room and eavesdrop. If you're ever wondering who you need to track down next, the finger can be helpful. You are also carrying a notebook that is constantly updated with details about each person you come across.

It will be fairly obvious once you reach Seadrift Island, which one of the guests will die. As Poirot, your job is to get to know everyone, as the murder doesn't actually happen until much later. There are other things going on with the island as well, such as women getting strangled and ghosts haunting the local pub.

As with all adventure games, Evil Under the Sun includes a lot of walking and collecting miscellaneous items. Your best bet is to scan each screen and make sure you grab everything that isn't bolted down, and talk to anyone who's willing to have a conversation. The island is a lot bigger than the previous locales in the Agatha Christie games, but exploring gets old when you've already examined every corner, only to have to go back again and see if there was anything you missed. Poirot waddles incredibly slowly but the ability to double click to fade into the next screen is useful. However it's a slow fade, which makes you wish there was a way to crank up the speed of the game. The puzzles aren't the most creative, you're usually using one item to interact with something else, or you're putting together random junk that you picked up to build something obscure, like a bird blind. So if you happen to pick everything up along the way, a little trial and error should work. Otherwise, the hardest part is finding out who you need to talk to next and tracking them down. It's not necessarily hard, but it's tedious.

Using the inventory however is as easy as a click of the right button of the mouse. At the top of your screen you also have the other options such as switching back and forth between the office and the island as well as your notebook.

The graphics are decent and the cut scenes are slightly better than the previous games. However, they can still be a bit fuzzy and some characters look a little awkward. Seadrift Island and its hotel are pleasant to look at, making your first few rounds around the island a treat. Taking the sea tractor, a raised tractor that can drive through water, to reach the town is a rather interesting mode of transportation too.

The music is very fitting, in the sense that you don't really find anything that seems out of place, but I didn't come across any score that stands out either. Voiceovers are a mixed bag. Some actors do a better job than the others. However the dialogue between Hastings and Poirot make up for the lackluster effort from the other characters.

Evil Under the Sun isn't particularly hard, but due to the larger area it can sometimes be tough to track down the person you need to speak with. I was a little disappointed with the pacing of the game and I also wish that the original novel was included, like the previous Agatha Christie games. I generally like to read the book first and then see how the game follows the story, if it does at all. I was hoping that the game would have been a little more engaging because the slow pace made it hard to trudge through. It's still worth a shot if you're looking for an adventure game to play, just be aware that it may take a little more patience than you're willing to give.