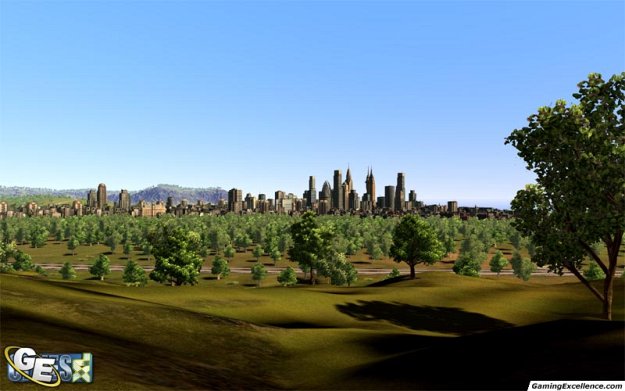 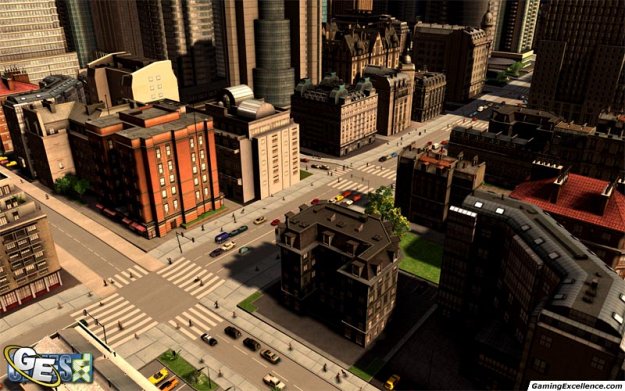 We recently had a chance to speak with Jerome Gastaldi, CEO of Monte Cristo, about their upcoming city builder, CITIES XL. He goes into great detail in his responses, and provides a wealth of new information on the game.

Shawn Snider (GamingExcellence): Thanks for taking the time to answer our questions about the upcoming city builder, CITIES XL. First off, can you tell us a little about yourself, and your role with Monte Cristo?

Shawn: Can you briefly describe CITIES XL, and what it will offer players that we've never seen in a city builder before? What inspired you to combine a traditional city builder with MMO elements?

Jerome: CITIES XL is first what we believe a single player city builder game should be in 2009. We took the genre's features and improved upon them, as well as bringing in some new concepts.

Our aim is to give you an incredible amount of power and realism when designing your city, while at the same time, offering easy tools to do this with. For instance, while your city grows, you will start facing more and more issues with your transport network. You will then have the choice either to totally change your roads by expanding and replacing them with wider avenues and the like; or you may choose to optimize your existing transport network by picking a lane in your roads and change it to a bus line only; or even a mix of the above.

Along with the city building aspects, we have the GEMs, which stand for Gameplay Extension Modules. The GEMs are entirely self-contained tycoon games you can play within Cities XL. These games expand Cities XL by allowing you to run a virtual business in-game. Burgeoning entrepreneurs can run a business that attracts citizens of other city to come to yours and spend their money, thus boosting your resources to help your city grow. We really think GEMs are a good way for players to specialize their cities the way they want and makes the core game more "a la carte" as you decide what game you want to play.

We also wanted to expand the player's "playground", and so we created the online/MMO component of Cities XL, called the Planet Offer, which will be available for what we plan to be a nominal subscription fee. Through the Planet Offer, you can enjoy an online multiplayer experience, building cities on massive online worlds while trading your resources to achieve your goals.

Another aspect of the Planet Offer is the social network, which will have players sharing City Journals, screenshots and in-game videos of their latest achievements within the game in their dedicated web pages on citiesxl.com.

But the website is not simply a place for social networking. We also wanted to provide you the ability to see your city status and tweak your different contracts during your lunch break for instance from your place, your college library or your office desk.

Our inspirations are numerous: from SimCity to Civilization, Railroad to Railcoaster Tycoon, from Facebook to Myspace, WOW to Eve Online, and so on.

The key reason we added all these features to a city builder is simple: we wanted to bring new features to the genre, thus giving fans and newcomers reasons to play and try something new but most of all: have fun!

Shawn: What sort of fine detail can we expect in the building element? It's my understanding that the game supports zoning and automated growth, but how much control can we expect to see for those who prefer meticulously building a city road by road?

Jerome: We identify two different styles to play a city builder game: The "Gardener" and the "God" styles. Those who play the "Gardener" style are mainly looking to create a city that looks how they want which means they put a really high attention to details. Those who play the "God" style want to see their city live and just influence how their "pets" react to the simulation. Of course, it's not always one or the other and we aim to please a lot of players that are in between.

For example, there's always been the debate about "plopping" versus "zoning" when designing a city. We asked ourselves: "Why should we decide? Why shouldn't we let the player choose?" and that's what we've done. The new system works by tagging zones you create in your city where buildings will grow if your city's reputation/satisfaction level is high enough or you may simply take one of the available buildings directly from the library and place it in your map. Even the way you layout your transport network can be defined at the lane level.

The entire game is built with one motto in mind: "Let the player enter in the details of the game where he wants to, never force him to". We really want you to play micro management where you want and the GEMs are also a way for us to answer this need.

Shawn: What sort of infrastructure options will be available? Will the game support manual placement of this infrastructure (sewers, power lines, etc) or will it be handled automatically within a set radius (for example, power plants)?

Jerome: No city in the world is autonomous: Paris doesn't produce the electricity its inhabitants and businesses consume; New York City doesn't treat the water and garbage, etc.They use other city infrastructures for such purpose. And it's even truer for small towns.

In CITIES XL, cities are by design part of an ecosystem to reflect this reality and therefore, if you do not provide a power plant or some waste treatment in your city, the simulation will consider that you are letting some private companies provide such services to the buildings that are present in your city. But this private enterprise is not always your citizens' preference, because it will be a really high expense for them through higher taxes. In some situations, this may be a good strategy but you may also want to change this.

In the game, you can, for example, build a power station or waste treatment facility, but you'll have to live with the radial effect of pollution. You won't place power lines or sewers in the initial release but this could come up as part of a GEM if players request it.

Another option, you can trade with another city that produces the missing resource and leave it to the other city to manage the negative effects.

Shawn: Some of the building elements (notably curved bridges) look really sharp thus far. What other sorts of transportation options can we expect to see (subway, streetcars, raised highways, etc)?

Jerome: The entire transport network is built on the same system and therefore once we develop a feature for roads, it will be by default available for other transport means. Right now, we are finishing all the main basic features.

We can still tell you that we are looking to implement buses, highways, bicycles, railroads, subways, boats and planes. We are aiming to have as many transport options as possible on release but it will depend on how fast we move on.

Shawn: As a city mayor, how much will the game focus on micromanagement of the city (budgeting, city operations, etc?) Does the game offer an ability to simplify the management options for those who prefer the building elements?

Jerome: The difficulty of the game grows while your city grows too. At start, you'll only have to care about the "puzzle" aspects of a city builder which are placing your zones or buildings so that the positive and negative effects allow you to develop the city. At a certain point in time, your city size will require you to take care of your transport network and optimize it either by rebuilding it or tweaking the lanes and your common transport means. Then, you'll have to take care of the citizen wealth and education level and making sure your city answer their specific needs and the same will go for your businesses. This allows us to apply a cool learning curve: you learn the game as you move along and at your own pace.

Shawn: CITIES XL will have a persistent online community in the form of planets, with a focus on player interaction? What can you tell us about these online modes?

Jerome: Every day, the game will tell you the balance of your city in a certain number of statistics: budget, electricity, water, waste treatment, unemployment, fuel, etc. This balance is converted to "over-production" and "need tokens". You'll then have the ability to trade the over production tokens of your city with other players to fill your needs and try to fill the gaps. For instance, let's say your city produces 2000 MWatts/hour more than are currently consumed but consumes 4000 Liters more than it produces, the game will also tell you that you have 2 Electricity Tokens available for trade and 4 Water Tokens of need. It will be up to you to find another city that can provide you these Water Tokens against your Electricity Tokens.
Moreover, these tokens will also have another use but it's something we are looking to communicate what that will be at a later stage.

Jerome: The Planet Offer, which is what we call the online mode, is aimed at those players who want to expand their game by enjoying a community experience online. Since we want to make it available to as many players as possible, we're aiming to keep the price very low. We are aiming to let players subscribe to the Planet Offer for 3 months for what they would usually pay for 1 month of a premium MMO.

Rather than offering traditional expansions, some of what we'll be offering will be paid GEMs. We don't want to set a finite price for GEMs right now and instead let us give the ability to price a GEM accordingly to the added gameplay value they may bring to players.

We also deliver free patches to download for the Solo and Planet Offer players. These patches will bring improved features as well as new features for the City Builder side of CITIES XL.

Shawn: What sort of regular content updates can we expect to see for solo players post-release? Will they be required to have an online subscription to benefit from these updates?

Jerome: After the game ships, we'll have some content updates in the form of new GEMs and structures. This content will not be targeted at the single- or multiplayer game; rather, it will work with both.

Shawn: And finally, any word on a release date?

Jerome: We expect to release CITIES XL in the first half of 2009.

Shawn: Thanks so much for your time and the fantastic new information about CITIES XL. We're really looking forward to checking out the game next year. A special thanks to Ted Brockwood for coordinating this interview.