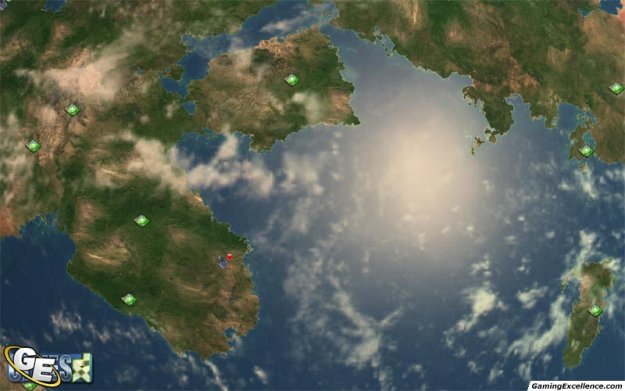 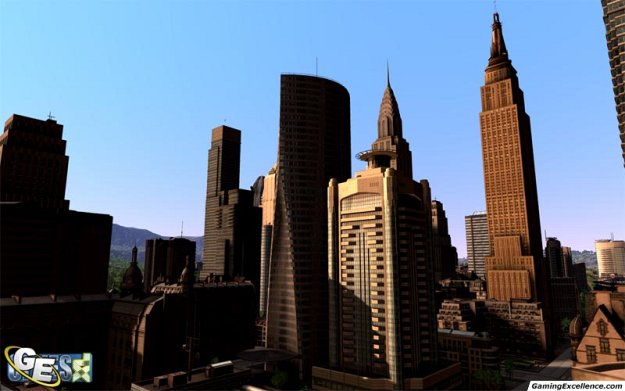 There are many of us that wept at the void left in city building sims when Maxis shifted their focus from SimCity to The Sims. But the hope that Cities XL will fill that void is a vain hope. Despite an odd addictiveness, Cities XL is both generic and sloppy.

The graphics are the strength of the game, but they've been bumped down so the game will run on slower PCs. The sound is nothing special, and gets repetitive as anything in places. This review, however, will focus on what's wrong with the gameplay.

Fortunately, this all eventually sorts itself out, but irritating non-fatal bugs remain. Especially loathesome is the game's habit of lagging more and more the longer you play, forcing you to quit and restart every 2 to 3 hours. Some would say that you shouldn't be playing a game for more than 3 hours at a crack anyway. I say pshaw.

It's been a while since I've played a city building game, and I wanted to make sure that the epic fail wasn't just my ineptitude, since it's been a while since SimCity 4. Sadly, no: even when I got the hang of things, there was still too much wrong. Sure, it looks good, but who cares when it's glitching all over the place, and designing a stable city is a difficult pain in the ass? Many potentially useful functions like mass transit apparently aren't yet functional. Remember the days when games were released to the consumer in a finished state? I miss those days.

This difficulty, even on the easiest maps, leads to serious overcrowding in multiplayer. The two planets on the US server are littered with abandoned failed cities, and decent maps are slim pickings for new players. No wonder Burger King isn't one of the game's shameless, embedded sponsors, because "Your way, right away" isn't a mantra here. At least the referenced companies, including Ford and Kodak, better be sponsors, because any environmentalist will want to punch their computer screen when they discover that in Cities XL, the Ford Motor Company lowers pollution levels in your town. No game developer should do something that lame until wads of cash are waved at them.

Further dampening the fun factor is the fact that Cities XL is extremely slow to adapt to your changes, so you have to progress extremely slowly to prevent suddenly losing control of your precarious municipal economy. When I play a game, I want to play it, not sit around watching it with the enthusiasm usually reserved for drying paint. I tried to make better use of time by doing things like emptying the dish washer and cooking dinner, but this turned out to be a bad plan: the game pauses when it's idle for more than five minutes. My cities' profits also had a tendency to erode when just left to their own devices. Eventually, I started to pass the time watching the ever-present, inane drivel that serves as a multiplayer chat and discovered that even the swear filter doesn't work properly: chatters gleefully displayed that as long as you write "bull----" as one word, it doesn't get filtered. It was one small step for gamers, one giant leap for buttheads.

The buttheads were right, however, in many of the frequent complaints I saw. Multiple players observed that the resource balance in both Solo and Planet game modes is way off, capping how big your city can get at pathetically low levels. The maps are fairly small for a game with XL in the title, and pollution becomes a massive problem once your city hits about 500 000 people even if you have very little heavy industry. Eventually you figure out how to overcome this problem, but since everyone else has figured out how to do the same thing, the planet's economy is completely skewed. So you end up doing half your trading with the robber baron computer player who persistently rips you off. You can do that in Solo Mode and save the monthly fee.

Yes, there's an Avatar mode, but it's useless, although I did get a perverse chuckle at the bow-legged and square shouldered way my character walked. The only way I can describe it is that she looked like a mall cop who'd been freshly sodomized. Then she runs in high heels. That's a terrible pet peeve of mine so I left Avatar mode annoyed, only to discover that it had twisted my city map to a funny angle that was horribly disorienting.

The in-game instructions also leave you dizzy, so Cities XL is really quite impenetrable if you haven't played something else in the genre. After suffering through the cheesy "inept mayor/smart assistant" shtick of the tutorials I was still left horribly confused regarding basic game principles. Worse, I was bored.

I also think the beta testers were drunk. In one place, the word negotiate is spelled "negociate", which is technically not incorrect but it's a spelling more suited to the 1800s. Then there is the hilarious malapropism that you encounter throughout the entire game: instead of using the term "unskilled worker", Cities XL calls that unit an "unqualified worker". Yep, 26% of my workforce was unqualified. As funny as this is, it gives the game from French developer Monte Cristo an amateurish, unpolished quality: the Japanese somehow have evolved from the "All your base are belong to us" days. The French shouldn't surrender to the same mistakes.

… Yes. I just made a "French surrender" joke. Forgive me: I'm frustrated.

But I did say off the top that Cities XL is oddly addictive, and it is. Even as I write this review, I'm feeling myself being pulled back to my PC by the siren call of devotion to a genre that I love. I really wanted to love a new game in that genre. But this is not love. This is abuse.

I have the powerful urge to triumph over the inaccurate road tools, the zoning function that creates buildings that don't link up to city hall, the one-way street tool that doesn't tell you which way North-South streets will go, and the response lag that results in costly mistakes. I will triumph over that, and so much more, Cities XL! I will eat your spleen!

Or… not. I'm not paying a monthly subscriber fee because of a grudge match, and I can't recommend a title that is a redundant rehash of Sim City with less functionality. So even though I've played for all my waking, non-work hours during the past week, I shall go no further. Save yourselves.