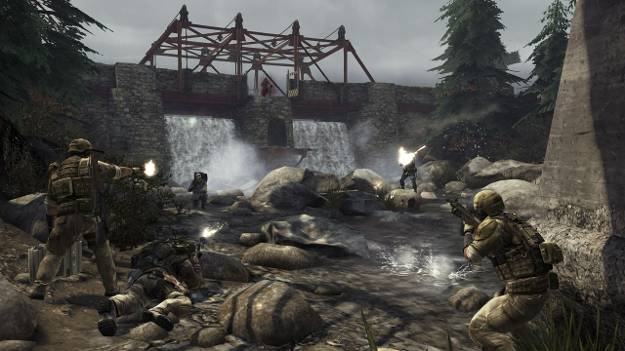 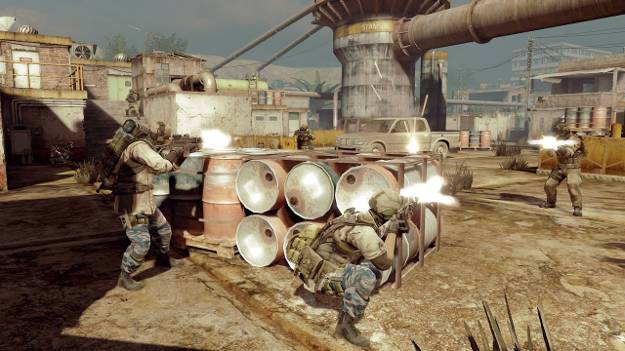 Once upon a time, Ubisoft had the market cornered on military and tactical shooters under its Tom Clancy brand. Whether it was a visit to Vegas as a member of Rainbow squad, a one man ninja as a Splinter Cell, or my personal favourite, playing as a solider of the future as the Ghost Squad, If you wanted to simulate being in a real warzone, The Tom Clancy titles are where the action was. As attention spans have seemingly lessened in recent years, most fans migrated over to your Call of Duties and Battlefield titles to get their military fix while Team Rainbow and Ghost Squad lay dormant for a half decade. Now, Ghost Recon has returned to consoles, and while it's not a superlative leap forward over the last Ghost Recon title, it was still worth the five year wait.

I would start with the story, but it would just read as military mumbo jumbo, blah blah blah, globe trotting plot, blah blah blah, nuclear weapons, blah blah blah, terrorists must be stopped, yadda yadda yadda. The story is so cliched and inconsequential that even minutes after finishing the game, I can't really identify a central enemy or significant plot point. It won't matter all that much though, because the scenarios that you and your squad find yourselves in are thrilling and exciting, even while lacking any sort of sympathetic characters or notable plot twists. 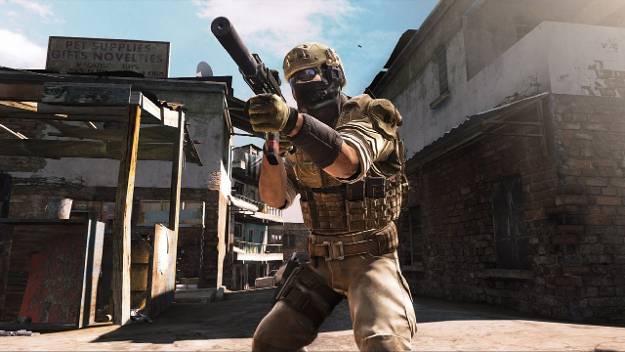 While the aforementioned "other" shooters are generally cover based bullet hells that reward twitch reflexes more than any real tactics, GRFS brings more variety and tactics to the fray. Most missions in the ten hour campaign are equally split between guns blazing cover based action, quiet stealthy moments, and outright action set pieces. The fact that you command a mostly smart squad that stays well hidden and follows orders effectively really helps the immersion level of the game.

The set pieces in general are quite memorable, especially during scenes with panicking civilians, or on rails sections where you're guiding an injured target through an active battlefield while picking off enemies, or helping out in a helicopter battle from the ground are all exciting and memorable.

When the stuff hits the fan, you'll also be thankful for the game's incredibly polished shooting mechanics. It all starts with a fine cover based system that is smarter and more intuitive than most, especially when jumping from cover to cover. A generous auto-aim will help players with their aim that is not quite as true as others, and pulling off headshots is both fun and satisfying.

When things go stealthy, it's also very satisfying and fun, but not without its quirks. Your squad does a good job of staying hidden and following orders, but as with any stealth games, some missions feature an infuriating level or trial and error, especially during the levels where you instantly fail upon being spotted. It also doesn't help that enemy AI is alternately clairvoyant as to your location, and incredibly stupid in hanging around exposed to gunfire. I also encountered a few moments that required a full restart due to glitches in the co-operative pathfinding AI. When I would settle in for a breach, one my squadmates would get caught on the environment, not allowing me to move or move ahead with the breach. At least it's not a terribly common occurrence. 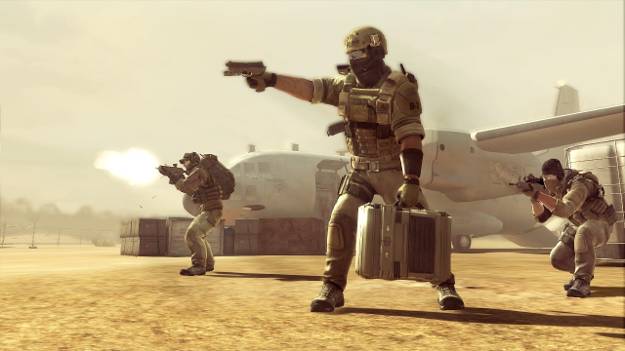 Also setting GRFS apart is the fact that you've got an impressive arsenal of futuristic military tools at your disposal. From handheld UAV drones to scan the battlefield, to visors that allow you to see enemies through walls, to optic camouflage ala the Predator, to magnetic views that allow you to tell friend from foe, motion sensing grenades, and a lot more really emphasize the Future Soldier part of the title. Even better when it comes to available toys and tweaks is the new GunSmith feature that allows players to take apart every gun they've unlocked and upgrade every component of said weapon. If you're playing on the Xbox version, you can even edit your guns using the Kinect sensor, which works fantastically, even if it is a bit of a silly gimmick. If you're the kind of person who loves tweaking cars in a game like Forza or Gran Turismo, and wish that someone put a system together for military hardware, you'll likely spend hours editing all your guns to perfectly suit your play style. There's also some Kinect functionality in terms of a firing range within GunSmith, but I found that aiming with your hands was unituitive and best, and flat out broken at worst. Thankfully, there's no other Kinect functionality shoehorned in the game, although the ability to order your squad around using voice commands like in Mass Effect would have been a welcome addition. Maybe next time.

Like the Ghost Recons of yore, multiplayer is where the real action is and it all starts with the campaign being playable with four players online. It's a shame that there's no split screen option, but couch multiplayers can still get their fix in the new Guerilla mode, which is Ubisoft's answer to wave based Horde modes that have become so popular in recent years. The nice twist here is that in Guerilla mode, you mix and match objectives stealthily and guns blazing, add some nice variety within the 50 waves on each map, even if the majority still have you defending a small corner of the map from wave after wave. If you let it, Guerilla mode can be a real big time sink for you and your friends. The fact that checkpoints are available also makes the challenge of the mode a little more manageable. Success also demands real co-operation amongst players, as even this mode features instant fail stealth moments that can be triggered by any player on the battlefield.

Rounding out the multiplayer is also the competitive modes that offer a smattering of 8 on 8 objective based modes. Like other shooters of its ilk, GRFS is a class based affair, and true success comes from having a well balanced squad with each player playing to their strengths. There are four modes to choose from, my favourite of which was Saboteur, a mode in which teams must escort a bomb carrier to a plant point to win. I found the other modes encouraged a little too much defense and camping for my taste, but for those with a taste for that sort of thing, GRFS may just have you asking Call of Wha?

In terms of presentation, GRFS is a winner. While some textures may look a little muddy, especially up close, the animation, the shaky camera, environmental effects are all top notch and really help with the battlefield immersion. Even during the most harried set pieces, the frame rate never stutters either. This is one crisp looking game.

Sound design is also good, despite the mediocre voice acting delivering the even more mediocre dialogue. Guns and explosions sound appropriately punchy though. 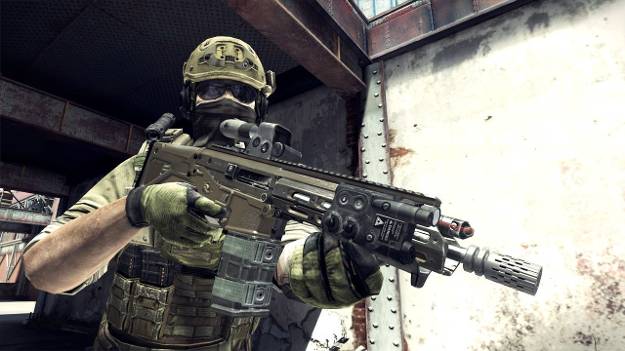 In a weird touch, in four of the first seven times I booted the game up on the Xbox version, the game had to install files for an "enhanced audio experience." Each time took up to ten minutes, which I was used to seeing on the PS3, but was new for Xbox in my experience. Time will tell if this was simply a pre-release issue or a permanent one. While I'm on the topic of annoying quirks, Ubisoft's uplay system is everywhere in this game, and the game will constantly prod you to sign up for stat tracking, mobile gunsmith features and the like. If you're really obsessed with the game, it might be worth your time, but personally, I couldn't be bothered. At least Ubisoft isn't charging $50 a year for the service like Activision is.

What it all boils down to is that if you're still a fan of military shooters and are looking for something with a little more meat on its bones than any of the plethora of twitch shooters on the market, you could do way worse that Ghost Recon: Future Solider. It doesn't necessarily revolutionize the formula established in past titles, but this is a military shooter that is certainly worth your time, online or off. It's worth at least a ghost of a chance.