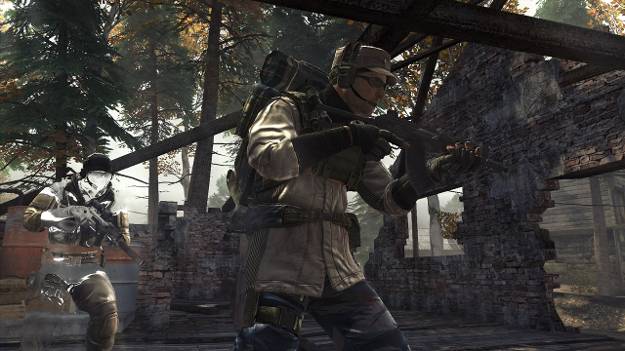 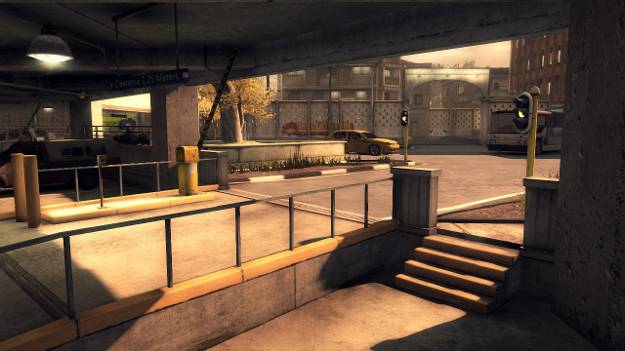 At the end of a very busy week in Toronto gaming events, I (and my liver) headed down to another fancy pants event by Ubisoft to check out some multiplayer gameplay for Ghost Recon: Future Soldier. Ubisoft had a tough sell where I was concerned: I was tired, demoed out, and I'd given up on Ghost Recon 2 because I got frustrated by the squad AI. I actually felt kind of bad that it was me of all people with this assignment. However, the very charming Tommy Jacob, Creative Director of Red Storm Entertainment, won me over enough to give it a try. He told me a lot about the very in-depth decisions that went into making Ghost Recon Future Soldier that you'll get to see in a video interview coming sooooooon!

According to the dev team, the ideal way to play Ghost Recon: Future Soldier is with four friends, preferably with varied skills. A team full of four players who want to charge in as riflemen is not going to do as well as a team that contains players who like support roles like the scouts and engineers, because the gameplay stresses teamwork. I found out how true this was the hard way, thanks to a (human) error in the lobby set-up of a match. Instead of three of us battling AIs, it was two on one. My rifleman was completely blind, because I had no scout tagging enemies. Riflemen can take a lot of hits, but not THAT many hits.

The scout class is especially good for people who don't play a lot of shooters, because they have to fly surveillance drones which are essential to success in the game. However, flying the drone is an acquired skill, and someone who is not as familiar with run and gun gameplay will be less frustrated by the learning curve. Support roles also earn you crazy amounts of XP – reviving a fallen squadmate gives you as many points as a headshot. Therefore, you can end up with a thousand points at the end of a wave without a single kill.

All of this leads to an extremely fun co-operative multiplayer experience. I spent an hour on it that felt like fifteen minutes. The only reason I stopped then was that there were no chairs and my feet were killing me. I'm a big fan of horde mode type play, so Guerilla mode was definitely my favorite. I really like the bonus items like turrets that you get for getting through multiple waves without dying, and there are so many awesome weapons to play with. I was especially fond of the Claymore grenades that you can pre-set at choke points so that you don't get flanked.

Even though the drones are not as useful in guerilla mode, the scout's unique abilities still come in handy in the sandstorms that more-than-occasionally make the terrain around you nearly impossible to see. The scout is the only character that can see through the murk and tag enemies for your buddies. Guerilla mode is also playable in split-screen co-op.

Certain abilities are available to all types of Ghost in campaign, to make it more playable. But there is still a heavy tactical focus on the 12-hour "things are not as they seem" story. There are a lot of features and weapons, so the campaign is going to serve as an important tutorial for the multiplayer... although Red Storm recommends that you play campaign co-op as well for a more satisfying experience.

Regarding Kinect/Move functionality, it's limited to the gunsmith customization function, and the firing range. That's probably a relief for core gamers who were afraid that gimmicks were going to overwhelm franchises they care about. I'm a little bummed about the move not being integrated into campaign because I love playing shooters that way, but I want to judge GRFS on what it is, not what it isn't... and it's a graphically stunning third-person shooter that brings the idiot-quotient down through a hard-wired emphasis on teamwork.

Based on what I saw here, it might be enough to bring me back to the franchise. But I might be biased by the fact that many of the Ubisoft guys were hilariously drunk by the end of the night.