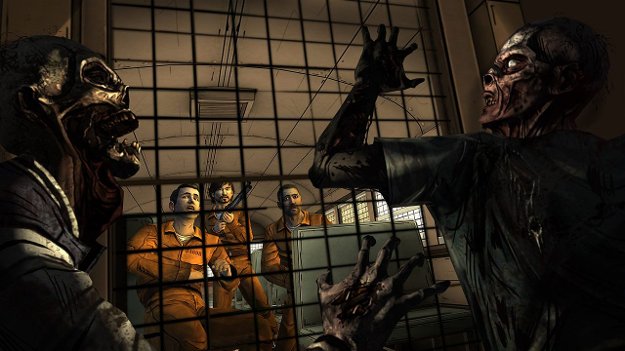 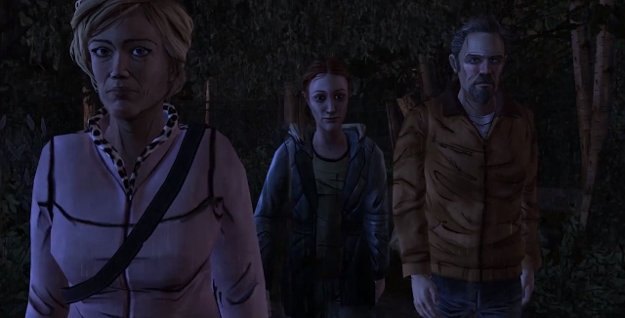 400 Days is a DLC intended to bridge the gap between Season 1 and 2 of The Walking Dead.  It introduces five new characters, each of which has their own story to tell.  In each of these stories, you have to make decisions that impact the characters, leading to the conclusion where they all end together.  Whether they stay together or not, depends upon your actions and decisions over the course of the DLC.  It's also intended as a teaser to introduce players to some of the characters that will be introduced in the upcoming Season 2 of The Walking Dead.

I have to admit, it was nice to get back into the zombie apocalypse.  I pulled out my compound bow, dusted off my shotgun shells..uh..metaphorically speaking.  And 400 Days was a good way to get back into the feel of the setting.  It's the same apocalypse all over again.  Bleak, almost utterly hopeless, with nothing but the morals (or lack of) of humanity standing in between oblivion and the zombie hoards.  Interestingly enough, 400 days spans over the course of the first 400 days of the outbreak, catching up to each of the survivors at different points of the outbreak.

However, because of the nature of the outbreak itself and the nature of the setting, it's almost irrelevant how far in they are.  Things are bleak and dangerous from the very beginning.  The first survivor, Vince, is a convict who immediately finds himself in a tricky situation, much like Lee in Season 1.  And it doesn't stop from there.  Each of the decisions that you have to make are pretty difficult ones, leaving you wondering what impact they're going to have on your character and their eventual outcome.

Each of the new characters is also pretty interesting, especially Wyatt and his stoner friend Eddie.  The two of them start on Day 41, not too far into the outbreak.  They start off their scenario literally with a bang, driving and shooting to get away from a pursuer.  As their story progresses, however, you get some time to actually listen to the two of them interact with each other and they're both pretty funny guys.  Most of the new survivors were pretty interesting people in their own ways.  The developers tried to make it clear that each of these people had a background, a story and a life before the outbreak occurred.  In some cases, those lives were more interesting than others, but there nonetheless.

Unfortunately, because of the brevity of the DLC, you don't get to spend much time with each of these new people.  Your time with them is short and brief.  I'd start a new scenario, start getting invested in the character, start getting interested in what was going on with them and then their time would be over. And I'd be starting someone else's story and moving away from this person that I'd started to actually have an interest in.  I don't know if the DLC needed to be longer in general or if they needed to focus on less people, but it was actually pretty sad and disappointing to get interested in characters and then to have it yanked out from under me.  The end result was that towards the end of it, I stopped wanted to get invested in the story that I was currently playing, which takes away from the experience as a whole.

The world itself was very well integrated, with the stories weaving together in a very interesting manner.  Secondary characters from one story showed up in others and helped make the setting more integrated.  However, even with the integrated setting and interesting characters, I still felt like the choices I was making wasn't going to make much of a difference in the end.  The scenarios still mostly ended the same and it beyond a few minor details it was hard to see the changes that my decisions were making.  And in the end, after going back and making some changes to my decisions, things still mostly ended up the same.  Perhaps it's because it was just a small piece of DLC and not a full decision sweeping game, but it was disapointing. 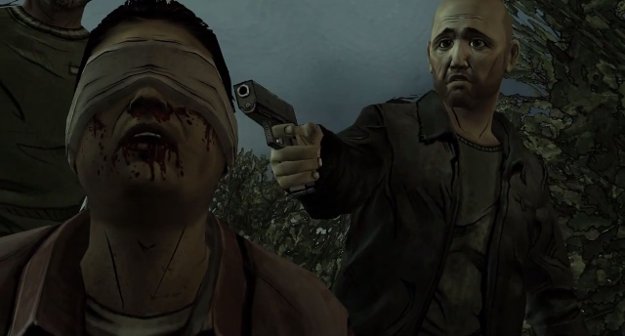 The controls stayed much the same from Season 1, which was appreciated and made playing the DLC easy.  And there were even some cameos which was fun in general.  And generally speaking, I wasn't concerned about failing any of the button prompts.  Until I made it to the corn maze, which I have to say was obnoxious in the extreme.  One wrong turn and character brains were splattered all over the ground, but not in a good way because it was the character I was controlling.  It was the only part of the content that I had to repeat multiple times because I failed and I was very annoyed by the time I was done figuring my way through it.

Overall, 400 Days was an enjoyable addition to the Walking Dead series.  The characters were interesting, the story was well integrated and it was nice to revisit the setting while waiting for Season 2.  However, it was upsetting to not have that much time to spend with each of the characters.  As I started to like them, I was whisked away to another character, jarring me out of the individual story that I had just started to get involved in.  All I can hope is that when Season 2 rolls around we'll get some more time with the more interesting ones of the bunch.