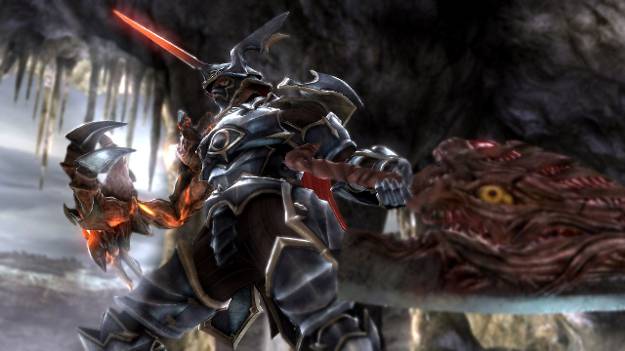 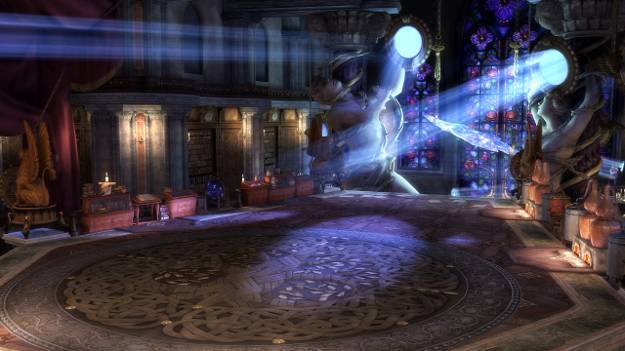 As one of the most popular fighting series of the last decade, Namco's SoulCalibur series has a definite cult following and a lasting legacy in the fighting arena. Does the latest instalment continue a proud tradition or is it time to sheath this sword for good?

The good news is that the core fighting mechanics for SoulCalibur remain rock solid, even if the action is starting to show its age. What sets SoulCalibur apart from other fighting series is the use of weapons within the arena. Players are given a smattering of special moves in conjunction with horizontal and vertical strikes, in addition to guarding. Unlike other fighters that having you moving left to right, SoulCalibur encourages side stepping and making free use of the arena. If you find yourself on the edges of the fighting arenas, you may get knocked off the edge for a ring out loss. For the most part, the arenas are well sized without being enormous. 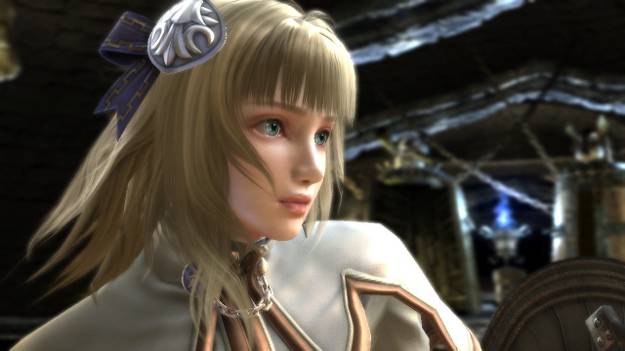 The problem with SoulCalibur for me is that it lacks the sheer depth and balance of a game like Street Fighter or even Namco's Tekken, or the campy bombast and casual gameplay of the recent Mortal Kombat remake. SoulCalibur occupies an awkward no man's land between button mashing chaos and well-timed depth, likely destined to satisfy no one over the long haul.

While there are roughly two dozen characters (including a cool cameo from Ezio of Assassin's Creed fame) with varied weapons like daggers, spears, broad swords, katanas, and the like, you won't have too many modes to try them out in. The main mode is called 1607 A.D., a disappointing story mode that is at once incredibly boring and too short. You spend most of your time guiding an unlikeable, arrogant twat by the name of Patroklos who is fighting a battle against a horde of creatures known as the Malfested. Who are the Malfested and why are they your enemy? The game can't be bothered to explain, so you shouldn't care either. Eventually he meets up with his long lost sister named Pyrrha (who could take the crown for the wimpiest and whiniest character in fighting game history), wields the SoulCalibur blade, which is needed to battle an enemy known as Nightmare who wields the evil Soul Edge blade. The story mode essentially makes excuses for you to get into battles for two and a half hours before ending in anti-climatic conclusion that will leave you feeling unsatisfied at best. It doesn't help the story mode that most of the cinematics are still charcoal drawings that make it hard to tell what is going on. After playing through the hilarious and surprisingly compelling story mode from Mortal Kombat, SoulCalibur's feels limited and disappointing. 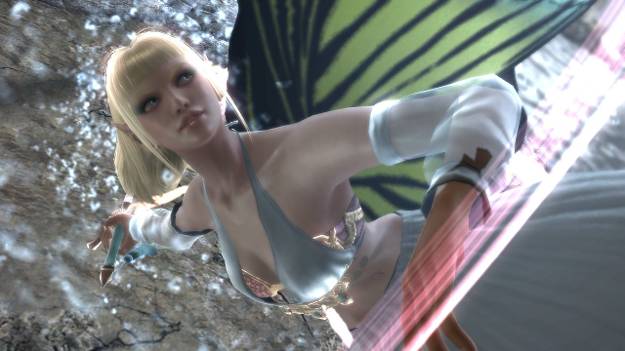 Once you've beaten the super short story mode, you can jump into the arcade mode to select a fighter of your choice, take them through six battles, and that's about it. No matter which character you pick, you won't see any ending cinematics or even a short write up as to why they're fighting, and what they've accomplished. The ending screen simply shows you your complete time, and then dumps you back to the main menu.

Speaking of the arcade mode, the boss is one of the most insanely cheap end bosses I've ever encountered in a fighting game. Appropriately named Nightmare, even on the normal difficulty he can hit you from across the screen, drain half your health with one or two attacks, and can knock you out of the ring at will. I flew through the first five battles without losing a round, only to have Nightmare destroy me over and over again.

That's all she wrote for single player content, with the exception of the create a character mode that is a bit of a misnomer. You simply create a skin for your character by picking a face, hairstyle, costume, and other cosmetic choices. You then import a character's entire move list to the character, and essentially play as a reskinned version of an already existing character. At least you can take your pseudo-creations online.

If you're going to get any longevity out of SoulCalibur V, it'll be in the multiplayer modes, but even those are limited. Taking a page from Mortal Kombat, players can enter small rooms of 10 to challenge various fighters, or can enter larger chat rooms to enter tournaments or single challenges based on geographical location. I found the online matches to run very smoothly, with nary a hint of lag. Still, the online modes would have benefitted from more options like Mortal Kombat's King of the Hill mode, or even a tag mode that allows you to take two characters into the fray. 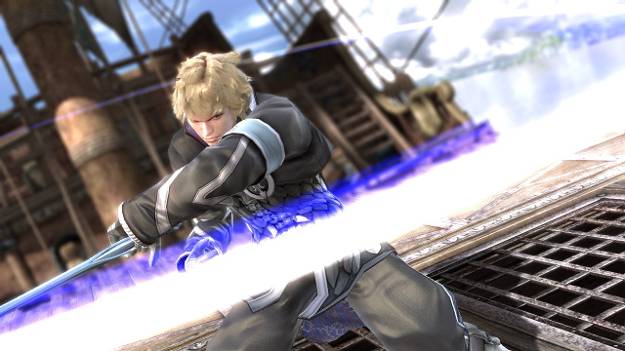 SoulCalibur V's presentation is something of a mixed bag. On the positive side, characters are exquisitely detailed and animated, while the battlefields can make the same boast. There aren't as many stages as I would have liked, but the ones that are here look great. The frame rate always stays high and the end of the match replays allow you to appreciate the care put into the core fighting mechanics. On the negative side, the story mode's slide show, charcoal drawing cutscenes are lame at best. The audio in the game is epic and bombastic, which fit the aesthetic of the game, but grated after a while. A deep voiced announcer adds nothing to the proceedings with his repetitive comments.

Overall, SoulCalibur V has to be seen as a disappointment. I had tried and even completed every mode in the game in about four hours, and I didn't find the multiplayer compelling enough to hold my attention. If you've got some like minded friends who would play with you, then this becomes an easy recommendation. Most others would be better served by any of Tekken, Street Fighter, or Mortal Kombat's latest offerings.