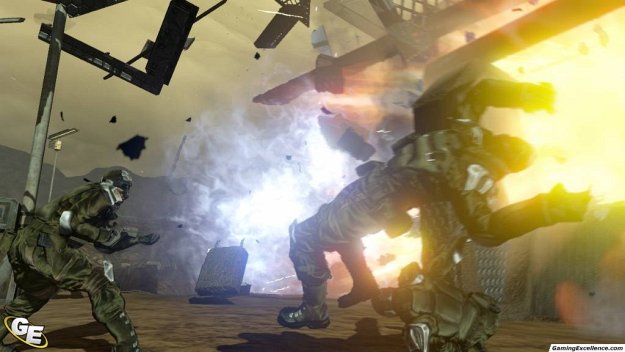 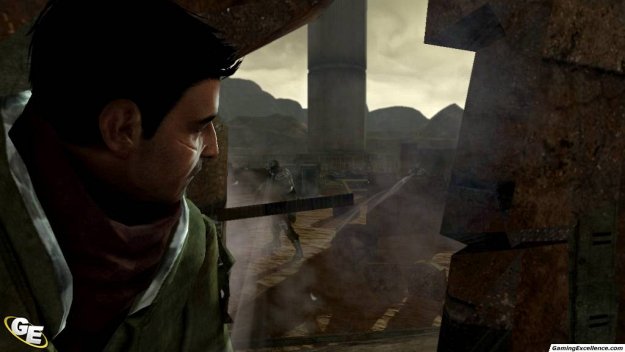 We're just over a week away from the street date of Red Faction: Guerrilla and I recently had a chance to check out the remaining multiplayer modes firsthand. For those just getting up to speed, I encourage you to check out our earlier previews of the single player and multiplayer components of this highly destructive open-world game.

Red Faction: Guerrilla is a multiplayer heavy title, while it does focus heavily on the single-player open-world experience; the development team has placed a lot of emphasis on building a large multiplayer component into the game. We've previously covered the anarchy, team anarchy, and capture the flag modes, and only briefly glossed over three additional modes which were recently unveiled: damage control, siege, and demolition.

Damage control is a king of the hill style multiplayer mode, capture the waypoints and hold their control to win. Waypoints are captured by destroying them, and then using your regeneration weapon to rebuild. This is similar to the Battlefield model, only at a much quicker pace.

Siege is my personal favourite. In this mode, you're broken down into two teams; the first team is tasked with destroying a series of marked buildings and key structures, while the second team is responsible for defending and rebuilding them. If the time expires and the structures are still standing, they've succeeded. The teams then reverse roles and try it again. The defending team can use the environment to their advantage, for example by blowing up the bridges used by the attacking team use to gain access to the structures. While the attacking team can regenerate these bridges, it will cost them valuable time in doing so.

The last of the new online modes is Demolition, a team-based mode where one player on each team is tasked with causing as much destruction as possible (known as the "destroyer"), and the others act as personal bodyguards. After a few deaths, the destroyer role will be offered to another player on the team. After the time expires (and the world us usually decimated), the team whose destroyer causes the most damage takes the match.

I was also able to gather more information on Wrecking Crew, the offline party mode that will ship with Red Faction: Guerrilla. For those unfamiliar, Wrecking Crew is essentially a "who can cause the most destruction" game designed for a group of friends, both traditional gamers and non-gamers alike. The challenges offered are Total Chaos, Rampage, Barrel Dash, and Escalation. In Total Chaos, its sixty seconds of unlimited ammo glory, flatten as much as you can in the time allotted to rack up the highest score. Escalation is similar, except each player is provided with limited ammunition. You'll need to make your shots count and hope buildings collapse on each other. Rampage is a combination of the other two, you're provided a full three minutes, but every time you use a weapon it costs you ten seconds, adding a lot more strategy to the game. This really benefits players who understand and use the physics system to their advantage. Lastly, there's barrel dash, one minute where you blow up as many explosive barrels as you can find.

Set to ship out on June 2nd, Red Faction: Guerrilla is poised to be a highly enjoyable online and offline experience. Check back for our full review in the next few days.