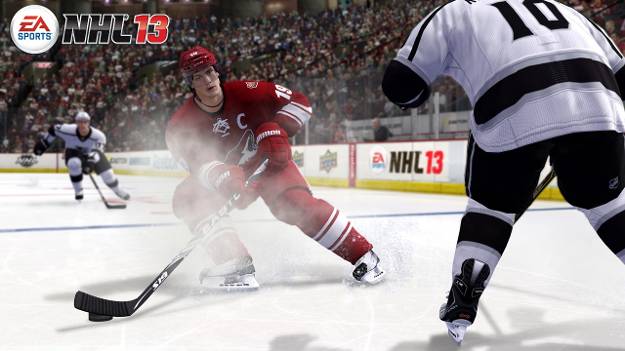 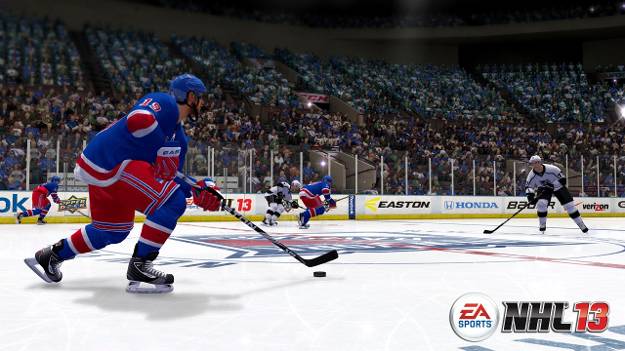 If you're a hockey fan like me, the hyperbole being spouted forth by EA Sports' marketing team is absolutely deafening. While the company is fully committing to an all out marketing blitz like allowing the fans to vote for the cover athlete and claiming that the new additions to this years' game is the "gamechanger" we've all been hoping for, the developers have been quietly and surely making some very impressive improvements to their premier hockey simulation. Wouldn't you know it, after some hands on time with the title at EA's booth at E3, we can pretty much confirm they've succeeded, but good luck trying to explain that to any casual fans.

The way the game plays has been fundamentally shifted through new physics and the ability to control your feet. While the last few NHL games have been fairly hardcore simulations of the sport, this new title takes that simulation to a whole new level. As the first example, the game takes into account quickness and first stride power. One of the more frustrating moments for me in the past NHL titles was when I would come skating in with a fast skater like Sidney Crosby, and yet a slower defenseman like Hal Gill would always catch up. Now, first step explosiveness means that faster forwards can use that extra gear to skate around the defenseman to get a scoring chance on net. Conversely, if a defenseman has good position on the forward barrelling into the zone, he can use his weight to reach tie up the skater. 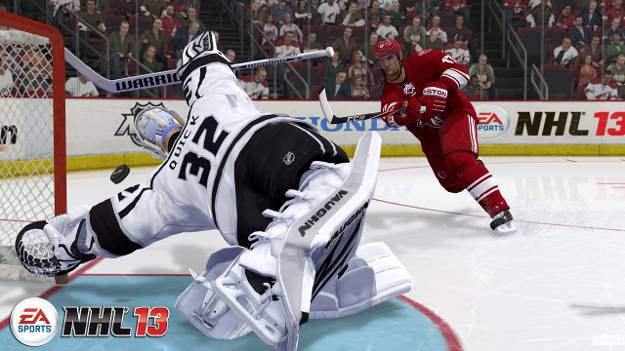 Momentum also plays a huge role in how the game plays now. In past titles, when you ceased pushing up in the analog stick, your controlled player would stop skating. Now, if you let go of the stick, your player's momentum will continue to carry them forward. As someone who actually plays beer league hockey on Friday nights, I can attest that this is a really big change for the gameplay, and much more closely reflects how a real game is played. If you're skating full tilt in real life all the time, you'll be exhausted in twenty seconds. Have the ability to glide forward keeps you fresh for when you really need to move forward, and now that reality is represented in the game. Adding to the realism is also the fact that skaters going full speed will have much larger turning arcs than those going at a slower or medium speed. Just like how a car can't do a 90 degree right angle turn when going 150 km/h, neither can hockey players. Again, maybe not something a casual fan will notice, but the hardcore will love this new addition that brings the NHL series that much closer to the level of simulation found in realistic racers like Forza and Gran Turismo.

Another significant change to the gameplay is ability to have the same level of control over a player's skates as you've had since NHL 07 with the skill stick. With a pull of the left trigger, you can now adjust whether a player is skating backwards or forwards, making controller defenders and pulling off spin-o-ramas easier than ever. In practice, the system works great and I've never felt such a connection between the controller and my team skating around the ice.

There's also some improvements to the AI, especially within the goalies. Each limb on the goalie is controlled individually in the animations, resulting in an unprecedented level of goalie interaction and save animations. The AI on your own side has also been improved, with 5 times as many coaching strategies to choose from, without making the game any more complicated. Instead of chosen strategies like in twelve, you can adjust defensive and offensive pressure on the fly using the d-pad.

The graphics have also been overhauled, but still aren't perfect. Player faces were a real sore spot in NHL 12's presentation, and they've improved here, but they're still not perfect. The presentation, however, has been upped several notches. In between plays, the game no longer plays canned cutscenes that take place in a random spot on the ice. Now, player position on the ice is affected. If you're in a post-whistle scrum in front of the net, when the game cuts away from the standard play angle, the right players will be in the right spot on the ice, doing the same thing you were just doing. If you're like me and like to hit players after the whistle in game, the cut away angles will reflect the battles and scrums you're taking part in. The lighting engine has also been overhauled to a nice effect. In the demo we played, the fans looked worse than they did in NHL 12, but considering we were playing a pre-alpha build, we're sure that will be fixed in time for the game's release. 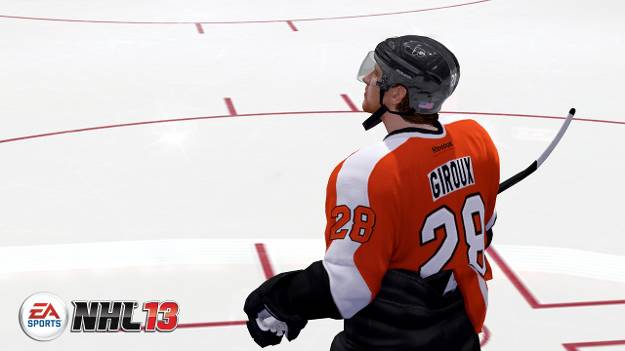 It wouldn't be a new NHL game if there weren't new modes to tinker with, and NHL 13 looks like it will deliver in this regard as well. The game will ship with a new "GM Connected" mode that allows for up to 700 (!) players to each take a role on a team in essentially a massively multiplayer hockey league. The game will also support a smartphone app to help organize team games, check stats, and more that EA has yet to announce. The game will also feature updated NHL Moments throughout the season, much like Madden moments in EA's football franchise. These moments will place you in a similar scenario to exciting moments in the NHL season as they happen, challenging you to duplicate or improve upon the outcome. It's a nice touch for puckheads to be sure.

I have to admit, after playing every NHL title since NHLPA '93 on the SNES, I was sceptical about EA's ability to deliver a compelling new product after 20 years of hockey video game development, but they've surprised me yet again. Fortunately, you won't have to wait long for the puck to drop on the latest season of video game hockey, as you'll be able to faceoff with all the new features on September 11, on Xbox 360 and PS3.