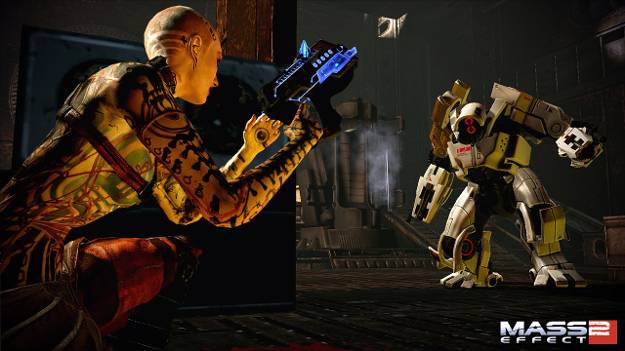 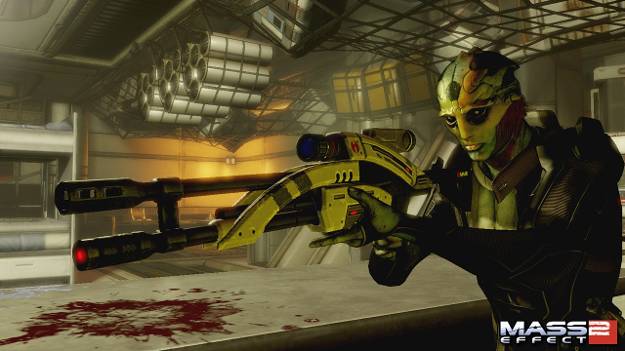 Released in 2007, Mass Effect wasn't a perfect game, but it did a lot of things right.

Critically acclaimed, it was a beautifully crafted blend of action and RPG elements, featuring a superb plot, excellent voice acting, and a deep and intriguing setting. Perhaps its most impressive achievement was that it was among the first to introduce the concept of near seamless dialog and conversations. Players were able to provide near instant replies based on the attitude you wanted to personify, rather then the exact word for word phrasing. Mass Effect did what any successful RPG did; it helped provide a sense of belonging to a world that was bigger than you.

But, the game wasn't without its flaws. A limited tutorial threw you into the action far too quickly. Early frustrations were due to the low power and accuracy of the weapons at the beginning of the game. Other annoyances included an attempt to hide loading with extended elevator scenes, significant graphical glitches, and an overly complex and clunky inventory system.

For Mass Effect 2, BioWare has really listened to the media and the community and addressed each and every one of these issues. Combined with an all-new combat engine, graphical improvements, and a plot by Drew Karpyshyn (the same writer as the first), the excellent Mass Effect series is about to get that much better.

In a recent hands-on demo of the game we learned a few juicy plot details that, after careful consideration are probably best left under wraps as not to spoil the game. Still, if you don't want to know anything about the plot, I'd recommend you skip the following paragraph.

Shepard is now working with Cerberus, a powerful rogue pro-human organization introduced in the previous game. Formerly an enemy, Cerberus has recruited Shepard as an ally in working to fight off an even greater threat: a race known as the Collectors, who were first introduced in Karpyshyn's novel: Mass Effect: Ascension. Little is known about the Collectors except that they live deep in the terminus systems, and nobody who has ever gone through the Mass Relay into their territory has ever come back alive. Aside from a few odd and very lucrative trade requests, few people have ever seen them in person. They have often been considered a myth in Citadel space, until now.

One of Mass Effect 2's most talked about features is the ability to import a previous save game from the original and continue from where you left off. When starting, you'll be presented with a menu that allows you to browse your completed Mass Effect save games, and display stats such as level and paragon/renegade. From there you can import the save game into the sequel, and continue with the same character you've worked hard to build. Thus, all of the decisions made in the first game, whether or not characters died, and how the ending played out will all have an impact on how Mass Effect 2 progresses. When importing a saved game, you'll be given the option to re-class your character if you wish. Given the dramatic changes and re-organization made to the classes, you may very well want to do this. Lastly, you'll also be able to change the look of your character on import should you so desire. Miraculously, this can all be explained as part of the plot. If you haven't played through the first game, all is not lost. Those without prior experience can begin the second game with a longer back-story, detailing the events of the first game. It'll also make a predefined set of assumptions as to how the first game came to a conclusion.

In our demo, we had the chance to check out two of the levels from in the final game, introducing the new combat system. Within a few minutes, the enhancements to the combat system became very clear. For experienced players, Mass Effect 2 will feel both familiar and new at the same time. The combat system feels very smooth and natural. In the original, even after forty hours of play, in a firefight you'd sometimes have to stop and think in a combat situation about what controls you're pressing. It just didn't feel intuitive. In Mass Effect 2, that isn't the case at all. While many of the controls are familiar, the game feels much more refined and offers more of the traits of a traditional shooter combined with the RPG elements that made the game so successful. It handles much more cleanly, and the controls are more responsive, aiming and recoil feel much more refined, and all in all it's just a better model for combat.

A few of the notable enhancements to the combat system include the addition of a new cover mechanic. No longer will you automatically grab cover whenever possible; instead you'll need to press a button to take cover behind a wall or object. In the first game, needlessly grabbing cover while attempting to move around was a common frustration, and it's been addressed in the sequel. As well, the overheating system in the first game is no more, replaced by a more typical ammo-based mechanic.

Mass Effect 2 won't throw you as haphazardly into the game as the first one did. For those new to the series, a fully fleshed out tutorial better ramps players into the game more slowly and gradually, instead of tossing you to the wolves. At the same time, more experienced gamers should be able to blow through it pretty quickly. As well, the extremely inaccurate weapons that couldn't hit the wide side of a barn have been addressed in the sequel as well. Instead of relying on statistics for weapon accuracy and requiring proficiency with a specific weapon your accuracy is determined by how well you use cover and aim in real time. Who would have thought?

The upgrade system for those mechanics isn't used like in the first game, with the exception for biotic powers, which will need to be upgraded to perform some of the more powerful biotic actions like picking up and tossing enemies around.

The second level we had an opportunity to check out was more focused on the combat elements of the game. In this mission, you're taking on a group of the Blue Suns mercenaries in an attempt to reach a Salarian doctor named Mordin. A great plague that only infects non-humans has emerged, and Mordin has developed a cure. You'll need to reach him in time and then deploy the cure before the Blue Suns get to him first.

This level really showed off the importance of working with your squad mates, and having a balanced squad of biotics and firepower. As soldiers in the Mass Effect universe use an advanced shielding technology which quickly regenerates, it takes a lot of rounds to take them down. By using a balanced squad, you can focus your fire on a few enemies, while your biotic can overcome the shields while you shred their armor. Without a biotic character you'll often find you can't singlehandedly take down certain enemies, as their shields regenerate faster then you can shoot. While this was more or less true in the first game, it's much more prominent in the sequel.

Among the other combat improvements, Mass Effect 2 will introduce a new ordinance system via weapons lockers. This replaces of the overly complex inventory system of the original. Now, instead of managing each of your squad's assigned weaponry during combat, you're required to equip weapons at the beginning of a mission, or whenever you come upon a weapons locker. From what we've seen thus far it certainly helps simplify the inventory, and streamline the gameplay into a faster-paced game.

The weapon upgrades have also undergone the same simplification as the inventory system. Through the research lab on the Normandy (your trusty chariot through the cosmos), you'll be able to develop upgrades to weapons, armor, and your ship. Players will even be able to research new weaponry altogether. The weapon upgrades are no longer specific to a weapon and don't need to be manually applied. Instead, they will globally upgrade a class of weapons in an effort to reduce the micromanagement of the first game.

Shepard is also important enough now to have private quarters and access to a personal computer terminal. Mass Effect 2 will allow you to change your clothing and customize these quarters, adding an element of personalization to the game. The sequel will also introduce an e-mail system via the computer terminal, intended to allow you to view communications and the repercussions of your decisions throughout the game.

One of the standout features of the original was the aforementioned dialog system, where you could quickly respond with the flick of a thumbstick, each direction indicating the attitude of your reply. In Mass Effect 2, you'll no longer just sit back and watch. Occasionally, you're given the ability in a conversation to interrupt by pressing one of two buttons that appear on screen, an example we saw was the ability to grab and shove the person you're having a conversation with, trying to intimidate them. It's another small addition that keeps you on your toes.

Visually, Mass Effect 2 is gorgeous, boasting highly detailed environments and top notch character models. While the original was no slouch in the graphics department (minus a few glitches), the sequel has been ramped up dramatically, putting it on par with even the best shooters out there. Likewise, combat looks as good as it feels, and with the huge variety of environments and worlds to explore, you'll never get bored with the visual details.

Combined with the slick graphics, Mass Effect 2 will offer an exceptional cast of voice talent, returning characters from the first game, as well as a few new additions. If the voice work in the original is any indication, Mass Effect 2 will no doubt be top notch in this area.

It's amazing how much you can take in playing a couple of levels for an hour or so, but from what we've seen, Mass Effect 2 is going to be an all-around outstanding release. The new combat mechanics are superb, and BioWare's willingness to adapt the gameplay mechanics and address complaints from the first game is a welcome change of pace from many other franchises. Mass Effect 2 has quickly become one of our most-watched games of 2010, and we can't wait to check out the full release when it ships this January.

Editor's Note: A quick aside, for anyone interested in learning more about the back-story of the Mass Effect universe, I do have to recommend Drew Karpyshyn's Mass Effect novels Revelation and Ascension. While Revelation is a better read, Ascension will give you a really good background on Cerberus and introduce the Collectors for the first time, in preparation for the release of Mass Effect 2. The plot of the book series doesn't involve Shepard, but instead tells the story of a Cerberus operative and helps you truly understand the reach of the Illusive Man within the highest levels of government throughout the galaxy.