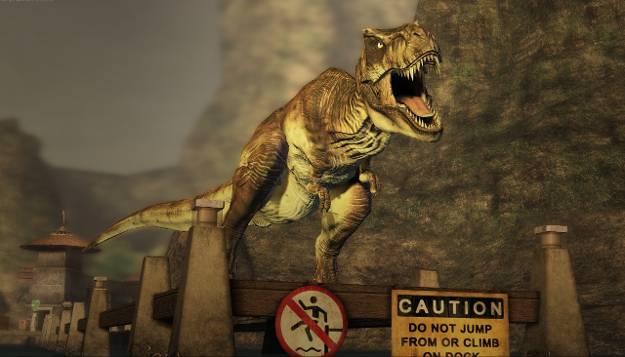 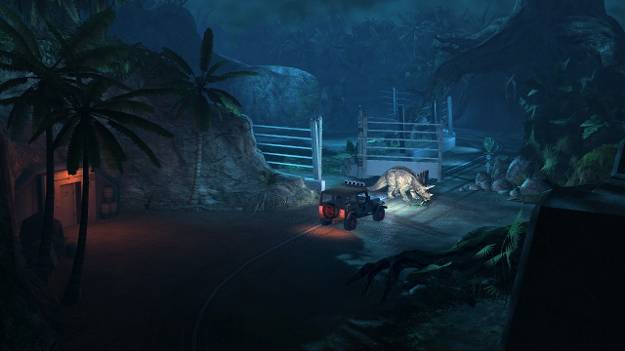 Get ready to sit back and relax. No, really. It may seem like a rather odd way to start off a review, but in the case of Jurassic Park: The Game, it is definitely warranted. In between the excessively long cut scenes and the overuse of quick time events, there is little in the way of sustained action or ultimately user control that will grab your attention and engage you in the events and how they play out.

With that said, Jurassic Park: The Game, as you might have guessed, is based on the hit book and subsequent movie franchise that brought dinosaurs to life on the big screen. In a similar fashion to its other games, TellTale has once again broken up this game into episodes which although separately titled, all play concurrently into one new story in the Jurassic Park Universe.

The story of Jurassic Park: The Game sees you following the story of several different characters on the dinosaur filled island off the coast of Costa Rica as they attempt to survive and work together. The story picks up during events loosely connected to scenes from the first movie, and then goes down a path creating its own story as it tries to engage you as the player to empathize with the plight of the many characters you will meet.

While the story does a good job of creating a new entry into the Jurassic Park series, the gameplay is what ultimately brings down the experience and makes it a below average game. The game's biggest downfall is that there is so little action, it's hard to get excited. The game progresses in a very linear fashion throughout and the way the gameplay is structured, the actual action is sandwiched between long, and sometimes very mundane cut scenes.

Once these frequent and drawn out cut scenes end, it's finally your turn to play. But playing Jurassic Park isn't typical for most gamers. If they said Heavy Rain was an interactive movie, then Jurassic Park could be compared to an interactive slideshow. Each sequence is nothing more than quick time events where you have the choice of selecting what limited area you want to explore. You have no control over the individual character movement, and once you've selected what areas to explore within a given scene, you're limited to three or four options which then allows you to perform a QTE that moves the story along. Simplistic puzzles are thrown in to add variety to the numerous QTE events, but these too add little in the way of excitement.

It seems almost disheartening to think that a game filled with man eating dinosaurs, mercenaries and guns could provide so little action, but in the end, that's what occurs during the episodes that make up this game. Combine that with drawn out cut scenes, borderline annoying characters and dialogue that sometimes is accidentally comical, and you have the making of a mediocre game.

In terms of graphics and sound, credit has to be given in that the game still does a decent job of making the dinosaurs look threatening and the roar of a T-Rex sound ominous. Add in the licensed music from the movies and you may for a moment be thrown back to the first time you saw the movie, only to be sucked back to reality.

Overall, it may be that Jurassic Park is a game meant for younger kids, and if you take it for that, it's a decent adventure for a young child who is still enthralled with the idea of dinosaurs. For an older gamer though, there's little in the way of excitement and fun that will have you pressed to be drawn into the world or care about the character that inhabit it. If you have young children or have studied years to become a palaeontologist, Jurassic Park may interest you, otherwise this is likely a title you'll be safe to avoid.