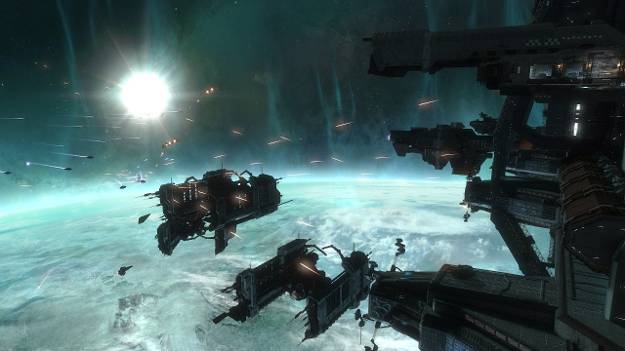 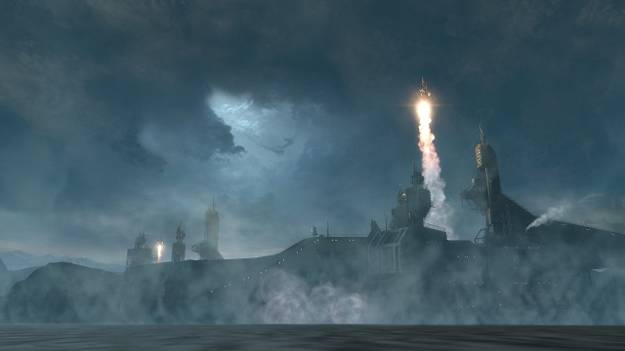 Reach, the begining of it all. Before there was Master Chief, there was Noble Team. Their efforts started to turn the tide of war in the battle against the covenant. Before the discovery of the alien rings, humanity took a stand, and these actions helped paved the way for the ultimate victory they so longed for.

As you may well know this is not infact a continuation of the Halo 3 and in no way includes Master Chief. Rather Halo: Reach is a prequel to the events that take place in the Halo universe. Reach pulls together everything that is great about the Halo games and includes over a decade of experience gained by Bungie. A great single player campaign as well as one of the most extensive and content packed Multiplayer games that you will find on any console makes Halo: Reach the ultimate Halo game.

Reach places you in the boots of a spartan known as Six, the newest member to Noble Team. Noble Team is a group of elite spartans who are deployed throughout the planet Reach serving the UNSC. Intially you and your team are investigating some simple communication problems but it quickly becomes clear: the Convenant are creating a beachhead on Reach. As you move along your quest you will discover that the convenant's reasons are less simple than complete dominance. They are in fact in search of an ancient artifact, an old friend you may recognize from previous Halo games.

Given the length of Reach it's difficult to become too attached to the characters you'll meet, but Bungie has done a great job of trying to create some sort of attachment between the player and Noble team. Events that occur throughout the course of the game will have you feeling sympathy and attachment for your squad mates. A great deal of care has gone towards trying to create a story driven game along with cutscenes and great dialogue which culimante in a surprisingly engrossing if shallow story. Noble team is struggling to save the population of Reach and you are there in the thick of the fight.

If you have some friends who want to play, doing Reach in Co-op is probably about as fun as gaming can be.The locations of Reach are diverse, from green jungle mountains to convenant ships without gravity. You will fight your way through countless enemies, sometimes alone and other times with your squad mates. When you are rushing forward with your team, you feel invinsible but other times when it's just you and one squad member the AI character will seem rather useless. With that being said Reach is a game of many highs and well done pieces that fit well together with few to no obvious problems. The single player campaign will give you everything you're after in a Halo game and have you longing for more.

Everything that made the previous Halo games enjoyable are back. Fast paced action, a plethora of enemies and large gun fights. These battles are broken up by vehicle sequences and completing specific objectives. Reach doesn't reinvent the series but it takes everything you loved about Halo and wraps it up into a great package.

Although Reach isn't revolutionary, it does introduce some new elements into the Halo universe. For the first time you take to space for a brief but enjoyable fight between UNSC ships and the covenant. The interface for the entire game has been redone and is geared towards interacting with friends and making a smooth trasition from one gamemode to the next. On top of all this is a new and deep way to customize your character. Along side colours and emblems you can now unlock armour as well as other bonuses with credits you earn through playing mutliplayer and completing the single player campaign.

The Multiplayer of Reach is simple put: amazing. No other game offers you this much content, so seemlessly put together and functionally perfect. From daily challenges to the multitude of gameplay types, Reach's multiplayer is something to behold. If you have Reach but for some strange reason don't have an Xbox Live Gold account, get it. With new maps being released via DLC and the endless amounts of fun to be had with friends or strangers, the multplayer component of this game is almost worth the price of admission alone.

Halo: Reach is the ultimate Halo game. Unfortunately it will be the last game in the series done by Bungie, but we can sleep easy knowing that their last effort was clearly their best. A great single player campaign with diverse locations, battles and vehicles tied together with an amazing mtulplayer experience makes Reach one of the best games around in every way. You will not get another experience like this for some time, so if you haven't tried Reach yet, it's about time to suit up and begin the fight.