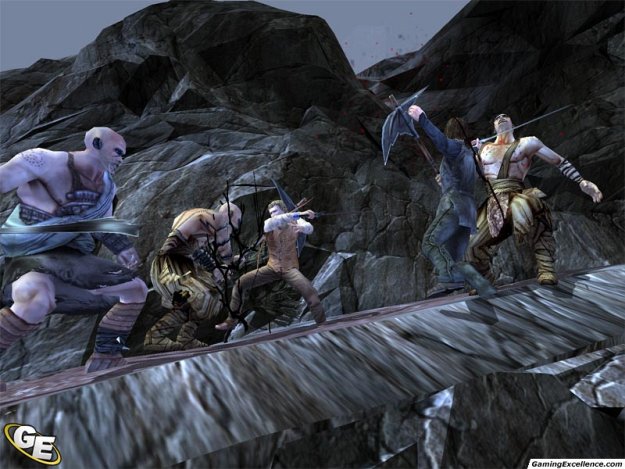 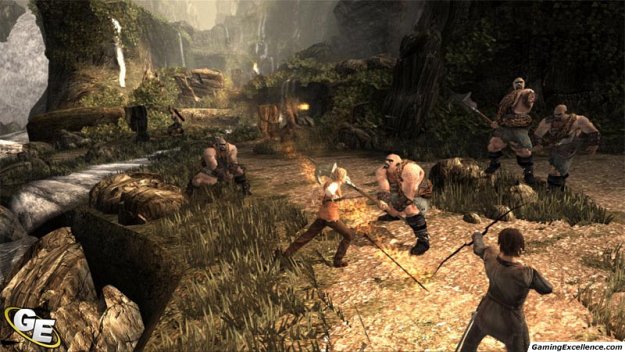 It must be quite a challenge to go from a book full of adventure, action, and magic, and somehow turn it into a game that doesn't contain any of those things. Eragon seems like one of those stories that's perfect for a video game. A fantastic world filled with dragons and swordplay, but there just isn't enough here to make it anything worthwhile.

For those unfamiliar with the plot of the movie, the game won't really enlighten you. Each of the cutscenes explains the bare minimum of a story, and even then, it's often not enough. It's quite apparent that the developers expected the players to have already read the book or watch the movie in advance, but even then, they didn't add enough gameplay to make it interesting.

The game is a standard hack-and-slash affair. You (Eragon) and an AI-controlled partner battle through various enemies as you try to complete your quest. The levels are extremely linear and are heavy-handed in how and where they guide you through the level. Enemies will often pour out of some unseen 'spawn point', and you will be unable to proceed until you eliminate them all. While other games have often used this process, with a good combat system this can be fun. Eragon is lacking even this. You start the game with a few three-button combos, but you never learn any more. Still, the jumping attack move is often unblockable and so it doesn't really matter what else you do. There's supposed to be some soft of blocking and countering and stunning tactics that you can use, but with a thrall of enemies, you can rarely tell when you're supposed to do these things, or whether an enemy is stunned or just preparing to attack. The unpleasant (and uncontrollable) camera, which seems determined to stay far away from you as possible, doesn't help much.

So the fighting system isn't too great, but as anyone who's heard of the book/movie knows, there's a dragon somewhere in there. Eragon gains the ability to both summon and ride your dragon. Unfortunately, the only times you can use Saphira (your dragon) while on foot is when a dragon-like icon appears over an object, at which point you must call her to do something before you can proceed. Quite disappointing. The other time you see the dragon is when Eragon's riding through the countryside. There're only a few dragon-riding levels, though, the dragon handles like a broken boat, the maps are repetitive loops, and the camera has some serious issues that lead to you crashing into various obstacles. At least the graphics in these few scenes look pretty good, which is more then I can say about the rest of the game.

What's really unfortunate is the lack of progression you feel in the game in terms of strength. As you complete certain levels, you'll gain new magical abilities or stronger weapons, but this is just given to you via a quick message after completing the levels. Still, your combat abilities, like combos and moves, never change. Nor can you go back to previous levels with these newly-acquired powers. You'll never really feel like you're getting any stronger.

Adding to all that is the short length of the game. The main story has about half a dozen hours of gameplay in it, more if you die a lot (here's a hint: use the jump attack, that's all you need). In each level, you can also collect a single secret egg that provides a few unlockables, but these are nothing much, only behind-the-scenes videos and such. Not really worth the trouble.

Eragon isn't an awful game. The problem is that what is there isn't good. There's not a lot of gameplay to keep someone playing for very long, and that's including the secrets. The controls are mediocre, but the combat feels too simple, since only one or two moves are really needed, and the AI can just easily get kicked off edges anyway. The plot is too thin to entice anyone new to the story, and there's just not enough there to interest anyone else.