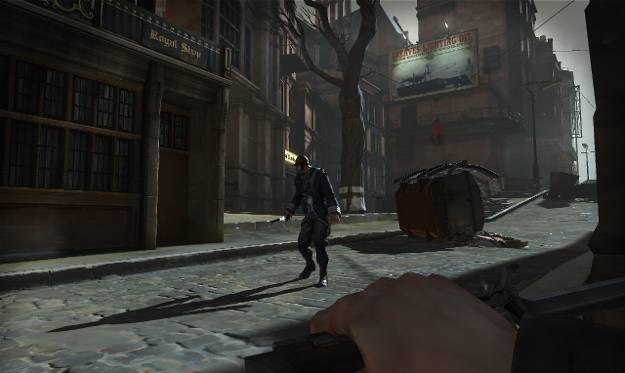 If there's one thing that I love in video gaming it's games that let you choose how you solve a problem. Games like Deus Ex, Thief and BioShock have always excelled in this and as such I was really excited to know that Harvey Smith of Arkane Studios, who worked on and was presenting Dishonored, previously worked on the Deus Ex games. Just that alone gives you a great idea of what is to come.

As you might expect from someone of that background Dishonored places a huge focus on player creativity and choice. In the demo we saw at E3 there were multiple ways to even approach your target location, various ways to get inside, multiple ways to handle enemies and almost as many to avoid them. A wide variety of weapons and supernatural powers lie at your disposal, teleportation, possessing your foes or even just flat out stopping time.

There is a story here, that of a man who was supposed to be bodyguard to the Empress now being accused of her murder, but it wasn't the focus of the demo. It was however made clear that the oppressive government, under a new tyrannical ruler, is the setting for your blood soaked revenge. A plague ravages the city, portions of it have been flooded due to failures in the city structure and giant stilt men called Tallboys patrol the streets to keep the plague bearers stuck in their quarantine zone.

The demo focused on one main mission, that of an attempt to kill two corrupt politicians, a pair of twins who apparently love to spend their time in a brothel. Getting inside of this place is a challenge as there are about eight different ways to enter, numerous guards, a large number of civilians who will give away your position if they see you and randomized locations for your targets all conspire to make your life quite tricky indeed. 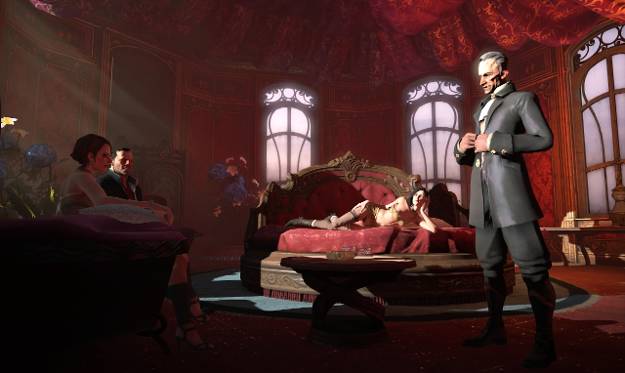 For the first showing they went with a more stealth oriented route complicated by attempting to kill nobody but the targets. It was beyond wild to see the character sneak up on a guard, choke him out, pick up the body and then teleport up on top of a taller structure to hide the unconscious man. Infiltration was done via possessing a fish of all things, going in through a drainage pipe and then hopping out. From here a series of careful teleports brought him through the brothel to the first target. Rather than confront him directly our protagonist can use a pipe in a nearby room to funnel steam in on the man and his prostitute companion. Then making your way upstairs to the second target, it's a simple matter of possessing him so he walks out onto the balcony and then blowing him off with a wind blast. Sneaking is complicated by seemingly very aware enemies and sound that moves realistically meaning a thick door might prevent you from hearing any enemies coming your way.

The action route didn't end so neatly but it was still wildly interesting to watch. Sprinting across roofs, sniping the heads off the outside guards and stealth killing his way into the brothel it soon turned into a bloodbath. Using a blade in one hand and a gun or crossbow in the other, the protagonist battled hordes of guards to reach his targets. A swarm of rats were summoned to hurt and distract them and later on time was completely stopped so several headshots could be fired in rapid succession leaving several cold bodies once it all unfroze. Combat has a fairly familiar flow with counter attacks and blocking being key to your success rather than button mashing but it seems quite rewarding. Heck just wind blasting a guy right out a window is reason enough to want to play this game – I wish all my problems could be solved that way.

Dishonored releases for the 360, PS3 and PC on October 9th in North America so keep your eyes peeled for it. Also keep your eyes open for those limited and collector's editions that developers love these days as one for this game would likely be awesome.