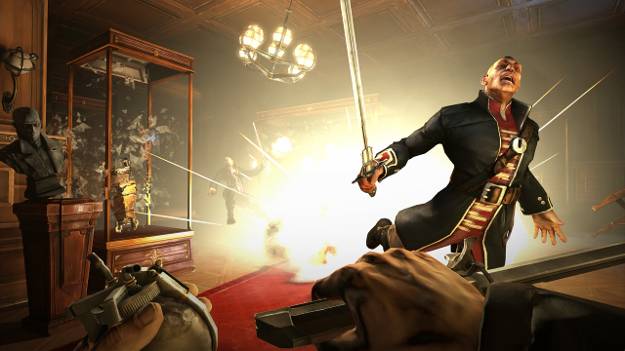 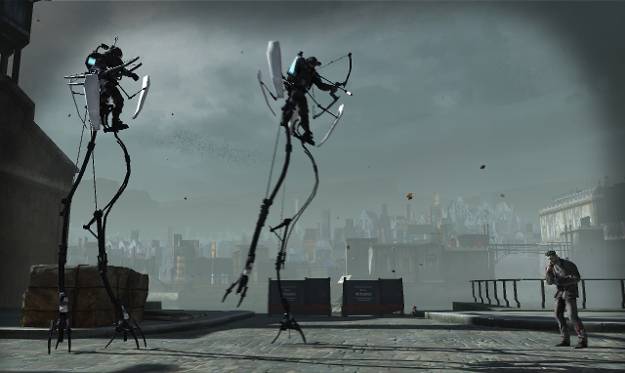 New intellectual properties have a hard time towards the end of console life cycles, most of them just slip under the radar. It's pretty well known, by now, that the end of this console generation is coming. Most of the games on the shelf are just entries in long standing franchises right now. New intellectual properties just don't get the exposure they sometimes deserve. Though sometimes this isn't the case...

A very common question recently in the gaming world is: "what is Dishonored?" For those who haven't been following it, Dishonored is a new stealth action game developed for Arkane Studios and published by Bethesda. The game takes place in Dunwall, a neo-industrial, steam punk, london-esque city/empire. In Dishonored you assume the role of Corvo, the Empress' personal bodyguard. After being framed for her murder you are put to trial. Long story short, you're busted out of jail and you are made into an instrument of death for an organization still loyal to the empress. You agree to help the loyalists in order to fulfill your own personal revenge. That about sums up the motivations for the revenge and the murders (or the non-murders). 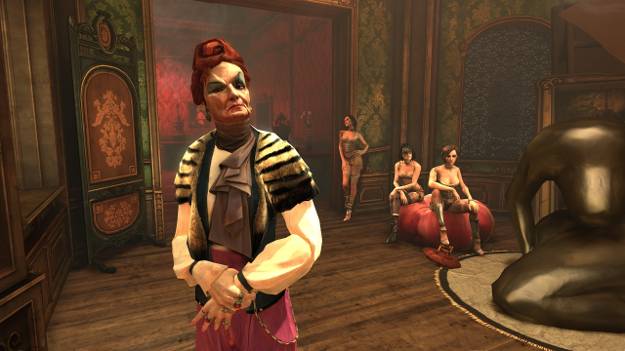 The moment you get your hands on the controls you'll notice that the game runs really smooth. The game play as a whole feels really excellent. You play in first person the entire way through. Your major means of murder is your blade held in the right hand. Your left hand is left free to wield other instruments of death... or magic. Yes, there's magic. You gain a selection of magic abilities that allow you to teleport short distances, possess animals or people, see through walls, or blow gusts of wind. The powers that you are given add a lot to the game. They open up so much more as far as options for all aspects of the game, from combat, to traversal, to stealth. I feel that if the developers didn't add in something special, then Dishonored would have felt rather bland in the gameplay area. Dishonored feels far from bland, it feels quite excellent and varied actually. You definitely have many options for how to go through the game and you are encouraged to do so more than once. Many parts of the game, including targets are procedurally generated. One time you play the game, your target may be in one area doing one task, the next time you play the game they may be doing something completely different in a completely different area. You are forced to do the investigations every time you go through the game and you're encouraged to try different methods. Having your targets wearing different clothes, being in different places and doing different things is a really awesome feature that gives Dishonored a ton of re-play value, especially compared to other single player only games.

Once the prologue is finished, you are given a standard mission structure. You are briefed on your objectives, then you are put into the area in which you must fulfill those objectives. You move through the game in districts. Once you're into the areas of town you have many, many options for traversal. You can walk the streets and kill everyone, or you can stick to the shadows and avoid everyone. Those are just two examples of what's open to you. Taking in your surroundings is very important. For example: I was doing an optional mission where I was to infiltrate a distillery. Once I reached the distillery court yard, I took a look around. I noticed a few thugs talking in the court yard, I looked up the the roofs and then weighed my options. I could just kill everyone and waltz in, or I could try to sneak through from cover to cover. I then found a ramp to the rooftops that connected to distillery pipes. The pipes lead right to the doors, bypassing everything in the court yard. That's just a small example of the many different options you are encouraged to look for.

Combat in Dishonored is based entirely in first person, and it involves a lot of melee. You block and attack with the sword in your right hand, and your left hand, as mentioned earlier is left open to options. In combat you would mostly block and swing. However combat plays out very frantic and fast paced. It's hard to actually keep up. Also, only a few hits on Corvo will actually take him down. Arkane studios really wanted to make stealth the more viable option. Getting through the game with stealth is more difficult than going "guns blazing" (so to speak), but it's ultimately more rewarding, even though the murder is very visceral and feels very rewarding. The more enemies you kill and the more chaos you cause makes your game harder in the end (and theres a promise of a "much darker ending"). Basically if you like murder, then the game won't make things easier for you. More plague ridden rat swarms and plague victims will be wandering the streets, ready to attack you. You are even given non-lethal options to take care of your actual targets. Perhaps you could just excommunicate them from office, or you could have another individual put the target into a life of indentured servitude. Dishonored is a game about options. You are given so very, very many ways to accomplish your goals. 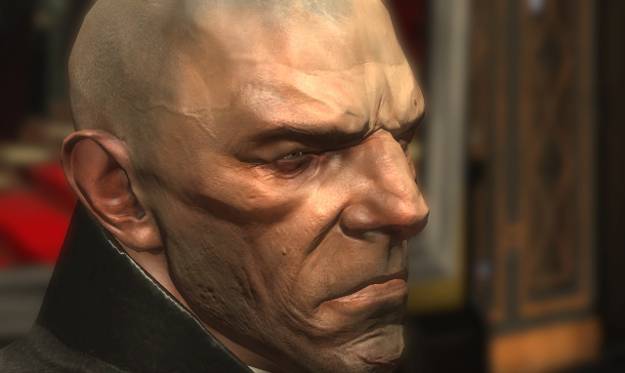 The graphics look awesome. The animations are smooth as butter and there are no frame rate problems at all. The environments lack in colour, however that's part of the actual setting for the game. It's not like Dunwall has no colour in it all, there is definitely some colour in the garb worn by many of the townspeople, specifically the nobles. The art style is really great for the game. Arkane studio really put together an attractive game. Dishonored is a pleasure to look at. The only graphical issue is very minor. There are some small anti-aliasing issues. Some of the lines look a bit jagged. That's really it, and you forget about that fact after getting immersed in the world.

The sound is really well designed in the game. Some of the sounds are relatively startling at first. There are loud clangs and klaxons within the city upon announcements. You are also made very aware of the fact that you've been spotted. The sword, guns and crossbow all have great sound to them. They feel like they have impact. The voice acting isn't the greatest, but it's passable. There isn't a ton of emotion to the dialogue, but it's well delivered and gets to the point. You are immediately given the option to skip any and all dialogue if you wish. The story is quite intriguing, so skipping the dialogue might not be a great idea if you're interested in story content... but that's an obvious point. There is a lot of conspiracy and mystery on the streets of Dunwall. The story is enough to keep you interested.

There is so much good about Dishonored. The stealth is done exceptionally well. The traversal is really well done. The combat feels frantic and fast paced, giving you a real feel for being behind the blade and mask. The magic powers given to you give the whole experience the extra bit it needs to not be bland. The sound and graphics are all really well done. The sheer amount of options given to you is great. The ability to stop and look around just to find alternate paths is really quite excellent. There really isn't much bad I can say about it. The voice acting isn't great and there are some very minor anti-aliasing issues. All-in-all Dishonored is a new intellectual property that shouldn't slip under your radar. Don't pass on this one. If you like stealth action games and great story telling then Dishonored is worth every penny.