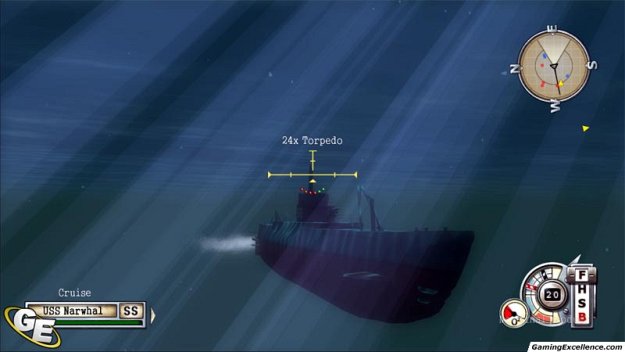 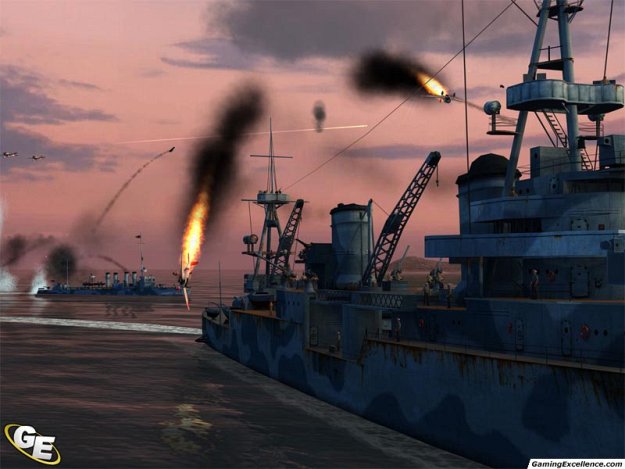 We recently had the opportunity to go hands on with this upcoming title by Eidos, and to say the least it looks like it may just blow us all away. Battlestations: Midway is a pleasant mix of the action and strategy genres that leaves the decision up to the individual player to decide how to play the game. Those who prefer more strategy can opt to control the combat from a top down perspective and dispatch units to combat areas, while those who prefer more action can fully take part in the individual battles by commanding and or all of the units as they attack the enemy. Any combination in between is also possible, as the act of sending a unit into battle will trigger the AI to take control up to and until the player decides take over. If the player does not, the AI will simply continue with the battle until it is over. This unique blend of a mixed genre game combined with the choices that this game offers players appears to have been an excellent decision on the developers' part. It will allow for a larger market base, and I must say that I have not been this excited to play a World War II based game in a long time.

Based entirely on the Pacific theatre of WWII, Battlestations: Midway allows players to choose between the Japanese and American troops while waging combat on an epic scale. The battles are lengthy and filled with action, while retaining a sense of strategy and tactical combat. On top of this, the game looks absolutely amazing even this far in advance of its actual release date. The environments are really well done and all vehicles in the game are modeled accurately to reflect those used in WWII. This not only applies to the look of the sixty different planes, ships and subs in the game, but also to their functionality and capabilities. On the environment side, the game features dynamic weather effects and incredible detail on the water that makes the Pacific Ocean and islands come to life during battles.

Developed by Mithis Entertainment, Midway features a single player campaign, challenge missions and eight-player multiplayer modes. The campaign begins with the attack on Pearl Harbor and ends eleven missions later at the Battle of Midway which was considered the turning point of the Pacific war. There are twelve challenges and a naval academy for training. In the single player game modes, the decision on how to play the battle and how much control to take in it is left entirely up to the individual. The top down strategy mode can be used to strategically assign units or the third-person view can be used to control individual units through combat. Both of these can also be used seamlessly and simultaneously as players make decisions during the combat. In the multiplayer mode, Battlestations allows two teams of four to go head to head with each player controlling a unit. One player can also choose to take over as a commander and play in the strategy view, assigning other players to specific targets.

Battlestations: Midway slated for release in Q1 2007, to correspond with the 65th anniversary of the Battle of Midway. It will also be released for the PC and PS2 in the same time frame as the Xbox 360 version. So far, this game is looking very promising; the graphics are amazing, the realism and attention to unit details is highly accurate, and the gameplay will appeal to strategy or action fans alike, as well as anyone in between. We look forward to seeing how this one turns out early next year.