Become a Legend as the greatest spectacle in sports-entertainment comes to Xbox with WWE WrestleMania 21. Players can live the WWE experience like never before with the inclusion of Superstar voice-over, commentary, motion-capture technology and the ability to take a created belt online to challenge your friends via Xbox Live.

As true as the Madden Curse is a reality, I believe that the Xbox is also cursed with the inability to simply produce a competent wrestling game. Adding fuel to the fire, why does THQ insist on allowing other companies to attempt making WWE games for the Xbox when Yuke's has already perfected the art on the PS2? Read More. 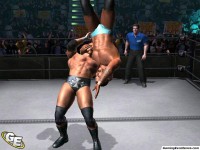 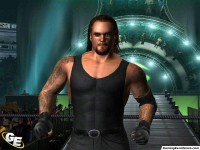 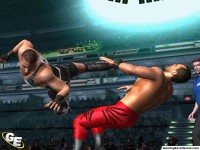