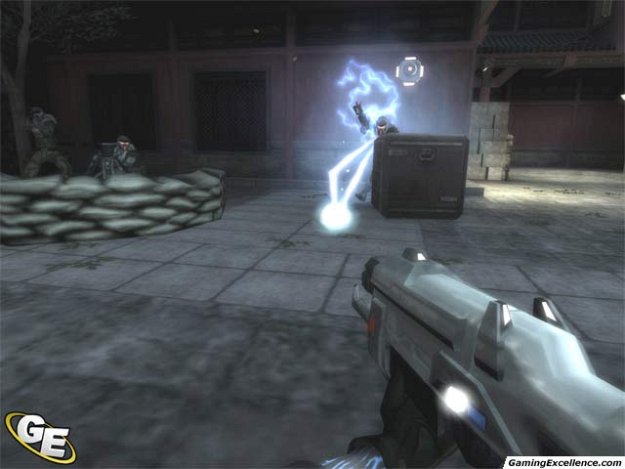 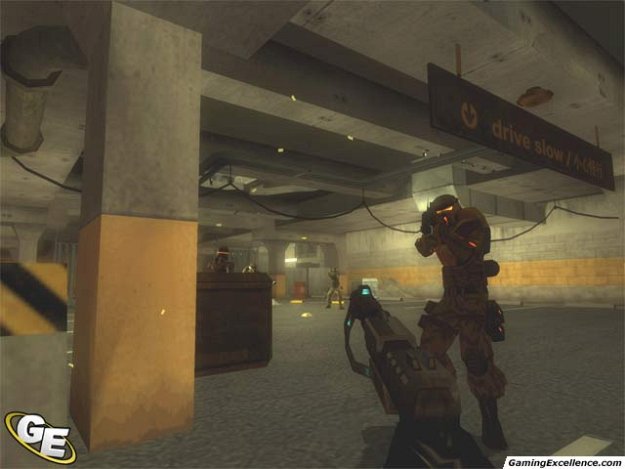 An EMP blast explodes in the distance, crippling your defenses. Soldiers are moving in from every direction, and you have to fight them off the only way you know how. Published by Eidos Interactive, a company better known for games such as Tomb Raider, Lego Star Wars and the Hitman series, Project: Snowblind is an intense first person shooter with an enjoyable storyline that keeps players coming back for more. With a huge arsenal of grenades and weaponry at your disposal, there are never enough ways to take out those pesky enemy soldiers.

For those unfamiliar with the lingo, "snowblind" is a military tactic meaning a complete shutdown of all internal electrical and bio-mechanical systems. This is trigged by an electromagnetic pulse, better known as an EMP blast. These pulses disable all electrical systems; basically if you are flying in a chopper in the vicinity of an EMP you don't stand much chance of staying airborne. But enough of the physics lesson, lets take a look at Project: Snowblind.

Project: Snowblind has a fairly complex storyline. The title put you in the middle of the next World War, a war in which the entire world is torn apart by several factions of terrorists. Started in 2065, you are the leader of a small group of soldiers called the Liberty Coalition. The combat starts in one of the oldest surviving Buddhist temples in Asia, better known as the Ta Shih Chi Temple. You are quickly put in battle, when an ambush leads you to protect your teammates after being shot out of the sky.

After getting struck, you awake to a bright light, and the only thing on your mind is being able to finally join your brother after he passed away several years earlier. Much to your dismay you find out the doctors not only revived you, but you have been volunteered to become part of a new experimental breed of super soldiers. Armed with biomechanical implants, you take it back to the combat field and continue your conquest onto the battlefield.

As you progress through hours of combat you gain enhancements and slowly learn how to take advantage of the biomechanical implants. You'll meet up with different people that have also had this experimental surgery and they show you how to activate different features. These features include infrared sight, electrical storms which zap enemies with a high jolt of electricity, a cloak generator, reflex boost, and finally ballistic shielding. These biomechanical upgrades are seemingly similar to those found in Deus Ex, it's obvious where Project: Snowblind gets some of its inspiration.

Graphically, Project: Snowblind is a very solid title. Environments are highly detailed and provide a very enjoyable atmosphere. As with the graphics, cutscenes are extraordinary in detail, Crystal Dynamics have really nailed this element right on the mark. Explosions can be seen from afar and gunfire is surprisingly lifelike. The games' lighting and shadow contrasts are superb, and most of the objects are interactive, adding a very dynamic element to the title.

Similar to the 'gravity gun' in Half-Life 2, Project: Snowblind features a weapon called 'the kicker' which allows you to push and pull interactive objects. Controls in Project: Snowblind are very easy to handle, it's a game where you can pick up the controller and get started without learning a lot of complex maneuvers. The buttons are mapped as one would expect, and the developers have made sure to add a console to quickly view the controls for the weapons and a description of how each weapon works.

As with the graphics, Project: Snowblind features a wide array of sound effects that add to the fury. The surround sound is very well developed, as it is easy to determine in which direction the AI is speaking, or shooting at you for that matter. Within a few seconds, I was able to determine which way the speeding bullets were zooming by my head, and react accordingly. Missiles and other large-scale weaponry is easily felt through a good subwoofer, a dead giveaway to get the heck out of there.

Project: Snowblind, starts you off in the middle of combat without really any explanation of why and who you are, it becomes clear as you progress through the missions. With that said, the missions are very challenging; in some cases they can be frustratingly difficult. The overall gameplay model is very smooth, but can become a bit repetitive after an extended period of play.

As you progress through the game, the use of vehicles will become available, a welcome addition to the standard first-person shooter mix. Weaponry is also very abundant, with a wide variety of different guns and tools at your disposal. In some instances, Project: Snowblind forces you to vary your killing method by making certain weapons useless against different types of armor or electronics. It also has several unique traps that will force you to bring out that sniper rifle, or even "the kicker" to complete the job.

Offering Xbox Live and system-link support for up to sixteen players, Crystal Dynamics have added a lot of value to Project Snowblind. The title offers a wide variety of online modes, including standard deathmatch and team deathmatch. The "hunter" online mode is where one player finds a token and becomes the hunter, the only person who can kill others, and is completely invisible with complete augmentations. Other modes include capture the flag, fast flag capture, and the strategic team-based tactical assault mode. With so many modes of play, it is truly unfortunate that the developers neglected to include a split-screen multiplayer feature. It's something which really would have worked in this game, and a feature that most other shooters have found successful.

Project: Snowblind is without a doubt a must have title for any fan of the genre. This game has unquestionably made my list of favorite titles for Xbox, for both its outstanding single player campaign and highly enjoyable multiplayer component. Whether you're a bio-mechanically engineered super human or just a regular Joe standing around the store looking for a new adventure, Project: Snowblind is one game that has a lot to offer.