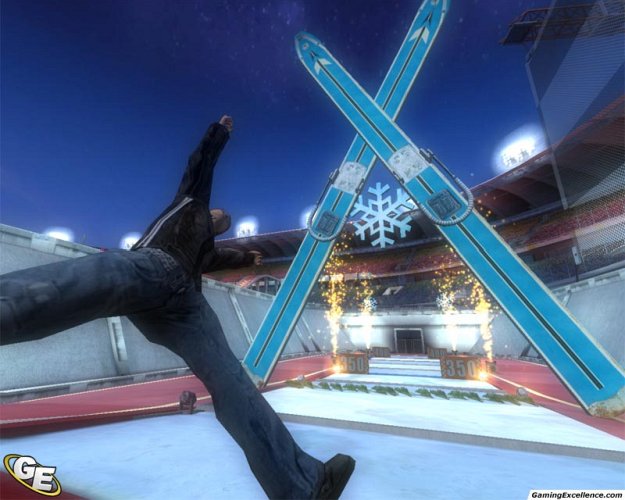 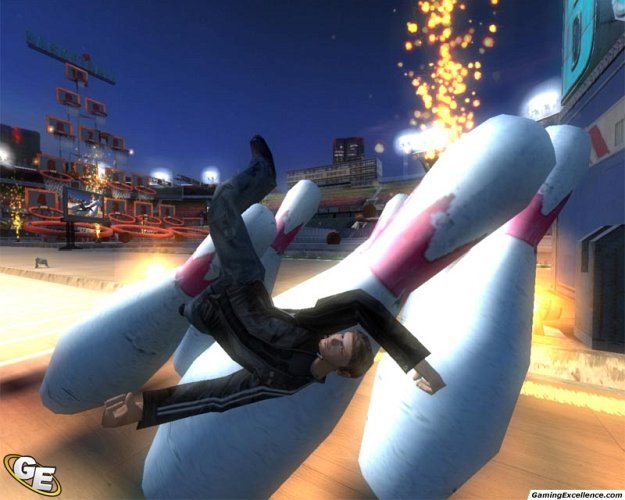 The mid-1990's were a good time for the racing genre. I can remember wasting hundreds of hours playing the Destruction Derby series developed by Reflections and published by Psygnosis (now SCE Studio Liverpool) in MS-DOS mode on my PC. These titles really established the destructible racer as a genre - since then it's branched into subgenres, but in the end Pgynosys started it all. Established franchises like Criterion's Burnout focus more on the high-octane insane crashes; while other games like Microsoft's Forza (albeit a racing simulation) implement a realistic damage model. Later came the Nintendo 64 version by Looking Glass, Destriction Derby 64. Bashed heavily by critics - DD64 was another game that I wasted hundreds of hours on. It's been a good number of years since I've been able to sink my teeth into another true to its roots destructible racer - how does FlatOut 2 standup to this seemingly impossible task?

FlatOut 2 is fairly deep in terms of options and modes of play. Multiplayer wise, FlatOut 2 offers up a variety of modes, party mode, split screen racing, and Xbox Live support. In career mode, you'll start out with a beater of a car, and progress through various events; races, stunts, and destruction derbies. From the garage, you can upgrade your car with the credits earned, or simply buy a new car from the shop.

You'll earn credits through a variety of means, by winning a race, having the fastest lap, or being the best wrecker, among others. You also earn credits for every hit that you lay on an opponent, anytime you give them a taste of your front bumper. The upgrade menu is fairly simplistic, but at the same time keeps the emphasis on the destructive gameplay itself.

As mentioned previously, you'll compete in three different types of events. The race is fairly straightforward, an all out brawl towards the start/finish line. The destruction derby is where you take to an open area and attempt to lay the smack down on everyone, while keeping your car from blowing up in a pile of smoldering steel. You'll earn points for every hit on an opponent; as well you'll get bonus points for finishing them off. Finally, the game offers up a variety of stunt modes, although these feel more gimmicky then otherwise. High jump, bowling, curling, darts, soccer, the premise of each of these games is essentially the same. Drive your car down a ramp, and eject the driver sending him flying through the air. In the high jump, the goal is to get the stunt dude as high as you can, while in bowling it's to knock down all the pins. Although good for a quick thrill, these modes offer little longevity.

The game offers three classes of cars, derby (cheap, durable, and essentially rusting hunks of steel on wheels), race (a balance between speed and durability), and street (as fast as they get). As you progress through the career mode, you'll move up the ladder in terms of classes (and what you can afford).

FlatOut 2 plays a lot like its predecessor, although visually it has been enhanced and the gameplay has been fine tuned. The ragdoll driver ejections are still there, but gone are the light bumps that would send the driver flying through the front windshield for little to no reason. The overall game handles well, and although it's a challenge driving through a field of debris, it's a heck of a lot of fun.

The audio is a mixed bag. On one hand, the soundtrack provided contains some big name artists, but it is much too limited, as songs often repeat themselves. The sound effects however are bang on, I especially enjoyed the reverb and echo effects as you pass through enclosed tunnels at speed.

Graphically, FlatOut 2 is a big enhancement from its predecessor. The textures and environments have been vastly improved, as has the vehicles and total destructive power of the engine. Flying debris, sparks, and explosions as cars come to a fiery death look sharp, and really showcase the graphical power..

Overall, FlatOut 2 is a very enjoyable racer. It's not a game you'll still be playing in a few years, but in the meantime its destructible racing at its best.