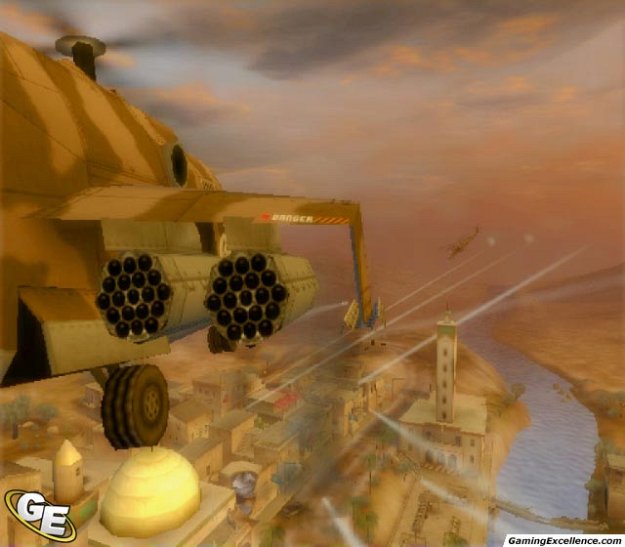 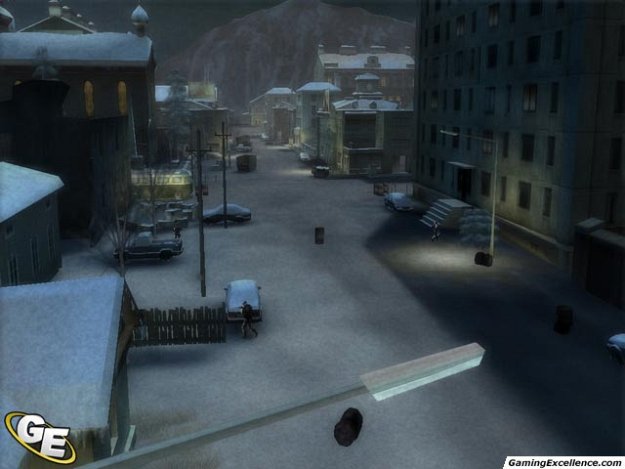 As the release of Battlefield 2 nears its End-of-October street date, EA Games was kind enough to send us a playable demo to give us a taste of Digital Illusions' new masterpiece. With the previous release and success of Star Wars Battlefront and the pending release of its sequel, it has become more and more apparent that what the Xbox is missing (and what gamers want most) is the game that started it all on PC; Battlefield!

While the single player portion of the game was unplayable, the movie shown focused on a massive strike taking place atop a bridge. In it, the new points system was demonstrated (each kill gives your player points based on given criteria which are then used to upgrade the rank of your soldier and unlock or buy new enhancements). The clip also showed various modern weapons and vehicles in action with nigh a slowdown in sight. The amount on action represented was dizzying and it will remain to be seen how well balanced some of these smaller maps are. We were also given a taste of the many advancements the Battlefield series has made on the PC such as first person Guide Missiles (a la Secret Weapons) which will no doubt all be implemented in this version.

The real meat of the demo was a single playable multiplayer map. The action this time around takes place in modern times (as the title implies) in the war-torn region of Kazakhstan. While only 2 (of the 4) forces were playable, it was easy to distinguish the various weapons and vehicles available to each side. For those who have played the series on PC through its various iterations, you will immediately feel at home but will notice a few slight changes to the feel of the game: the capture points seem very close to each other, the terrain is varied enough to make vehicle transportation slightly difficult through certain areas and the series seems to have discovered its vertical dept. For the first time it seems that you have to pay close attention to all your surroundings including elevation. While the series has always featured a "few" elevated vantage points here and there, this time around they are quite plentiful. It's not uncommon now to find all of the enemy forces holed up on higher ground just waiting to peg your off as you search for the illusive flag which happens to be right "above" you. This is possibly the best evolution of the series and one that can play out in many various ways depending on map balance.

The vehicles are well defined on the heads-up map and are easier than ever to maneuver, especially helicopters. And while the maps do feature shrubbery and bushes, the problem that plagued Battlefield Vietnam to a certain extent, namely ghost snipers, is nowhere to be found.

And while this demo was nowhere near a finished product, one of the most breathtaking aspects of it were its graphics. From the remnants and byproducts of shelling and explosions to the weapons and vehicles, the game looks and plays beautifully. Artistically, everything seems natural and in its place. An old jalopy on the side of the road? It's there… and you can even use it too. PC players will also appreciate the new water effects that are truly amazing to look at when the sun beats down on them.

A "by the numbers" look at the game offers the following; Battlefield 2: Modern Combat will feature 30 vehicles, 50 weapons, 4 playables Forces, support for 24 players online and over a dozen maps. The key feature that has been talked about but not shown yet has been the "Hot Swap" option. This will allow you to "jump" from soldier to soldier in the single player campaign allowing faster movement and more hands on initiative.

As it stands, besides a few clipping and balancing issues, which will be easily fixed, the only thing that leaves BF2: MD hanging is its stats tracking. Battlefront preferred to keep games "friendly" by awarding trophies at the end of each match and not tracking stats cumulatively. To many, this is a good way to eliminate stat junkies and cheaters. As for BF2, there is a rumor that both tracked and untracked game servers will be available. This could be the perfect fix for many nagging online gaming issues and would, in the least, promote a carefree gameplay option for the "rest of us".

Battlefield 2: Modern Combat may well have taken its sweet time coming, but come November, there will definitely be a strong new contender to Halo 2's Multiplayer Crown.