Battlefield 2: Modern Combat is a action game developed by EA Digital Illusions Creative Entertainment for the Xbox. The game was released in November 2005.

As the release of Battlefield 2 nears its End-of-October street date, EA Games was kind enough to send us a playable demo to give us a taste of Digital Illusions' new masterpiece. With the previous release and success of Star Wars Battlefront and the pending release of its sequel, it has become more and more apparent that what the Xbox is missing (and what gamers want most) is the game that started it all on PC; Battlefield! Read More. 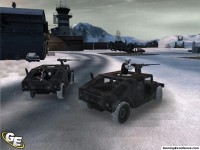 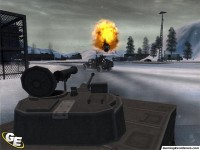