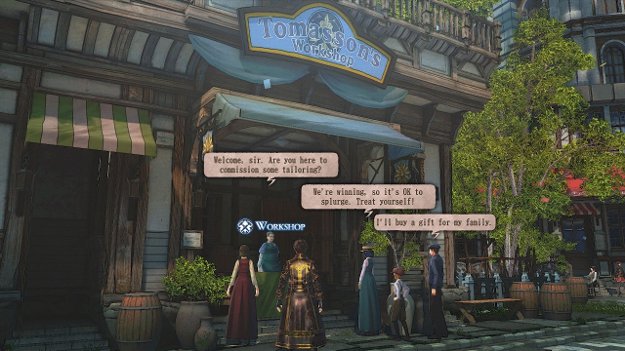 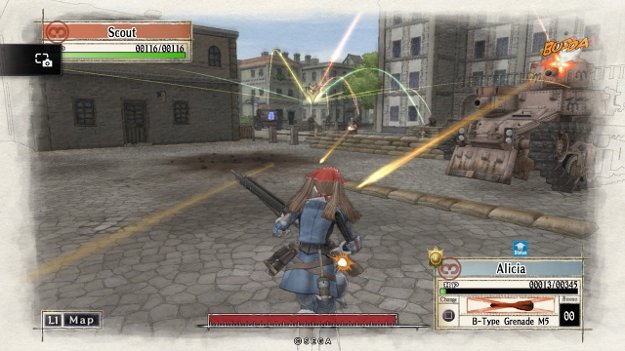 So Valkyria Chronicles came out on the Playstation 3 originally, but that might as well be a thousand years ago, so I'm going to cover it in this review as if it was a new title, and as if you, fellow reader, had never visited nor heard of the continent of Europa and its not-quite-world-war (okay, yes, it was also released on the PC in 2014). It is here where you assume the role of Welkin, reluctant soldier and commander of a ragtag group of forces that are tasked with fighting against the might of a powerful Empire that has come to invade his homeland. You'll be deploying forces, strategically ordering units around the battlefield, and generally trying to force back the tide of forces to strike back at your oppressors.

Valkyria Chronicles was, and still is, something of an outlier in strategy gaming - by combining turn-based and real-time tactics, it creates an experience that hasn't been seen very often in the genre (except by a scant few games, such as Codename S.T.E.A.M. for the Nintendo 3DS). On your turn, you're given a certain number of command points that can be used to order units around: but moving them isn't just a matter of pointing from their square to another and watching them move. When you command a unit, you take control of them, creating a real-time environment in which you can maneuver around the environment and enemy forces, take cover, and use third-person controls to aim and make a single attack (though, time stops when aiming, so don't think that skill in the shooter genre is required). Once your command points are used up, the enemy moves and does the same thing. 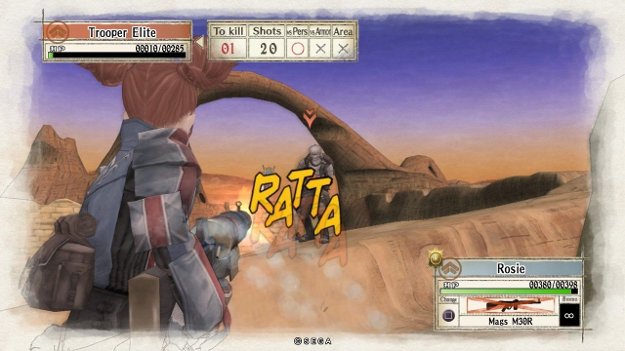 Moving infantry is most of what you'll be doing, but it's not your only option. You're also given a tank to move around the battlefield, which in addition to being, well, a tank, also doubles as a great source of cover. There's also the option of issuing Orders, which allow you to do things such as bringing down artillery strikes or strengthening your units. This, again, costs command points.

The real-time element of the game adds a strong layer of strategy to the combat: first, you can't simply rush through enemy lines - unless you are aiming your weapon, anytime you're controlling a unit, the enemies can fire upon it, so it's in your best interests to watch that you aren't being riddled by bullets while running forward. Second, every unit has a limited pool of action points that determines how far they can move before their turn is over, and every subsequent time you command them in a single turn, that pool gets smaller, so you need to determine if it's best to command multiple units forward or just one. And because you can aim manually, it opens up the possibility of finding weak points on the enemy, such as headshots on opponents, or radiators on the backs of opposing tanks. 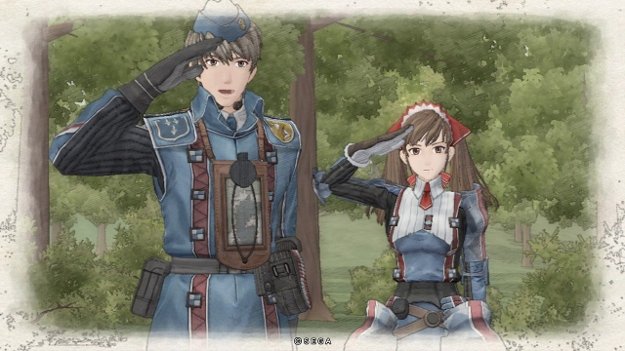 Much of the charm of Valkyria Chronicles comes from its troops. Each of them has their own personalities, as well as their strengths and weaknesses, so picking the right list of troops for the environment and opposing forces is important. Luckily, experience points are not distributed to each infantry unit, which would make swapping out units a giant pain in the butt with respect to strength levels and such: instead, it's distributed to the unit as a whole. So, when the Scout class levels up, every Scout under your command gets stronger as well. And with four different classes (fast Scouts, armored Lancers, short-range Assault troops, and far-range Snipers), it's important to get a good mix to keep the enemy on their toes.

Valkyria Chronicles Remastered is certainly not without its flaws. The most immediate one is that this game is exactly what it says on the tin: there's nothing new here, there's no new content (though all DLC from the original game is included), nor has anything been changed in the gameplay. It's certainly prettier, and the game's watercoloured cel-shading style looks excellent on the Playstation 4. That said, since nothing's been changed, the game still has problems such as its ranking system: the rank you get on a mission, which determines your experience gained, is based off of how quickly you complete it. There are other factors, but compared to the amount of turns taken to beat the mission, they are almost entirely irrelevant. 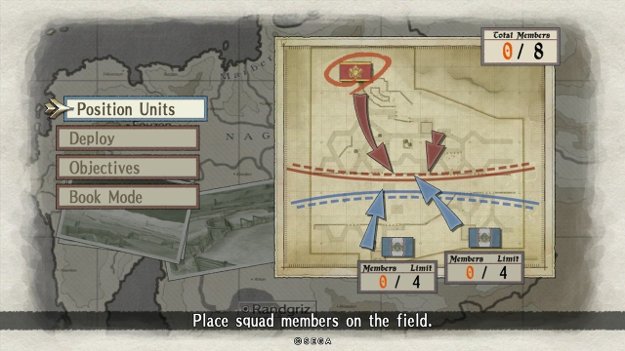 What this means is that you could go through a mission expertly defeating every enemy in the opposing army and not suffering a single loss, but you'll almost certainly get a worse rank than someone who had a handful of scouts rush forward, capturing a target despite suffering losses and still being surrounded by enemy forces. It doesn't make a lot of sense.  But that's a bit of a minor complaint here.

Regardless, Valkyria Chronicles was, and still is, an excellent strategy game that really stands out from the crowd, even with its handheld sequels. It's lovely to look at, fun to play, and it still holds up after many years. There's a bit of a bizarre disconnect between the "we're best friends!" storyline and the grim reality of the war that they're fighting in, but other than that it's a pretty good experience story-wise, too. And with the game's trophy support, those lamenting the lack of said feature from the Playstation 3 version will be happy with what this brings to the table, too. All in all Valkyria Chronicles Remastered is a pretty basic upgrade from its original, but it's still a great game to play.