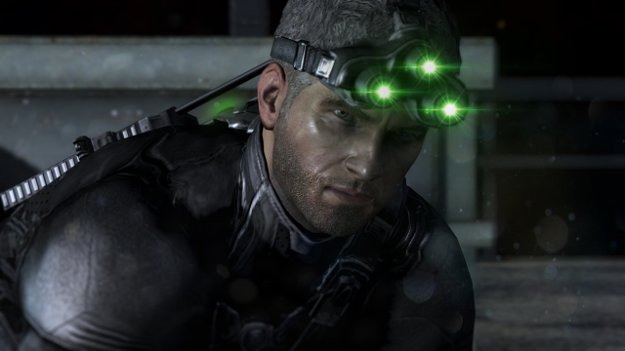 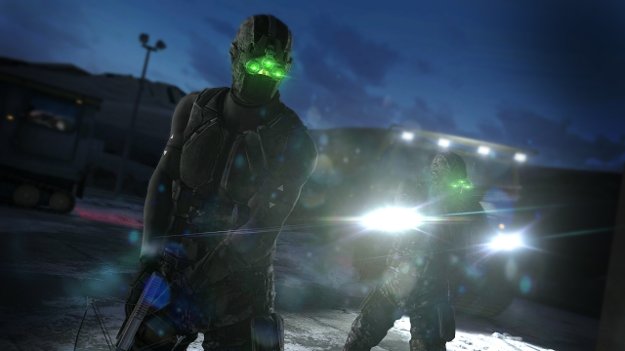 While I personally really enjoyed the shift in tone and direction that Ubisoft’s Splinter Cell series took with the most recent installment in Conviction, a lot of people lamented the shift away from hardcore stealth mechanics towards an action packed equivalent of a Jason Bourne film starring Sam Fisher. With the mixed reactions, Ubisoft certainly seems to be taking a kitchen sink approach to the latest Splinter Cell title, aiming to please those looking for the careful modern ninja gameplay of the original trilogy with the rollercoaster action of Conviction. The funny thing is, after trying several modes out over the course of several hours at the Ubisoft offices in Toronto, it seems like they’ve succeeded.

Whether you’re looking for single player, co-op, or competitive multiplayer, Blacklist has you covered. The unique approach to all three modes shines right from the beginning of the game, where the game instantly puts you in the first level of the game instead of having you select a mode from a static title screen. The main hub of the game is on board a fully decked out airplane that unites all the modes seamlessly. From the map screen on board the Fourth Echelon plane, players can quickly jump between modes while staying within the illusion of being a bigger part of an anti-terrorism unit led by Sam Fisher himself. 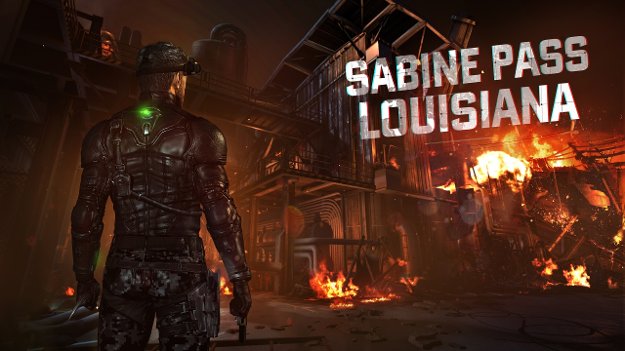 The plot of the game takes place after the events of Conviction. At the outset of the game, Sam and his partner Briggs are leaving an American base when it is suddenly blown up by a terrorist organization. The shockwave knocks Fisher and Briggs out of the air from the helicopter, and the two must re-infiltrate the destroyed base to get to the bottom of the attack. Before long, it is revealed that a terrorist organization known as The Engineers have offered a do or die situation to the American government. Pull out your troops from every location overseas, or the Engineers will attack a major American target every seven days until their demands are met. It’s at this point that Fisher and his Fourth Echelon friends are called into action to investigate The Engineers and put a stop to their plans, a mission that will take Fisher to every corner of the globe.

What’s new for Blacklist is a common economy that goes through all three major gameplay modes, rewarding players for playing according to the play style that they decide on. Money earned for in game achievements can be used to purchase new gear, customize your agent, and even pimp out the plane and base of operations. Ghost players will be rewarded for slipping in and out of hotspots undetected without resorting to killing enemies. Assault players can be rewarded by going in with guns blazing and tossing stealth to the wind. In between players can gain points towards their Panther ranking by utilizing stealth, but using a more lethal approach. This design decision not only allows a ton of freedom with how players want to tackle the game, but offers excellent replay value to try out different tactics throughout multiple playthroughs.

For the single player, I played through the introduction and the first major story level that took more than an hour. The maps in the game are absolutely enormous and look great. The best innovations from Splinter Cell Conviction have been carried over to this installment, from the great and seamless cover system, players can instantly mark and execute enemies in cinematic fashion by taking out other enemies first, the mission objectives are still graphically integrated into the environments, and the stealth and combat feel equally well designed. You’ll likely have an easier go of things if you decide to be stealthy, but the game is great at keeping you on your toes between quieter moments of stalking the darkness with your trusty night vision goggles and outright action set pieces that arrive suddenly and unexpectedly. It’s a smooth and exciting gameplay experience in single player.

Co-op missions are also available, a whopping 14 of them, all accessible from the plane hub. Co-op missions are further organized by in game characters that offer different gameplay experiences. For example, Briggs’ missions are pretty wide open in terms of player approaches of stealth or outright combat. No-nonsense leader Grim’s missions are pure stealth, resulting in instant mission failure for being spotted. Hoodie-clad electronics expert Cole’s missions are focused on pure assault and firepower, and former Conviction villain Kobin’s missions are Panther focused. Co-op requires real communication between partners, and even requires synchronized executions to take out lights or heavily armored enemies together.

We also managed to get in an hour with the game’s competitive multiplayer mode, Spies vs. Mercs, specifically the Blacklist mode. If you played the mode in older Splinter Cell titles, you’ll have a pretty good idea of what to expect. Players are divided into teams of Mercs and Spies. If you’re playing as a spy, you’ll be playing the game for a third person perspective, and your objective is to hack data from various points on the map while being hunted by the Mercs. Spies have several gadgets to keep themselves hidden like cloaking devices and smoke bombs, which are essential since a spy out in the open is easy fodder for the heavily armored mercs. Spies get an advantage by being able to climb and traverse the vertical design of levels much like Assassin’s Creed, and being able to instantly kill Mercs in close quarters combat if they are stealthy enough. Mercs on the other hand can take way more damage and are played from a first person perspective. They also have more weapons and are far deadlier from long range. Each player switches sides every round. The mode is tons of fun, but I was absolutely awful at it. Given that most players will have more experience with shooters, it’ll be interesting to see how Ubisoft maintains balance between Spies and Mercs, because my playtime with both seemed slightly skewed towards the Mercs.

As fun as the game is to play, it also looks and sounds fantastic. All of our demos took place on Xbox 360s, and with games that look this great, you have to wonder why we’re jumping into a new hardware generation in the next few months. Fire, character animations, shadows and lighting, environments, level designs, explosions, and even pieces of cover being chipped away by gunfire, Blacklist looks every bit the part of a late generation title. The only small details like uncanny valley faces and some ever so slightly awkwardly modeled hands do nothing to diminish a great looking game. The new voice actor who replaced longtime Sam Fisher Michael Ironside does a great job under difficult circumstances of voicing a super popular video game character and making it his own. The rest of the sound effects, from creaking doors in the dark to firey helicopter crashes all sound great alongside the intense orchestral soundtrack.

It looks like Blacklist has completely come together, and will be offering a fantastic gaming experience for action and stealth fans alike when it’s released on Xbox 360, PS3, Wii U, and PC on August 20.