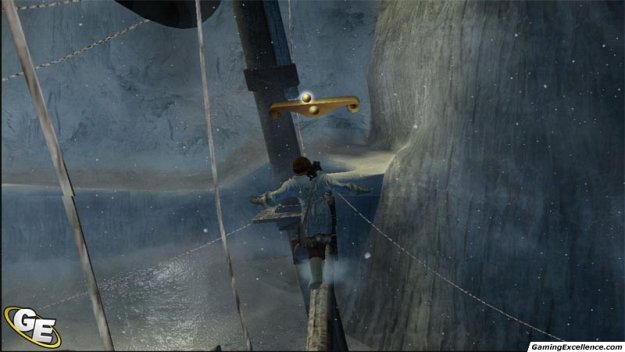 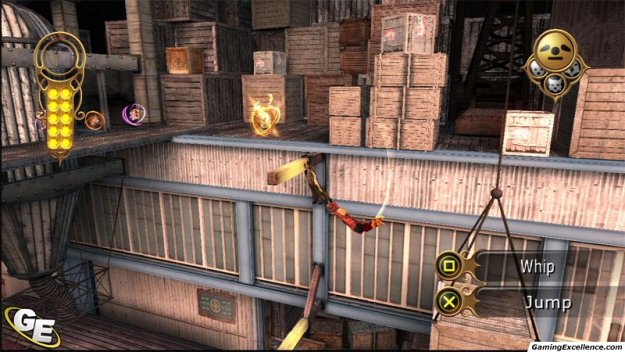 The Golden Compass is poised to be a huge money maker for New Line pictures this holiday season. Every since the Lord of the Rings made millions at the box-office and at the merchandise rack, everyone's been looking for their next big fantasy fix. Where ever you can find a lucrative movie franchise, a video game is sure to follow. Sure enough, Sega will be releasing their version of the Golden Compass on every current video game system known to man. The game is being developed by Shiny Entertainment, former developers of such beloved video game classics as Earthworm Jim, MDK, and Enter the Matrix. OK, so I was kidding about the last one, but nevertheless it's a decent track record.

A big selling point that Sega is promoting for the Golden Compass is the unprecedented amount of cooperation with New Line, the producers of the film, and Philip Pullman, author of The Golden Compass trilogy. The developers were given access to the script of the film, concept art, and the film set itself in an effort to make the game as faithful to the movies and books as possible. Sega is promising levels in the game that are from the book but will not appear in the movie, therefore fleshing out the story further.

In the game, you play as either the main character Lyra, or her trusty polar bear companion. The demo we played we were limited to playing as the polar bear. The main thrust of the game revolved around running around beating up a plethora of humans that were all very intent in killing the poor polar bear. You're given access to magic spells and physical attacks. You can also charge up a rush attack that does a lot more damage than your quick attacks, but leaves you open for a second or two. If you've played recent beat-em-ups like God of War you'll probably feel right at home. The game also features destructible environments such as collapsible towers.

While we didn't get a chance to take the Lyra sections out, Ken Balough of Sega informed us that her sections would allow you to "pan-shift yourself into the embodiment of a human soul." In other words, you'll be able to transform into a hawk, a cat, or other animals, which changes up how the game is played and your abilities. You can increase your speed and strength as a cat, or reach higher ground as a hawk to find secrets. It's definitely a neat mechanic that adds to the game's depth and gives it a bit of a RPG feel.

Since the game is being simultaneously developed for every major platform, it means that the high definition versions of the game aren't pushing the graphical envelope. Still, the game features some gorgeous environments, the main character animates well, and everything ran at a smooth frame rate.

Does The Golden Compass have what it takes to break the tradition of lousy movie licensed games? It's very possible, given the collaboration between the movie studio, author, and a developer with a rich pedigree. We'll find out for sure when The Golden Compass is released alongside the first film in December 2007.