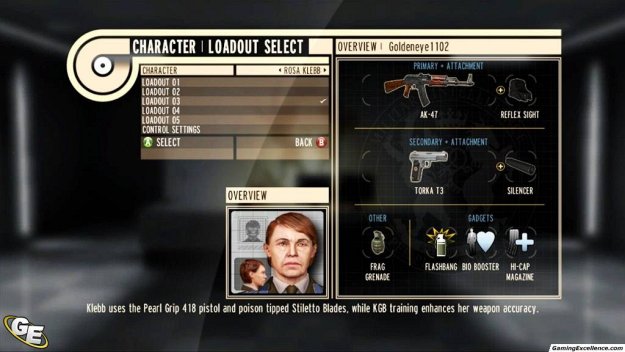 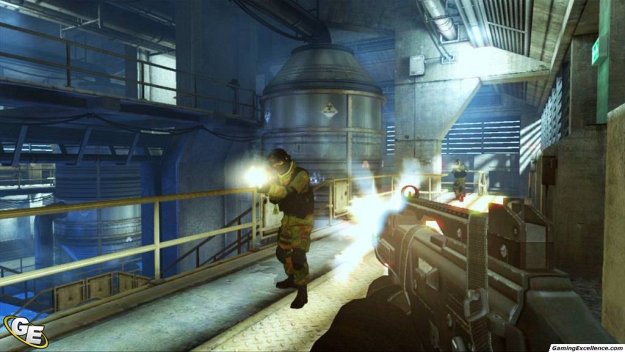 Released in 1997, the classic GoldenEye 007 on the Nintendo 64 was a staple on the platform, and one of the definitive first-person shooters of it's day. Last year, Activision released a re-imagined version of this classic shooter on the Nintendo Wii, and next month the game will make its way to the Xbox 360 and the PlayStation 3 with a variety of enhancements.

For those unfamiliar with last year's excellent GoldenEye 007 reimagining on the Wii, you're encouraged to check out our complete review of the game. In a nutshell, this isn't any old port, but instead a complete rethinking of the game. It takes the best elements of the original and remixes them into an updated story featuring Daniel Craig, with new levels that pay homage to the original Bond storyline.

So what's new in Reloaded? Plenty. For starters, the game features enhanced graphics over last year's Wii release and an improved engine that delivers a more cinematic combat experience. As well, the game offers up a variety of single player missions outside of the main campaign called 'Mi6 Ops Missions', with an array of objectives. Finally, you'll get a chance to step online via Xbox Live or PlayStation Network and compete in sixteen player multiplayer battles, or four-player split-screen on a single console.

Visually, Reloaded looks crisp, clean, and smooth, running at a consistent sixty frames per second. You'll find hints of the original GoldenEye 007 scattered throughout the levels, and in the visual styling from start to finish. Character models and facial expressions are nicely detailed, and environments are lush and colourful with vastly enhanced textures over last years Wii release.

Aside from the visual stylings, the single player campaign hasn't changed much since last year. However, you'll find a variety of single player missions available in the all-new Mi6 Ops Missions mode. These missions provide a wide variety of objectives including Assault, Elimination, Stealth, and Defence, and take place throughout various maps seen in the campaign mode. In our time with the game, these missions proved to be a highlight, fast paced with an ability to quickly pick up and play.

The real focus of Reloaded is on the multiplayer enhancements. The game supports sixteen player online gameplay across Xbox Live and PSN, or four-player split-screen action. A variety of modes are carried over from the Wii release such as Golden Gun, License to Kill, Conflict, Black Box Heroes, You Only Live Twice, and team variations on several of those. Five additional modes are new this time around, including Bomb Diffuse, where two teams try to locate and plant a single bomb in enemy territory, and Escalation, where players progress through a pre-determined arsenal, requiring a kill with each weapon to progress to the next weapon in the sequence. The winner is the first player to complete the sequence. Detonator Agent is a mode where one player carries a bomb with a sixty second fuse, and each elimination passes the bomb to the player killed. Finally, in Data Miner, one player has a data file that needs to be downloaded onto a central system while every other player is out to get you. Eliminating other players will increase your download rate, but it's still a challenge nevertheless. In our hands-on time with the multiplayer, I personally enjoyed the Escalation mode as a nice twist on the traditional deathmatch combat, and it was a highlight of the new multiplayer modes.

In terms of variety, GoldenEye 007: Reloaded includes the ten multiplayer maps that shipped with the Wii release (Archives, Outpost, Facility, Nightclub, Docks, Station, Memorial, Sewers, Jungle, and Industrial), as well as four additional maps (Solar, Plant, Carrier, Peak). Reloaded offers forty-four playable characters as well as fourteen classic characters, among them Oddjob, Jaws, Goldfinger, and Baron Samedi. As well, the Classic Conflict mode has been overhauled from last year's release to include eight signature weapons and unique abilities spread across the classic characters (for example, Jaws' steel teeth deflect some bullets harmlessly, while Dr. No's metal arms make him immune to bullet damage in both arms). Who doesn't want to give Dr. Kanaga's Shark Gun a shot, or throw one of Oddjob's deadly hats at an enemy?

One final note for those with the PS3 Sharpshooter peripheral: the game will offer full support, although as with most non-railed shooters, moving and targeting with the sharpshooter will certainly take some practice.

All in all, GoldenEye 007: Reloaded is shaping up to be an entertaining follow-up to the Wii release last year, and a solid successor to the legendary fourteen-year-old GoldenEye 007. The multiplayer enhancements and Mi6 Ops missions may not justify a new purchase from those who already own the Wii version, but if you haven't yet experienced Bond's latest adventure, it's worth checking out. The game will be available on November 1st on the Xbox 360 and PlayStation 3.