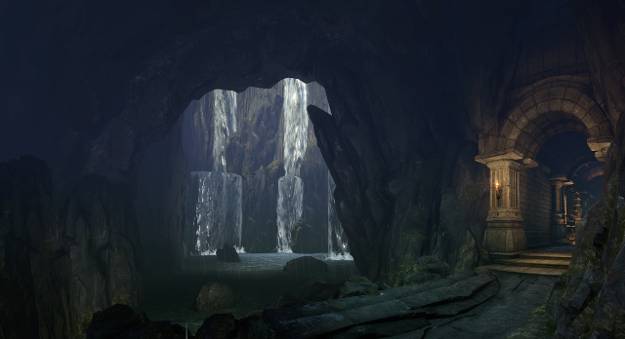 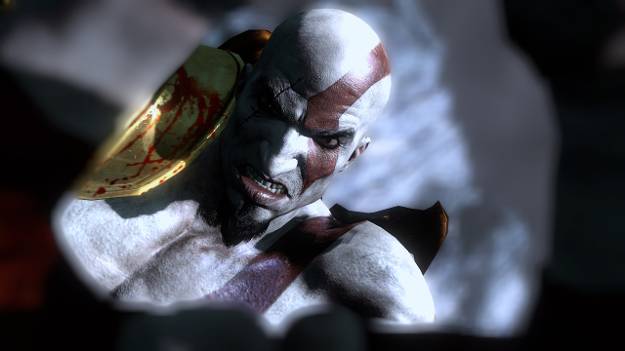 When the first God of War was released back in 2005 for the PlayStation 2, the world was introduced to one of the most badass video game characters ever: Kratos - the God-killing, blade-flinging, menage-a-trois-having Spartan who had an unquenchable thirst for revenge. The sequel, God of War 2, was undeniable the last best PS2 game, and ended in a cliffhanger that left fans craving more. Now, in God of War 3, Kratos is back, and he's angrier than ever.

The first thing you'll notice with Kratos' first foray onto the PlayStation 3 is that God of War has never looked so good. In the demo I played through, the graphics were sharp and clean, with Kratos himself looking particularly stunning. The same old quick time events are back, and look so good that it's hard to believe that they use the in-game graphics engine. What will really draw your attention to the screen, however, is the sheer massiveness of the environmental scale. While just walking around, it's easy to become mesmerized at the enormous ancient city off in the distance. It's just as hard not to notice the giant magma Titan moving about in the background.

In the demo, Helios, the Sun God, is attempting to fight this skyscraper-sized behemoth. Kratos, having unleashed the Titans upon Olympus at the end of God of War 2, would rather not have that happen, it seems. As I made my way through the demo, I had to vanquish hordes of unruly demons before addressing the epic battle unfolding in the background between Helios and the Titan. Combat in God of War 3 is just as visceral and intense as its predecessors…and even bloodier, if that's at all possible. Kratos still has a strong and weak attack in his arsenal, along with grabs, blocks, and dodges. He's got a couple of new moves as well, such as the ability to grab an enemy and use them as a battering ram to plow through crowds of baddies. The controls are largely unchanged, and fighting as Kratos is as fun as it's ever been.

The framerate held up surprisingly well in combat, as Kratos could twirl his trusty blades, hitting upwards of a dozen enemies at once, and it didn't drop at all. When not in combat, the HUD also disappears, which gives off a nice cinematic feel when solving puzzles or just exploring the environment. The animations looked superb as well, whether when ripping an enemy in half, or bashing their head into a marble column. They also looked extremely realistic, except for perhaps the rivers of blood flowing everywhere…not that I'm complaining.

Once I was finished with slaughtering scores of minions and disemboweling a centaur, Kratos finally got his chance at Helios. After hitting his chariot with a catapult, the Sun God faltered just enough to let the Titan grab him with his massive hand. Hurling the defeated God aside, I had to go make sure the job was finished, naturally. However, as the first two games proved, those Gods are tough buggers. A phalanx of troops attempted to protect the gravely injured Helios, but they were no match for Kratos' pet Cyclops, which can be user controlled after being beaten into submission. Once his pet's usefulness was outlived, Kratos tried to put him down as humanely as possible; by plucking his eye out with his bare hands, and receiving a steamy blood bath in the process. Did I mention this game could be gory at times?

Now defenseless, Helios was at Kratos' mercy - not a good position to be in. In one of the most gruesome yet awesome quick time events ever, Kratos rips Helios' head straight off. Why, may you ask? For a flashlight of course! Any time it gets dark, just whip out the bloody stump of a head; it also works great for temporarily blinding enemies and discovering hidden secrets.

With Helios defeated, it appeared as if Kratos wanted to take his own shot at the Titan. Using the Wings of Icarus, I jumped into an air vent that shot Kratos upwards, which resulted in a short mini-game that involved dodging falling debris and fireballs. Thankfully, Kratos was controlled by the left thumbstick, and not the sixaxis motion control. Unfortunately, when Kratos made his way to the top of the air vent and stood face to face with the monstrous Titan, the demo came to its conclusion. Talk about a cliffhanger.

The first God of War was one of the many great killer apps for Sony, and its sequel improved on it in almost every way. God of War 3 is looking to follow the tradition, and will easily be one of the best PS3 exclusives next year. If you're like me and can't wait until next March to get your Kratos fix, or if you're new to the series, make sure to check out the God of War Collection, which contains the first two games remastered for the PlayStation 3, that will be available on November 17th.