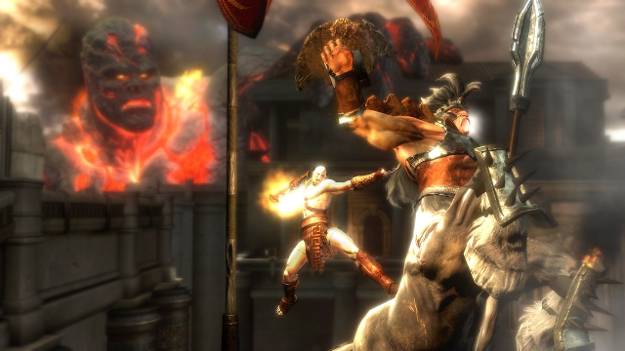 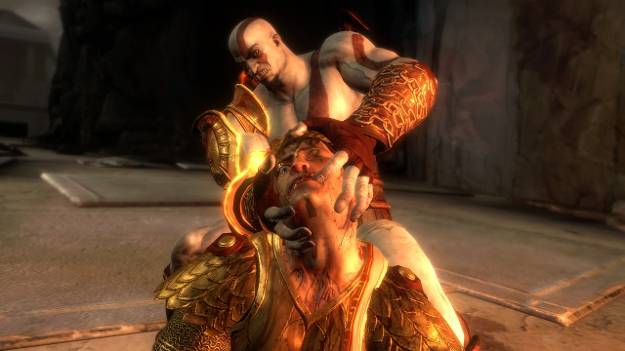 With these words, Kratos begins the third and final chapter of the God of War trilogy, as he closes in on killing Zeus, slaughtering everything in his path, to avenge the death of his wife and daughter. These words also began one of the most intense, exciting, revolutionary, and… adult… gaming experiences I have ever encountered.

Because it's so good, I don't want to do anything to take away a drop of enjoyment from the experience of playing the game. So I'm going to try to highly recommend it without dropping any spoilers. It's best to experience the game with only two things in mind:

Let yourself be surprised by the rest. Do not read too many reviews. Do not look up walkthroughs and hints online unless you're insanely stuck, which you shouldn't be if you're paying attention. Take the time to experience the game without reading ahead. Otherwise, you're cheating yourself, and things will feel too predictable.

To save some space here, I'll link you to last week's final impressions. It contains my original thoughts on the first twenty minutes of the game. I know y'all like to read as little as possible.

I was floored by the game even then, and my opinions on its technical standards have only improved. On the PS3, the bumps, jitters, and screen tearing that plagued its predecessors on the PS2 are all gone. There isn't a hint of lag, even with numerous explosions, giant monsters, and dozens of minions on the screen. There were no crashes. Load times were extremely short, and are only noticeable when I loaded a saved game.

All the monster designs have been given a fresh coat of paint, scales, rotting flesh, mangy fur and all. There are times you swear you're watching a movie while Kratos' warpaint glistens and his tortured, battle-worn face cycles through an impressive emotional range. Oh, and the topless women's nipples had porn-quality details.

Come on, I know you pervs who are really into the sex mini-games care about that.

The biggest technical achievement, however, is the rendering of the gigantic Titans. These suckers are so big that they're not just characters: they're moving, breathing, lag-free levels that, if you're not careful, will squish you. Imagine if the giant dudes in Shadow of the Colossus had things crawling all over them that were out for your blood. Now add bodies falling from the sky and really pissed off gods.

While all this was going on, I had my sound jacked way up, even louder than I have it to play Rock Band, because I found that the chants, roars and screams, the ringing of metal weapons and the boom of explosions, added to the theatrical feel of the game. My only audio complaint was that one especially gravelly-voiced god was impossible to understand without subtitles. Some of the voice work is pedestrian and predictable, but it didn't bother me, because the characters die pretty.

But, based on the preview, (you have all read that, RIGHT?!) I also had two concerns. Regarding the first, I am happy to be wrong: you do not have to play the first two games to enjoy part three.

It's better to know the story so far, but it's not necessary, thanks to the excellent writing. Even though Marianne Krawczyk wrote herself into a corner by killing too many characters in the first two parts, the return of some familiar corpses works, after a clunky start, if you give it a chance.

The game did flirt with the disaster of becoming too emo during its last third. I started to worry that the ending was going to cheese out and un-Kratos Kratos when the dialogue of certain characters started sounding like a recreation of Barack Obama's presidential campaign. But the ending is satisfying, and another indication of the fine balance the game strikes between maintaining its creative integrity and preserving a financially lucrative intellectual property. In a sense, threatening Kratos with warm fuzzies was the only way to create any sense of peril, because he's more badass than Chuck Norris.

Regarding my second concern however -- the issue of the extreme violence that is a hallmark of the series -- I underestimated Kratos' last stand. I had thought the demo and the preview would prepare me for the all pervasive gore, but just when I thought things couldn't get any more intense, I was proven wrong. I don't think a video game has ever made me physically ill before.

On one hand, the slaughter is directly linked to all the things that made me fall in love with the series in the first place: blood-soaked adrenaline overdoses, gorgeously elegant battles, and a wonderfully emotional story that contextualizes the body count. But despite Kratos having a cuddly spot for helpless little girls, he's still a mass murderer. Killing gives him drive and purpose, and teens who don't thoroughly understand the concept of an anti-hero may extract the wrong message -- if they're not outright traumatized by the game's more horrific turns.

Teens might also get the wrong idea about Kratos' womanizing, and focus on the quantity, instead of the quality, of the sexual encounters. But a feminist perspective on Kratos is something I will get to another day. Today I come to praise Kratos, not to bury him.

Seriously, turn off your inner social critic, take the game for what it is, and prepare to have your mind blown.

God of War III amazed me by its ability to embrace populism -- that is, to make a game that makes a lot of money -- without forsaking quality. Elegant, exacting design and attention to detail permeate every aspect of the game, creating an experience that's accessible, but still challenging, nuanced, and innovative.

The first-run play time is only about 10 to 12 hours long, but it feels much more substantial than that implies: there's no padding the levels with monotonous, easy kills. Just in case, however, there's a challenge mode that unlocks when you beat the game for the first time. There are also rumors of possible DLC to come. The game does not rely on an online collection of d-bags that teabag to stretch its value far beyond the campaign, however, so there's no multiplayer. Aforementioned d-bags: you have been duly notified. Play MAG instead.

The true replay value of God of War III, lies not as much in new content, but in going back to revisit individually epic moments of artful, delicious gore, or the increasingly human, weary moments when Kratos recognizes he's landed in yet another absurd, life-threatening situation. It's the video game equivalent of a favorite movie that you watch over and over again despite knowing every word.

If I didn't have to write this review I'd be replaying it right now, searching for little details I missed along the way the first time. The end of Kratos' vengeance was more than worth the long three-year wait. It's sure to win awards, and settle in to future "greatest games" countdown lists for years to come.