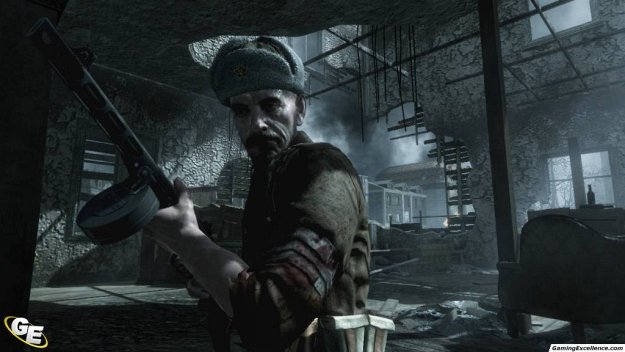 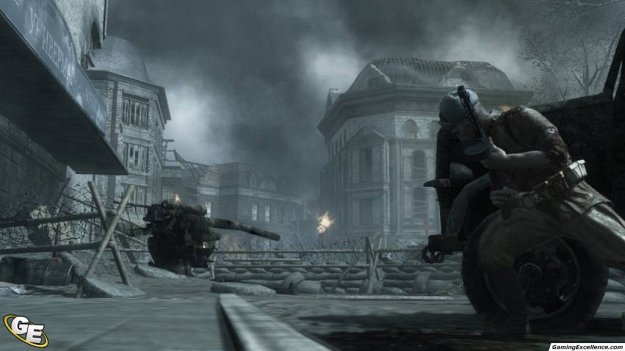 Any shooter fan worth their weight in M1 Garands has been through World War II at least a couple of times throughout their gaming career. The genre has been one of the most popular settings for a shooter since the glory days of Wolfenstein 3D on DOS. Granted, things have gotten grittier, more realistic, and more intense since the days we took on Mecha-Hitler with our trusty chainguns. Generally, the more successful WWII series has been the Call of Duty series, especially in the latest hardware generation.

In what has become a yearly tradition, Activision has released a new Call of Duty game every holiday season, and of course this year is no different. However, instead of a new Call of Duty by creators Infinity Ward, World at War's development duties have come upon CoD3's Treyarch studios. While this newest instalment still doesn't reach the lofty heights set forth by Infinity Ward's CoD2 and CoD4: Modern Warfare, World at War proves a worthy addition to the series.

While last year's tour of duty had us going to the Middle East in a jarringly modern setting, World at War brings us back to the 1940's, but not in the way you're used to. This time around, instead of playing through D-day and the American advances through Western Europe, you'll be playing through the final days of the war. You'll play as both the Americans as they take on the Japanese in the Pacific theatre, and the Russian advance into the heart of Berlin. It's a refreshing change while maintaining the comfortable feel of your average WWII shooter.

Unfortunately, the game doesn't shed much insight into these key battles that helped conclude the war in favour of the allies. Most levels begin with a voice over and some brief details about the upcoming mission. Then you're tossed right into the heat of battle. Unfortunately, it's all sound and fury signifying nothing. While the gameplay remains as rock solid as ever, there's no character development, no getting to know your squad, and no real motivation to keep going aside from shooting more enemy troops. The gameplay is very linear, and the game can be beaten in roughly 6 hours on normal difficulty. For exclusive single players, it'll be hard to justify a purchase over a rental. As least the animated cutscenes between each level are really stylish and cool to watch.

For the weapons fans, this title introduces some welcome additions, including bayonets, double barrelled shotguns, and a flamethrower. All the weapons control and feel great, even though it seems like there isn't enough recoil on some machine guns. The flamethrower in particular had me giggling with glee as I set troop after troop on fire. Hmmm, maybe I'm sick and need some help…

For those brave enough, the Hardened and Veteran difficulty levels will provide a stiff challenge, requiring nothing less than lightning quick reflexes, lots of cover, and in most cases, all the luck in the world.

In a new addition to the CoD series, there is now a few fully featured co-operative modes. Not only is there now a split screen mode for two players, and full 4 player online co-op. When playing online, there are a few tweaks that will likely keep you coming back for more. You can play a competitive co-op where you compete with your teammates for whoever gets the most kills, or play a straight co-op through the story mode. Further enhancing the co-op mode are unlockable death cards. Each card adds an extra challenge like letting dead enemies rise again, making grenades useless and so on.

The best feature of World at War, however, is the unlockable Nazi Zombies mode. Once you beat the game, this shockingly fun mode is available in both single player and multiplayer. Nazi Zombies drops you in the middle of a barricaded cabin, and charges you to survive wave after wave of zombies who are trying to break in. Players acquire points for shooting zombies (extra points for headshots) and repairing destroyed barricades. The points are used to purchase weapons and open up new areas of the cabin, which gives you more places to flee if you get overrun. It's not actually possible to win this mode, as each round the zombies get faster, more numerous and harder to kill. This mode is terribly addictive, and most of my time with multiplayer was spent in this mode. Sure, it's goofy, and bizarre, but it's an addictive little ditty nonetheless. It's just a shame that there's only one level to play. Let's hope for some downloadable content that will expand this mode.

The bread and butter of the Call of Duty series has always been its multiplayer, and this instalment is no different. Most of the features players loved about CoD4 multiplayer have come back with a vengeance here. The perks system has returned, allowing players to spend points earned through kills and challenges to unlock new multiplayer modes, weapons, and player enhancements. The competition online is pretty cutthroat, so you'll need all the perks you can get. Unfortunately, beginners will be thrown right into the fire with fully perked out players while they're stuck with the peashooters at the start. Even the boot camp rooms with level caps give certain players an unfair advantage. Still, it's a pretty good consolation once you get a few levels behind your belt and start decimating those newbs yourself. It's important to note, that the console versions only allow for 12 players instead of the PC version's 40.

World at War runs on the same engine as CoD4, which obviously means that this game is a treat for the eyes. The game always runs at a smooth framerate, despite the insane amounts of action unfolding onscreen at any given moment. World at War is also by far the most gruesome Call of Duty game to date, which means that you'll be privy to some gruesome effects, including immolations and severed limbs. The environments also look fantastic, with fully animated foliage. Fire also plays a big role, as fields will catch and burn during flame thrower battles. Only some awkward looking facial modelling mars what is otherwise a fantastic visual presentation.

Audio on the other hand, is a huge disappointment considering the pedigree of the series. Gone are the punchy, powerful sounding weapons of past titles, replaced with what sound like pop guns. Worse than that though, are some serious sound mixing issues that suck a lot of immersion out of the experience. Voices are far too quiet, making it impossible to discern orders and basically hear anything that is being said to you, and the music is far too loud as are gunshots that don't come from your weapon. I messed with the sliders to fix the issue, but to little avail. I even popped in my copy of CoD2 just to make sure that it wasn't my surround system messing up on me, which it wasn't. While the game also features voice work from Mr. Jack Bauer himself, Kiefer Sutherland, his performance is uninspiring and phoned in. The voice acting in general is actually pretty lousy. Also, while the soundtrack is mostly solid, there a few rather inappropriate heavy guitar riffs that I also could have done without.

If all you're looking for is more of the same, then Call of Duty: World at War is certainly a worthy addition to the franchise. After a lacklustre Call of Duty 3, Treyarch has made up for their past missteps and given Call of Duty fans something to tide them over until the next inevitable Infinity Ward release. Despite an underwhelming single player campaign, the superlative multiplayer modes more than make up for it. Now if you'll excuse me, I know some Nazi zombies who need to introduced to the noisy end of my M1 Garand.