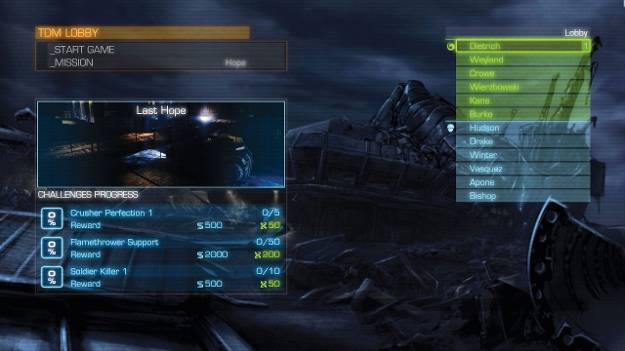 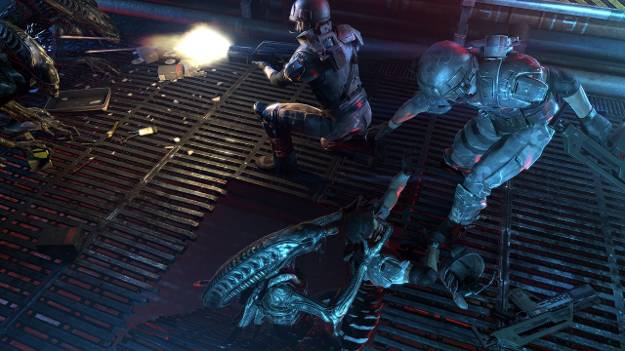 One of the first things that Gearbox president Randy Pitchford said to me and the crowd at Sega's booth before the impressive demo of Aliens: Colonial Marines at E3 rang very true. "Myself and a lot of other game developers have been ripping off Aliens our whole careers," he said. "This franchise has affected us all, and I'm very proud to say that, holy crap, we're making an Aliens game!"

I came away very impressed with the demo of the game, but not for the typical reasons. Most games I see at E3 or other conventions of its ilk are trying to come up with a new game mechanic, and new gimmick, a new technological advancement to set itself apart from the crowd. The gaming industry is one that feels the need to constantly top itself with new bells and whistles. Some hit, most miss, but thankfully, this new Aliens experience is side-stepping it all.

I didn't see anything in the demo that I haven't seen in other games. At its heart, Aliens is simply an average shooter with up to date mechanics and pretty graphics. This is not a bad thing. Rather than spending all their time shoe-horning in a lousy story or new play mechanics, the gurus at Gearbox have simply used their time to create what seems to be a very polished shooter experience, one that treats the Alien franchise with the respect it deserves. It also helps that the script is being written by Battlestar Galactica scribes Bradley Thompson and David Weddle.

"We have the full blessing of the filmmakers," said Pitchford. "They have faith that we're treating the material with the respect it deserves." As a huge fan of the film series, I have the same faith after seeing the demo.

Colonial Marines is a true sequel to James Cameron's 1986 film, Aliens. The demo we witnessed has a new group of marines exploring the remnants of Hadley's Hope, the industrial atmosphere processing facility of the film. A giant nuclear explosion has ripped the facility apart, but it didn't wipe out the Aliens on the planet. Instead, some new versions of Aliens, such as the hard charging Crusher, are licking both sets of lips for a bite of colonial marine pie. The film ties directly into the game, without eliminating the plot progression to the third Alien film. It snuggles nicely in the canon of the franchise. We were also promised the opportunity to explore other settings from the film, like the space ship Sulaco, the derelict space craft that houses the Alien eggs, and other locations around the planet seen in the film.

The action we saw in the demo was harried and intense, just like the film. Weapons and items were all standard from the films, including the pulse rifle with over/under grenade launcher, shotgun, flamethrower, smartgun, grenades and machine gun turrets. Any are good to keep around for close encounters. The highlight of the action is how the Aliens use a brand new AI engine to determine their best paths via the ground, floor, ceilings, and air vents. Some events were clearly scripted, but after watching the demo a second time, I noticed some significant changes in the routines of the Alien enemies from one viewing to the next.

Being that the game is called Colonial Marines and not Marine, it shouldn't come to much surprise that the game supports co-op play of the drop-in, drop-out variety. Considering Gearbox's experience with such mechanics with the multiplayer hit Borderlands, expect this feature to work like a charm and encourage some great multiplayer action. Pitchford wouldn't confirm if the game would support split-screen co-op or if it was solely online, but according to Wikipedia, the game will support two player split screen.

The Aliens themselves are beautifully animated and the environments were packed special effects and with little details straight from the movie. Explosions and firefights looked great and ran smoothly too. To help immersion, there's no HUD to speak of, and the marine had to lower his gun to look at his motion tracker. Pitchford also confirmed that the game is running an all-new proprietary Gearbox engine (a heavily modified Unreal 3 engine with a new renderer) that they intend to use for future titles.