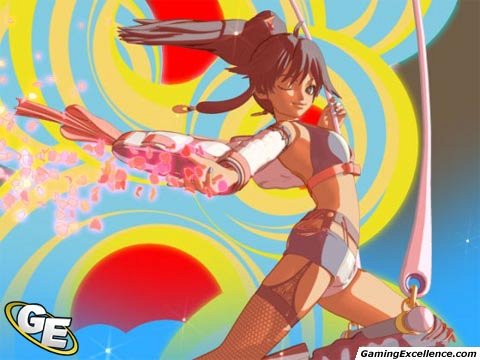 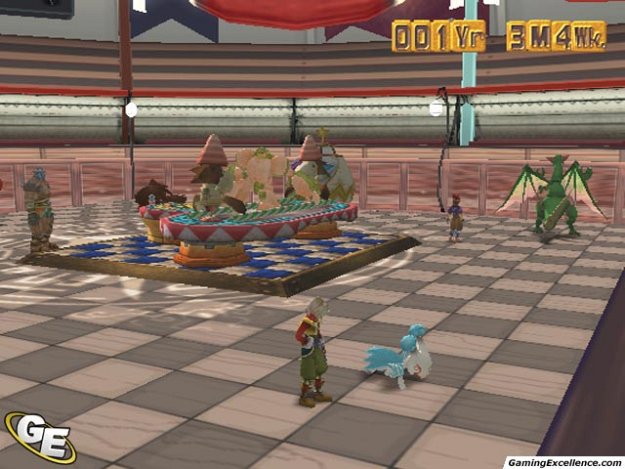 Credit must be given, once again, to Tecmo for taking chances on titles that other publishers would balk at. Over the years, Tecmo has published more niche titles that I've enjoyed than almost every other publisher combined. But now it seems that the Monster Rancher series, after four outings with little change, has decided to spread itself out to the mainstream world. The end-product is one that will indeed appeal to a broader audience, but at the same time, may leave long-time fans scratching their heads.

At its core, the Monster Rancher series has always been about creating/discovering a new monster (by using CD's, game discs and DVD's lying around the house), training him and pitting him against other monsters in an arena. Yes, it sounds simple, but the concept (at first anyway) was pretty engaging. It was fun to see what certain discs would yield and much like the Tamagotchi craze, there was a certain satisfaction to be had from properly raising a monster. Monster Rancher EVO however, tries to add an RPG element to the mix. Now you'll find fetch quests, boss monsters to fight, towns to visit, items to buy, a deeper story, dungeons and even experience points. This adds a new dimension to the mix, but everything isn't as fleshed out as it should be and the end-product sometimes feels more like a hodge-podge than a concise idea.

The story takes place in a circus this time around, with a main character named Julio. Luckily, you can change his and almost every other name in the game. You'll still generate monsters from saucers and set-up training for them (and assign a trainer). Unfortunately, the interface used to make almost all your decisions is counter-intuitive and bulky and even with the few tidbits of training you get (both in-game and in the game's manual) it's hard to know what some options really do. Add to this the fact that the game doesn't really go into detail about the day-to-day details of raising/training a monster and you may find yourself wondering why everything feels so complicated (when it's really not) even with all the initial hand-holding the game bestows upon you.

Luckily, there are still some bright spots; the DDR-like training mini-games are fun at first (before you realize how few there are and how repetitive they get - even at higher levels), the fighting is well handled (a mixture of turn-based/real-time combat with the ability to control your character's placement in battle - the fighting also gets better as your monsters learn new abilities and such) and creating and raising new monsters proves to still be fun. The RPG elements, while sometimes feeling shallow, add a lot of variety to the proceedings and the character/monster designs are inspired.

As with most niche titles, Monster Rancher EVO tries to emulate a very distinct style and coupled with the circus theme, this shouldn't be too hard. The art style/direction is really well handled (as evident in the opening cinematic) with the only downside being the palette of color chosen. Picturing a circus generally entails bright, bold colors. But Monster Rancher EVO tends to stray towards the drab/dull end of the spectrum and manages to lose a lots of its carnival atmosphere. The graphics engine however, is surprisingly robust and the camera controls are well handled.

In the audio department, the music tries to follow a theme, but generally falls flat and becomes repetitive and boring early on. The few voice clips are no better and the written dialog is hit and miss throughout the game. Some characters are fun to talk to, but others go on for very long about tedious things that I generally wanted to skip as quickly as possible.

In the end, Monster Rancher EVO isn't a bad game, especially if you're new to the series, but it is a game that's hard to pigeon-hole. While it is clearly a departure from the Monster Rancher series, it's hard to know who the game was really aimed at; fans or newcomers, older gamers or younger ones. As a fan of the series, I appreciated the new RPG-ish additions, but didn't care much for the circus theme. The mini-games while fun at first became old fast. I can imagine that someone with no prior experience with the series would appreciate it more than I did. Hopefully, EVO will prove to be a transitional game for the Monster Rancher series and we will see a true (and complete) evolution to the series sometime in the future.