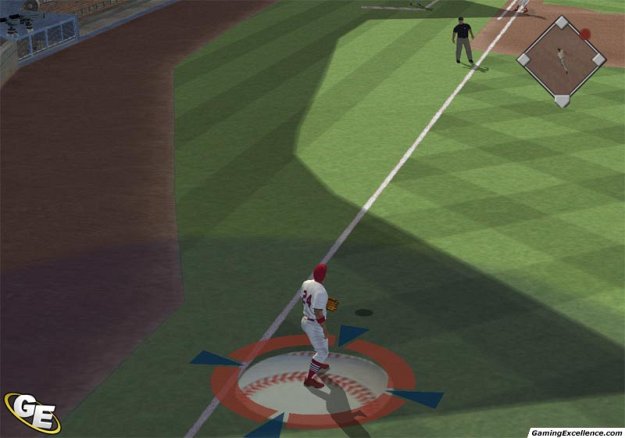 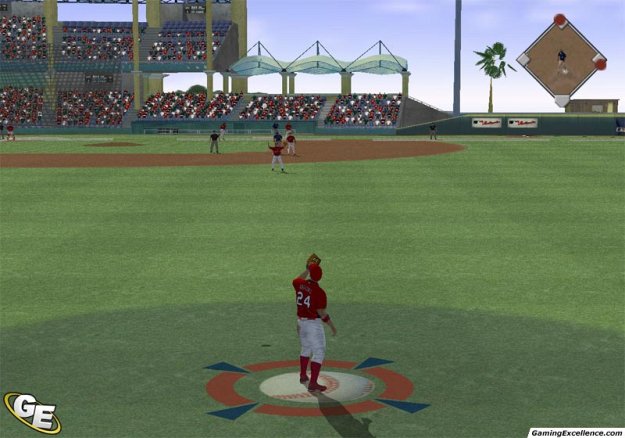 At first glance MLB 07 the Show looks nearly identical to last year's edition, a trend that seems to plague many sports franchises after many outings. A few new gameplay tweaks and an innovative new Road to the Show career mode are the most noticeable additions to this year's offering. MLB 07 the Show is a solid game of baseball, but is it ultimately a better title than last years?

One of the strengths of MLB 06 was that it offered up a variety of different gameplay modes that provided an excellent amount of depth, notably the Franchise and Career modes, as well as quick pick up and play fun with the Home Run Derby and King of the Diamond modes. All of these make a return in 07 along with the Manager mode where you take control of your team from beyond the diamond. The rivalry mode pits two teams against one another until a certain number of points are accumulated to determine which team really is the better ball club. If you prefer to just dive right into the action and forego all the menus and options, then the quick play mode is also available. You pick your teams and you are set to go. Online play returns with new online leagues for those who want to take on up to twenty nine other baseball enthusiasts. Game sliders are there to provide a little flexibility and help keep things consistent for everyone.

The two main modes of play are Franchise and Road to the Show. The latter is the more diverse of the two modes giving you complete control over everything that is involved in running a professional sports team. You can select your team by using the default rosters or by running a fantasy draft. Numerous tasks that are expected to be accomplished over the course of the season becomes your main focus. You may need to have players finish in the top ten in the league in hitting percentages, or you might have to balance ticket prices, along with concessions, as to maximize the number of people who come out to the ball park. You can even take control of your team and play certain games if you feel a more hands-on approach is necessary. The amount of choice you are given into running your team is significant. Your team's potential success may vary well depend on the decisions you did (or did not) make.

The Road to the Show Career Mode is an entirely different monster altogether. You take control of just one player. After creating your virtual ball player with the rudimentary create-a-player option (which also allows you to import your face through the eye-toy peripheral), you will find yourself in spring training where you are playing for a contract to stick with the big club. The game implements a handy fast-forward feature which accelerates the game to points where it involves your player. The tasks laid out to you are straightforward. If you're up to bat, you might be expected to get on base, drive a run home, or make the opposition just work to get you out. As a pitcher, you can expect to be told to strike batters out, or simply prevent them from getting on base. You'll know you achieved what was being asked with a rudimentary "goal succeeded" or "goal failed" pop up message. Successfully completing tasks gives you experience points you can use to improve the various attributes of your player.

Pitching and catching are not the only areas you need to be concerned with in the Road to the Show. Fielding and base running also have "tasks" associated with them. This is where some of the quirks start to surface. When fielding, the chances of the ball coming your way are usually quite good, yet on occasion the ball will land nowhere near a player, which can be a little disorienting when trying to direct a player to grab the ball. Speaking of disorienting, once you reach a base safely; you take control of your player with the purpose of getting him around the bases. The camera makes things difficult since it is focused on your player and not where the ball may end up being hit. A routine pop fly hit can leave you a sitting duck for what should be an easy out to avoid. The game also slows to a crawl when you are waiting for the computer controlled players to go through their turns at the plate; after numerous pitches the end result may be a strike out leaving you wondering what the point of sitting through it all was. Where is that fast-forward alternative when you really need it?

MLB 07 the Show does offer up some new gameplay elements. One of these is the Adaptive Pitching Intelligence which serves as a guide in identifying the most ideal pitch to throw and where you should position it. It's not perfect but it can be useful in helping you become more comfortable to the game's pitching system. The rest of the new gameplay features are a mixed bag that does not alter the way the game is played significantly. Rounding out these additions are confidence levels which take into account which pitches your players have the most confidence in either throwing or hitting. A swing analysis function helps you improve your decisions at the plate while umpire personalities give you an idea how close or far the umpires calls may be throughout a game. Often you will be unable to determine the kind of umpire you have calling the game until the later innings. It is something that experienced gamers will often overlook.

The new base running targeting system lets you control where your players run easily with a flick of the left analog stick. One gripe that comes from base running is that your players have a tendency to stop once they reach a base even when you know they can make it an extra base. This pause ends up making some plays much closer than they need to be. It doesn't help when the computer AI can run the bases fluidly without stoppage. Also new to MLB 07 is the throwing meter which determines how strong your throws are. It helps add a bit of strategy into how far and hard your throws need to be but the game sometimes ignores how long you held the button down. The result is most of your throws going where you would like them to go. This is not necessarily a bad thing but does take away from the idea of being able to use the throwing meter effectively.

Visually, MLB 07 is very much the same as 06. Most of the players look like their real life counterparts with moderate detail. The arenas look respectable even with the same generic billboards that we grew accustomed to last year. The crowds usually look like an inconceivable mess with a typical swapped palette used in an attempt to distinguish one fan from another. The animations are plentiful with hundreds of official batting stances and pitching windups. The plays in the field are various as players use an assortment of different motions to catch a ball whether they are sliding, jumping, running or just standing still. The animations on the players' faces on the other hand range from decent to bizarre. One instance saw one of my players hit a deep shot over the left field wall. When he made his return to home plate he was "high-fiving" his teammates and had his hands raised in triumph but the look on his face made it appear as if he'd just been kicked in the junk.

Matt Vargersian on play-by-play and Dave Campbell and Rex Hudler on color commentary return as the voices for MLB 07 the Show. They do a fairly decent job of calling the action. The inclusions of minute details such as a player's present hitting streak or a team's inability to drive in anything but singles are nice touches. There are times when the commentary lags behind the game but overall, they perform admirably even if they sound uninspired in execution. The rest of the game's audio is decent with the sounds of balls hitting bats and crowds cheering and booing sounding genuinely authentic. The in game music covers an assortment of genres with the likes of Alexisonfire, Fall Out Boy, Jet, and My Chemical Romance, among others.

So is MLB 07 the Show really worth picking up if you already have 06? Both games provide excellent gameplay, and really the only major improvement to MLB 07 is the addition of the Road to the Show mode. If you've already got MLB 06, it's difficult to justify the upgrade unless this mode particularly interests you, but for those new to the series then MLB 07 is worth the purchase for any fan of the sport.