Jak X Combat Racing is a racing game developed by Naughty Dog for the PlayStation 2. The game was released on October 25, 2005.

Video games, in some cases, are very much like Hollywood movies. For one; when successful, they both net into the millions of dollars. Secondly, they each feature readily identifiable faces (and bodies) that people will pay to see again and again. And finally, like many actors and actresses who try their hand at singing and other failed forms of over-exposure, videogame makers believe that they can cross genres without repercussions. Read More. 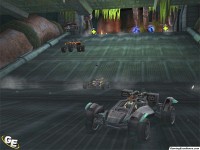 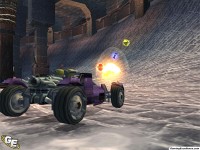 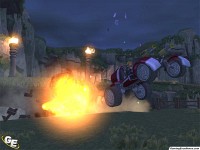