Ace Combat Zero: The Belkan War is a simulation game developed by Namco for the PlayStation 2. The game was released on April 25, 2006.

Ace Combat Zero: The Belkan War is the latest entry into Namco's long-running franchise, and the follow-up to the 2004 release, Ace Combat 5: The Unsung War. The game takes place a decade prior to the previous release, and offers up the brand of gameplay that the franchise is known for. Read More. 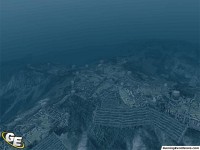