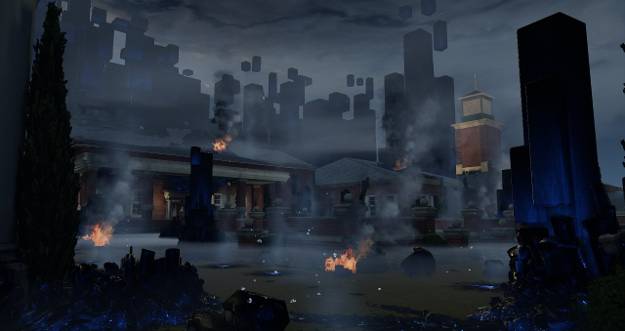 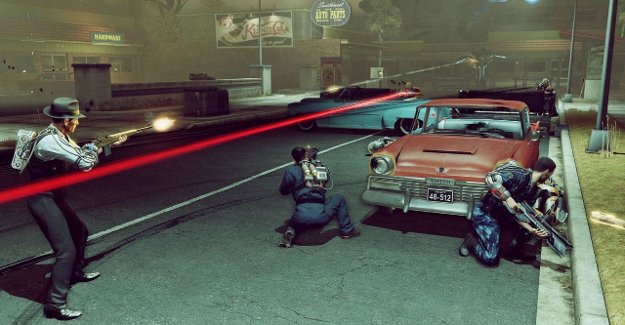 Back in ye olde days of 2009 when the XCOM reboot was first announced as a Bioshock-esque first-person shooter the reception was less than positive. There was a good reason for this – the game looked really bad. Not only did it not look like a good X-Com game but it just didn’t look all that great all around. Except for the alien designs that is but more on that later. All of the really dumb PR commentary coming out of 2k didn’t make matters any better for a while there.

Then the game was put on the back burner while 2k fired out a true X-Com reboot there and all was right in the world. The game was great fun and harder than an adamantium anvil. 2k then quietly began to trot out some press materials to announce The Bureau’s release before dropping it rather quietly into the market with almost no reviews up, few press copies sent out and them generally treating it like a dark blight on the world. Well when a company acts that embarrassed by product I have to play it, that’s how Mindjack ended up on my shelves after all.

Imagine my surprise upon popping the game into the Xbox and noticing that it’s actually not that bad. Wait, no it’s actually a pretty damn good game.

The Bureau: XCOM Declassified follows the story of Agent Carter, a CIA operative who has been tasked with delivering a package to Groom Range, a military base set up in Nevada where top secret experiments are done. As he attempts to deliver this mystery suitcase to his superior he is attacked by a person with black fluid oozing out of their eyes and nose shortly before the base comes under siege by little grey men with bizarre weaponry. It’s not long before he finds himself recruited to be a primary operative of the XCOM initiative, a team of American specialists from all fields that join together to take out this new threat to the good ol’ U.S. of A. 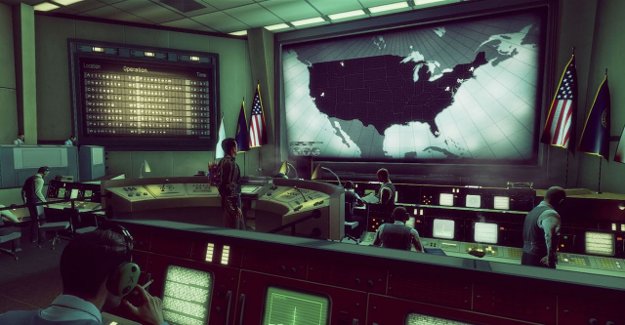 While the general setup of the game sounds like a fairly cookie-cutter origin story it’s where the game goes from here that is interesting. The aliens are pretty well fleshed out thanks to a number of very revealing conversations, giving real characterization that helps the player understand what’s going on beyond “Uhmagerd, it’s the aliens! Shoot them for great justice!” There are even a few plot twists that were genuinely surprising along the way that cause dramatic shifts in the game you honestly wouldn’t expect. Foreshadowing, strange events and even the source of your powers all add up to a remarkably well written plot for what 2k is acting like is a throwaway game.

Playing the game itself is a mixed bag. It starts out just fine, controlling like any third person shooter on the market that makes generous use of cover. It plays a lot like Mass Effect, even letting you give orders to your party members using a command wheel much like is found in those titles. Unlike Mass Effect time keeps moving, albeit incredibly slowly, so you’ll need to give orders quickly and efficiently or risk being overwhelmed. The wheel can be a bit unresponsive at times, getting stuck in one characters part of the wheel when you’re trying to pick a power that’s in another part of said wheel but this isn’t a huge issue much of the time. 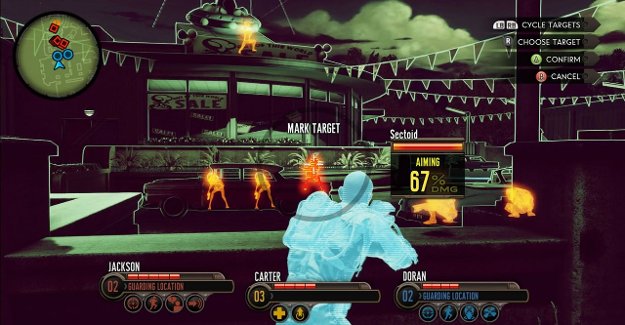 The actual issues do come up when things start getting crazy though. Much like in most third-person shooters you use the same button for running as you do for taking cover. This will lead to plenty of cover humping when you’re trying to run for your life. You’ll find this same problem replicated when trying to reload a weapon. If you are too close to a weapon you can pick up, you’ll swap weapons instead of just reloading. I’ve no idea why they didn’t employ a “tap X / Square to reload, hold X / square to swap guns” mechanic but it does get in the way.

All of that are small beans compared to dealing with the squad mate A.I. though. Your squaddies are generally smart enough, taking cover and shooting when they have a clear shot at an enemy’s position. But when things get hectic, or a large armored enemy is advanced on your position, the A.I. just totally craps the proverbial bed. It will try to run from cover to cover when it’s far too dangerous to do so. It will target an unimportant enemy because it’s closer, ignoring a bigger enemy moving in on you. They will happily lean out to take pot shots at snipers they can barely hit, leaving themselves open to be shredded by return fire from those snipers. Oh and they never use their powers on their own, you must manually trigger them. For some people this can make the game insanely frustrating.

However, as much as it pains me to say, that’s just a sign that they’re not doing it right. The A.I. might not be all that smart but that’s mostly because it’s designed with an active player in mind, expecting you to be controlling their actions in battle constantly. Telling them to focus fire on a particular enemy? They won’t target anyone else and they do increased damage. Don’t want them running across the field to escape an incoming enemy? You can set a series of waypoints for them to travel, letting them slip around cover to evade the bulk of enemy fire. Lastly the powers are meant to be used very strategically, as evidenced by the very long cooldown timers on most of them, so you should be very carefully choosing when they’re used, not letting the computer just waste it. Is it annoying? Yes. But it was meant to require greater player input than most games that use similar mechanics so its justified at least.

What isn’t quite so justified is why the graphics are so terrible. Well that’s not entirely fair, the environments look just fine for the most part and the enemy models look pretty cool actually. A better question would be why all the human character models look so… fake. Their skin looks like it’s made of plastic, their hair is like  a colored blob with bits shaped to give an approximation of what hair looks like and their animations are a bit on the stiff side. I’m not entirely sure why the humans, who you’re staring at most of the time, are animated so poorly but the aliens look amazing unless the game was still meant to be a first-person shooter and only changed near the end of development. Perhaps it was originally like Deus Ex: Human Revolution, a first-person shooter with well-developed cover mechanics, but as it stands it’s not all that impressive.

It’s also possible that the issue here is that the developers were just not all that familiar with Unreal Engine 3. The game stuttering as things load in, character models and environments having slow loading issues and graphical tearing in areas where light and shadows intersect all seem to be evidence of either a really rushed development or inexperience on the part of some of the developers. Either that or all the behind the scenes drama really took its toll.

But possibly the biggest issue with the games look is the design itself. On the one hand you have this fantastic 1960’s look to everything you interact with that gives off this really great atmosphere to the levels. On the other hand you’ve got alien technology that looks decidedly unimpressive. There are a few areas where the black liquid that is infecting people can be seen oozing out between the metal, giving it a much more sinister look but this is few and far between. 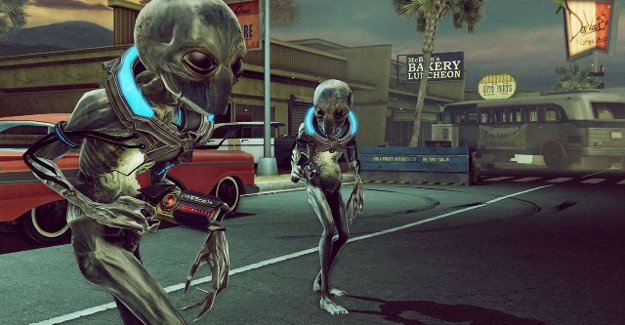 The developers also shot themselves in the foot by using X-Com alien names and designs without really building on it too much. You’ll only see Sectoids, Sectopods, Outsiders (who are totally different than they were in the reboot), Mutons and Ethereals (also very different). The game would have benefitted greatly from using the more disturbingly alien, cube like monsters from the original reveal of the game. This would have set the game in the same universe, where a military organization stands against an alien menace, but made it feel like a more unique title to stand alongside the reboot as opposed to what seems to be an alternate continuity to it. They either should have worked harder integrate the two games or separated them entirely since this would have worked just fine as an original IP without all of the baggage from initial announcement of the FPS.

Luckily the core aspect to this game really works. You’ve got your character, Agent Carter, with a few unique abilities that really help out, such as healing your allies or mind controlling enemies. Then you can bring two people along on each mission, chosen from one of four classes. Each class has its own skill tree with abilities you can pick at diverging points, so the Scout can either turn invisible and flank enemies or create a hologram to distract them. All of these abilities are really useful although some are much more useful than others. Notably the poor Medic is just not that useful, specializing in combat buffs, that aren’t too impressive, or personal shields, that are only helpful at maxed level and not even then. Meanwhile the Scout and Engineer get what feel like gamebreaking abilities, especially with the right equipment, like something to let them use skills more often. Even if you find the Scout or Engineer to be weak to start with you can just deploy them on NPC missions or even bring him along on side missions to level grind him before tackling the next storyline mission. 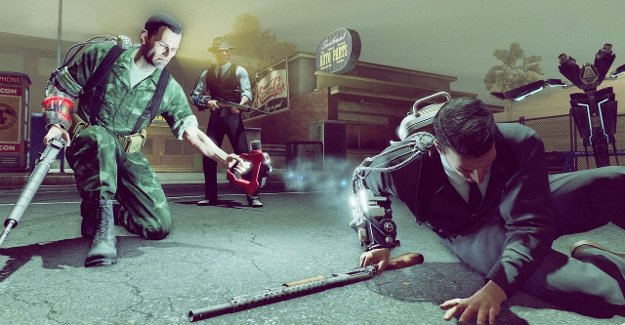 Then the game sticks you into a number of really exciting scenes. It might start off with you battling aliens coming out of drop pods (more like teleporters fired at the planet) or crawling out of the environment. But then a Muton or Sectopod is dropped in, forcing you to run for cover and readjust your plan of attack. Then a flying gunship joins the fray and you’ll scramble desperately for aerial cover as you whittle down its armor to drop it from the sky. These missions are a lot of fun and you never know when the next will come so you’re always a bit jumpy for them.

To be frank there are probably games that are technically better than The Bureau: XCOM Declassified. Mass Effect 3, for example, was a damn near perfect video game. But what The Bureau does with its story is infinitely more interesting than almost any other third-person shooter I’ve played in years. Plus there’s a feeling of really trying put into this whole package, trying to create something new that doesn’t alienate the existing fans. Does it succeed? This is based on each individuals opinion but I’m going to go with yes.